WHEN Alexis Mac Allister first met Graham Potter he wanted to KILL him.

But on Saturday the Brighton midfielder is looking forward to welcoming his former boss back to the Amex for the first time since he left to take the Chelsea job last month. 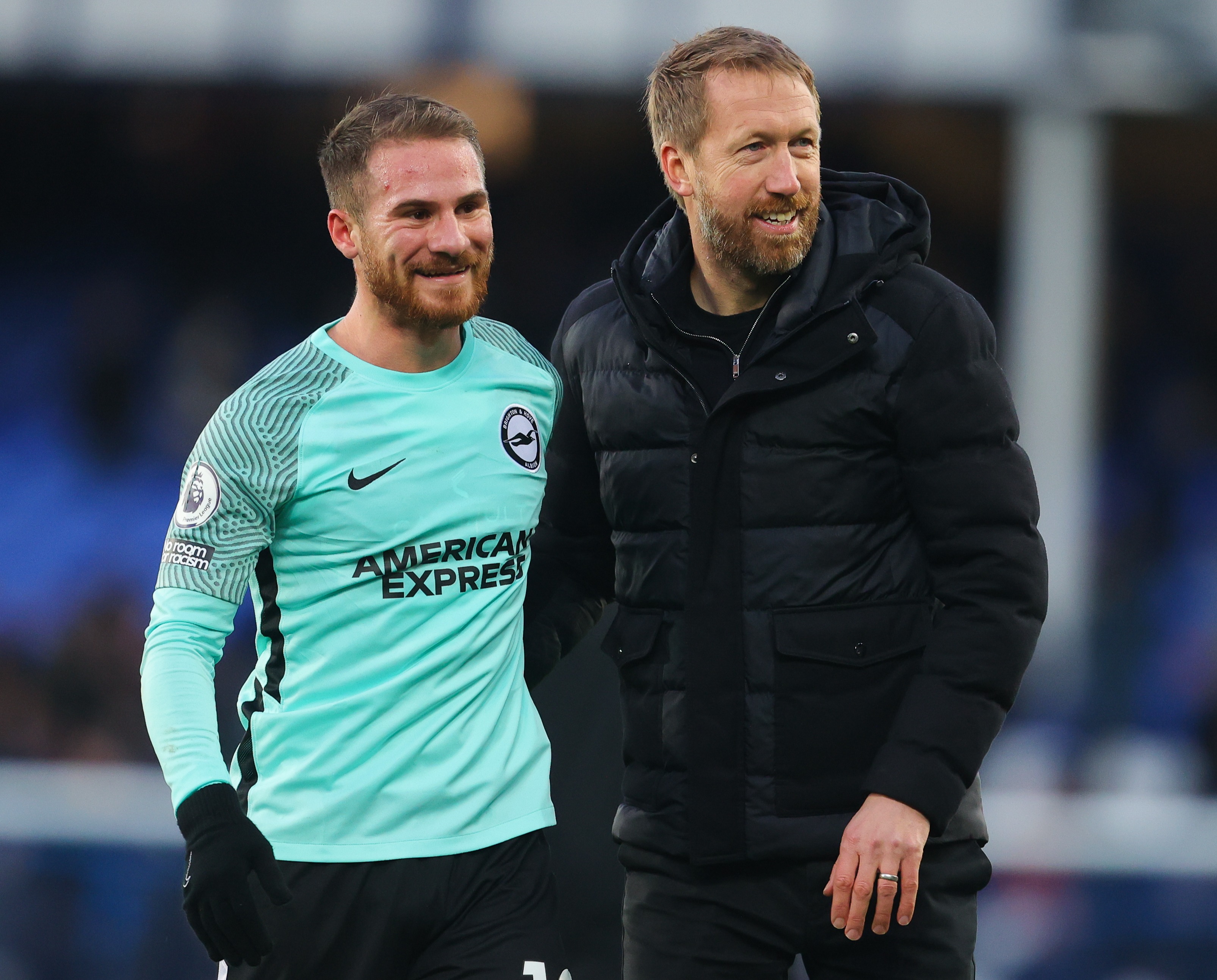 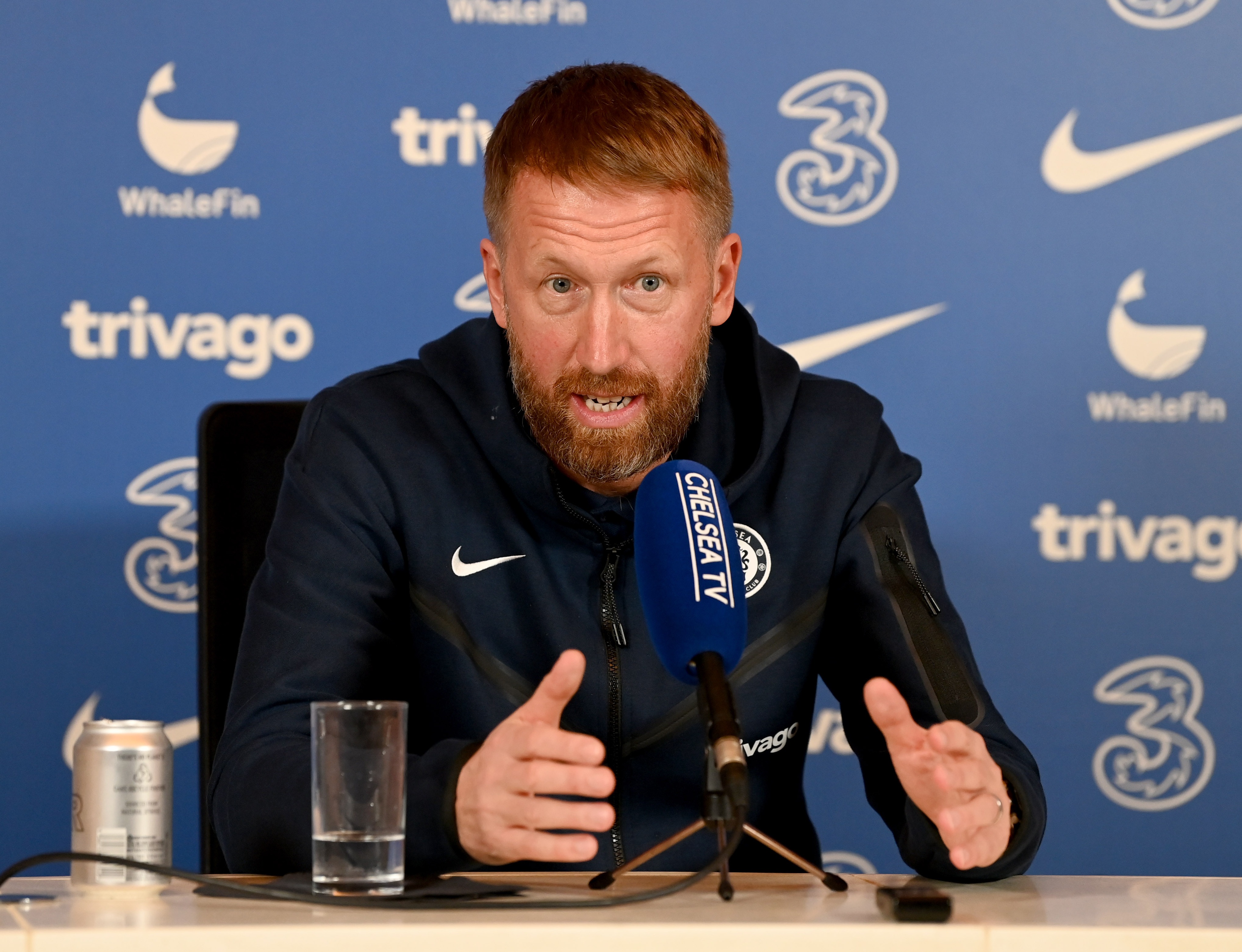 Yet Mac Allister, 23, has warned he and his Seagulls team-mates want to inflict his first defeat in charge of the West Londoners.

The Argentina international credits Potter for making him a far stronger and more versatile player.

He told SunSport: “I hope the fans give him a warm welcome because he deserves it.

“Graham and his staff have been fantastic for us. They’ve been part of this team's progress and we think he was amazing for this club. 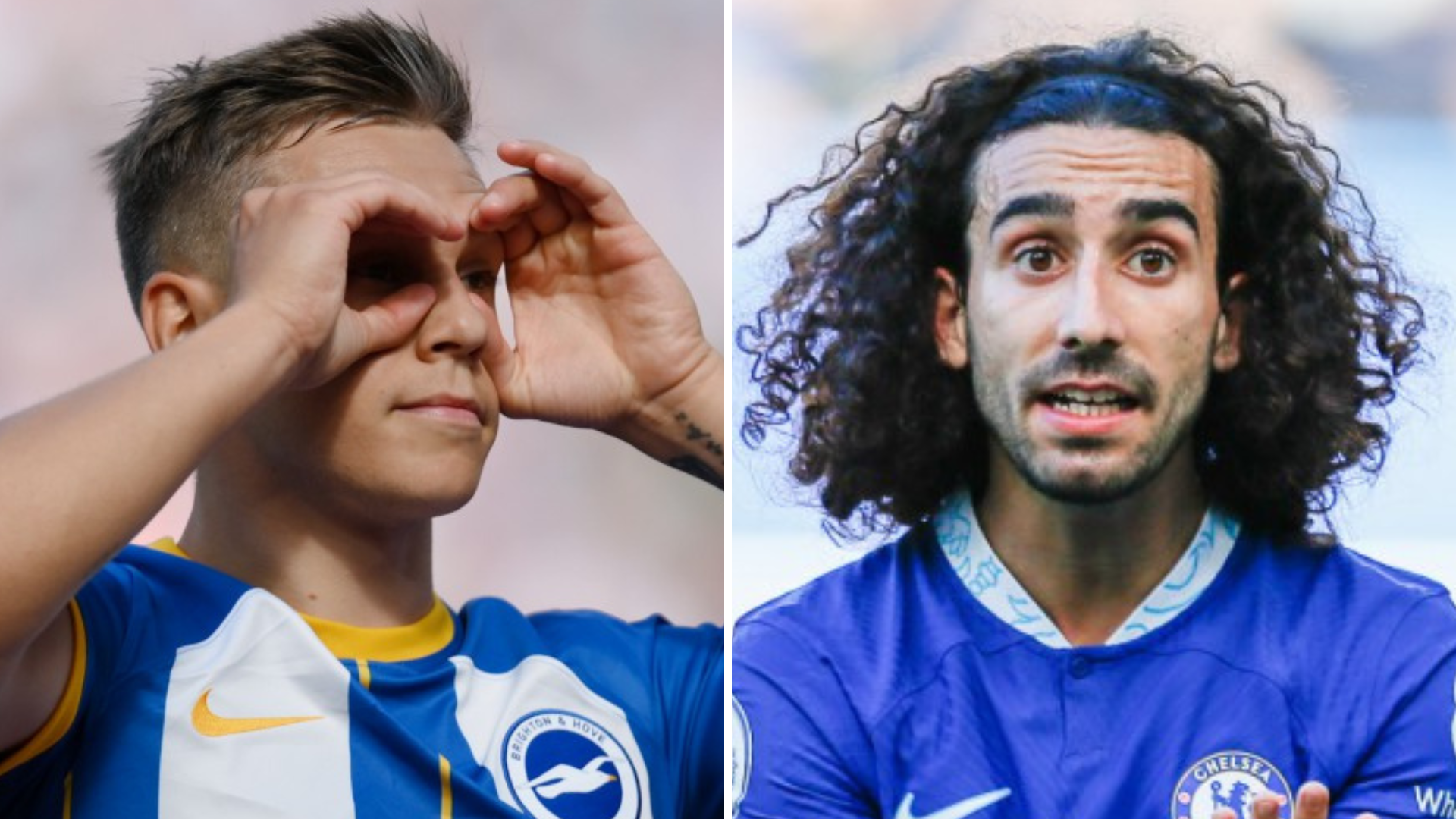 All the TV, live stream, kick-off time and team news for HUGE clash

“I’m really looking forward to playing Chelsea and of course after the game we’ll wish them the best.

“I was surprised at the time when he left because it all happened very quickly. But I wasn’t disappointed because that’s football. It was an amazing opportunity for him and we must respect his decision.

“He’s in a big club now and you can see they’re already playing the way he wants and winning games. I’m happy for them and of course I wish him the best.”

When Potter first arrived at Brighton in the summer of 2019, Mac Allister himself had only been on these shores for four months after signing from Argentinos Juniors.

He said: “He was the first one who played me as a No6. It was a smart move from him because I enjoyed playing in that position and the way he wanted to play football. That was the most important thing.

"The first year wasn’t easy for me. I found it very hard coming from Argentina with a different language and different way to play football. I physically wasn’t as strong as I am today.

“I wanted to kill him… but that’s part of football. He was very helpful — improving my versatility and physically. I’m a much better player today because of it so I can thank him a lot.”

Mac Allister started this season playing in his more accustomed No10 position and scored four goals in the first six Premier League games — as well as providing assists.

But, under new boss Roberto De Zerbi, he has been preferred as an anchor midfielder.

The Argentina international said: “Graham saw that I could play deeper and try to pass the ball forward. I remember the final game of last season against West Ham, I started as a No10 but at half-time we were losing 1-0 and he changed me to No6.

“At that moment, the team had changed and we played so much better and we won 3-1. So at that moment I felt that was a very good position for me and I enjoyed it.”

Many Brighton fans prefer him playing higher up the field but Mac Allister says he has no preference. 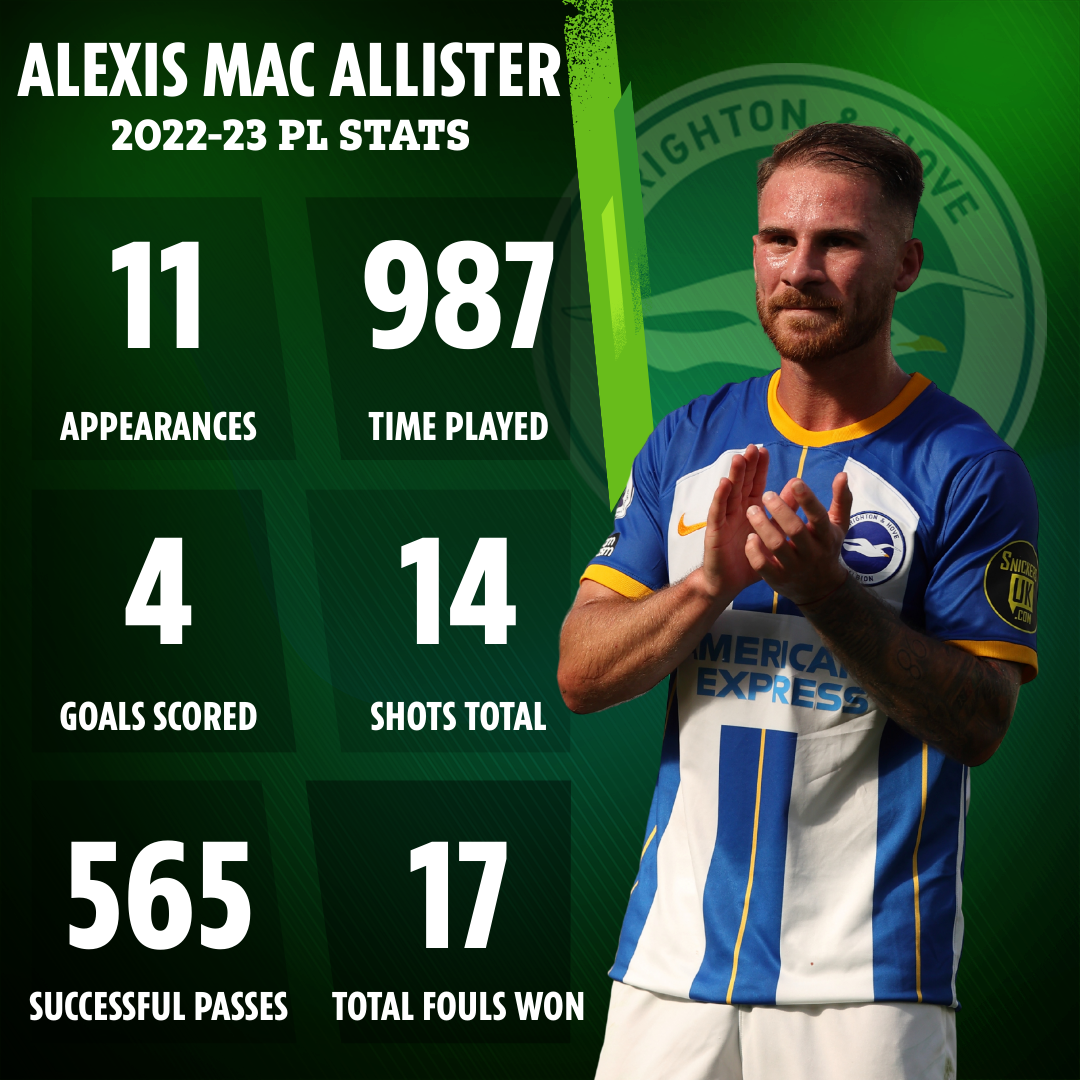 “That’s the most important thing — not whether I’m playing higher or deeper.”

Mac Allister has no doubt that Potter will be a huge success at Stamford Bridge — and that dealing with big international superstars will not be fazing him.

The Brighton ace said: “He has got all the attributes to be a fantastic manager — it doesn’t matter whether it’s Brighton, Chelsea or wherever.

"Graham Potter is a fantastic coach with great staff. I’m really happy for him because he deserved that opportunity.”

Also returning to Brighton tomorrow is Spanish left-back Marc Cucurella, who moved to Chelsea for £62million in August. 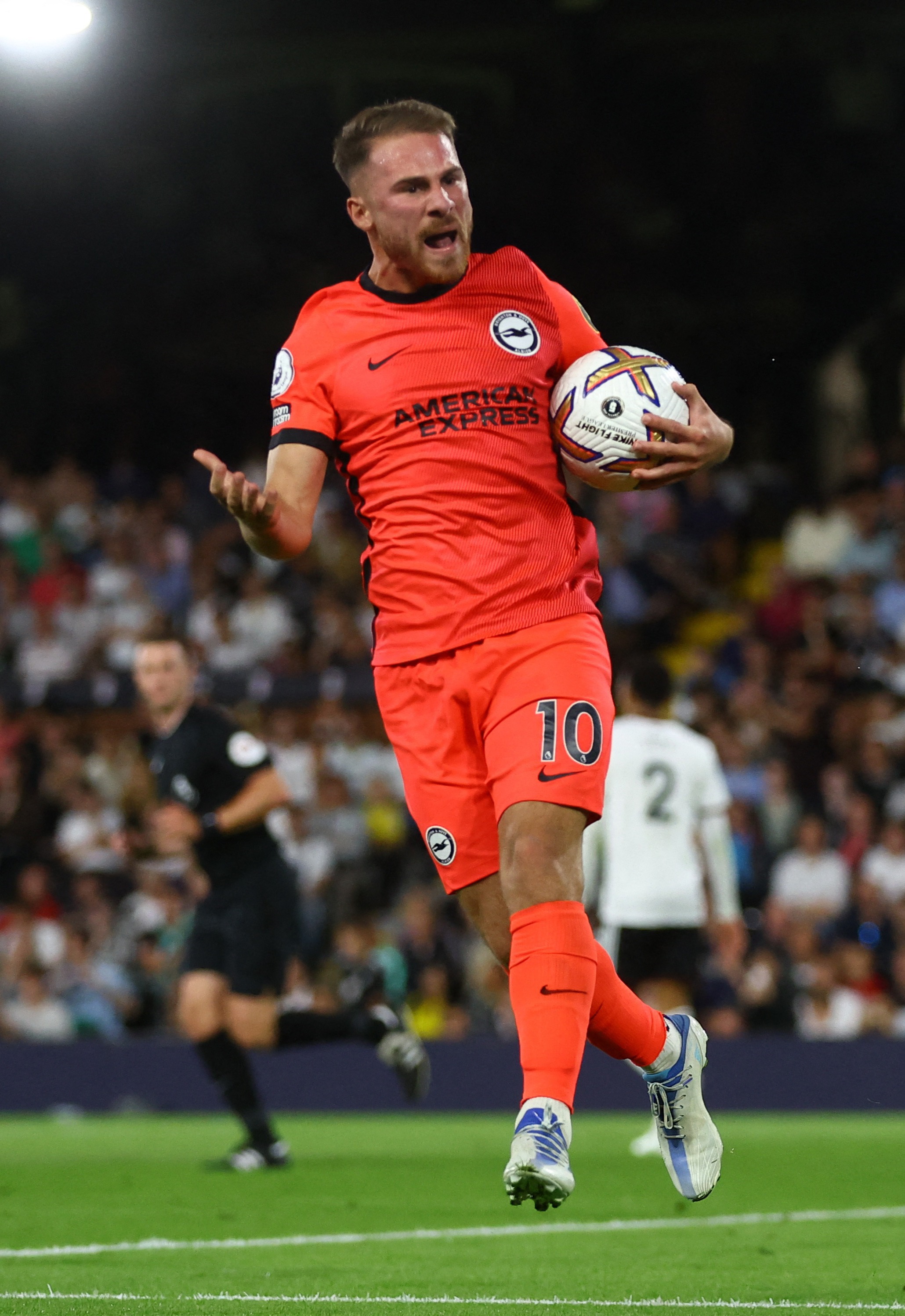 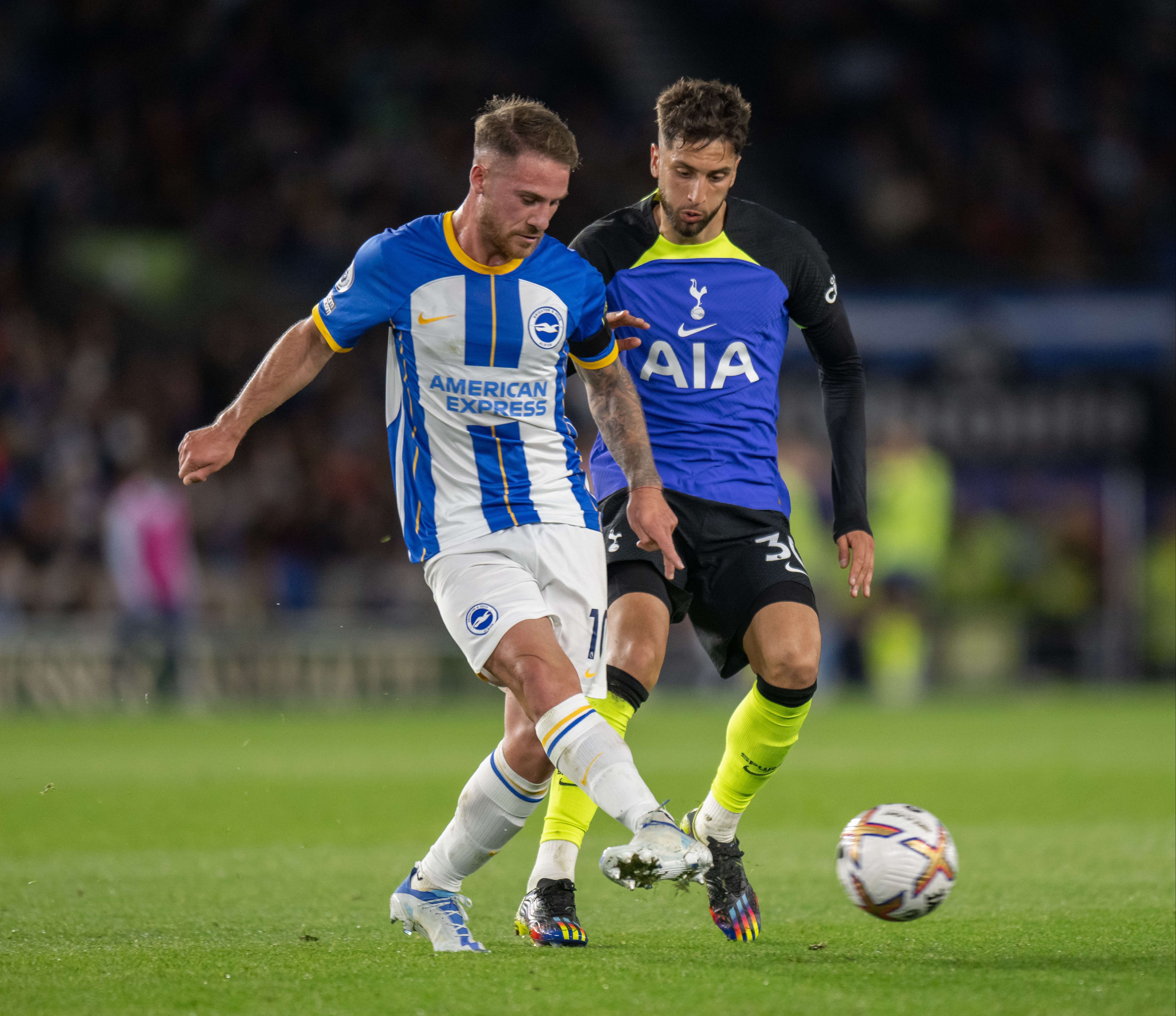 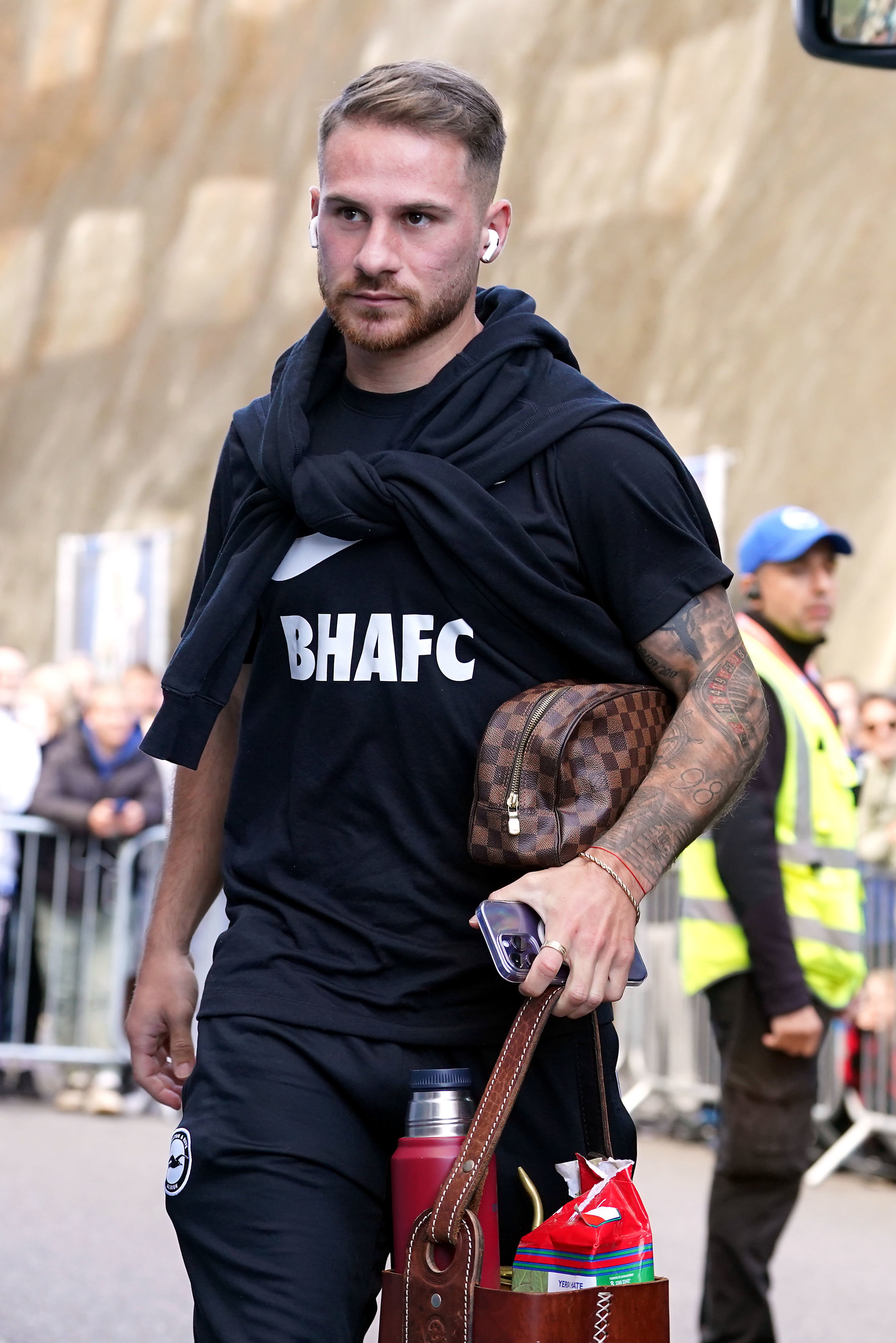 Albion are yet to win under Italian coach De Zerbi, who has been in charge for five games — picking up two draws, an excellent 3-3 at Liverpool but a disappointing 0-0 at home to Nottingham Forest.

They also lost narrowly 1-0 at home to Spurs, 2-0 at Brentford and 3-1 at Manchester City.

Mac Allister said: “It’s different and can be tough when you get used to a new idea.

“The team is playing good football but not scoring goals which is the most important thing to win matches. If you want to win games, you must score goals.

“We couldn’t do it so much in the last games but we’re fully behind Roberto and the way he wants to play football.

“Hopefully this Saturday we can get a win at home. It will be important for us.”

Surprise WhatsApp update changes group chats forever – but do you like it?

Meanwhile, Mac Allister has committed his long-term future to the Seagulls, committing to the summer of 2025 with the club holding an additional one-year option too.

He said: “It’s amazing to sign a new contract. It has made me happy. I am grateful for this football club who gave me the opportunity to come to England and play in the best league in the world.” 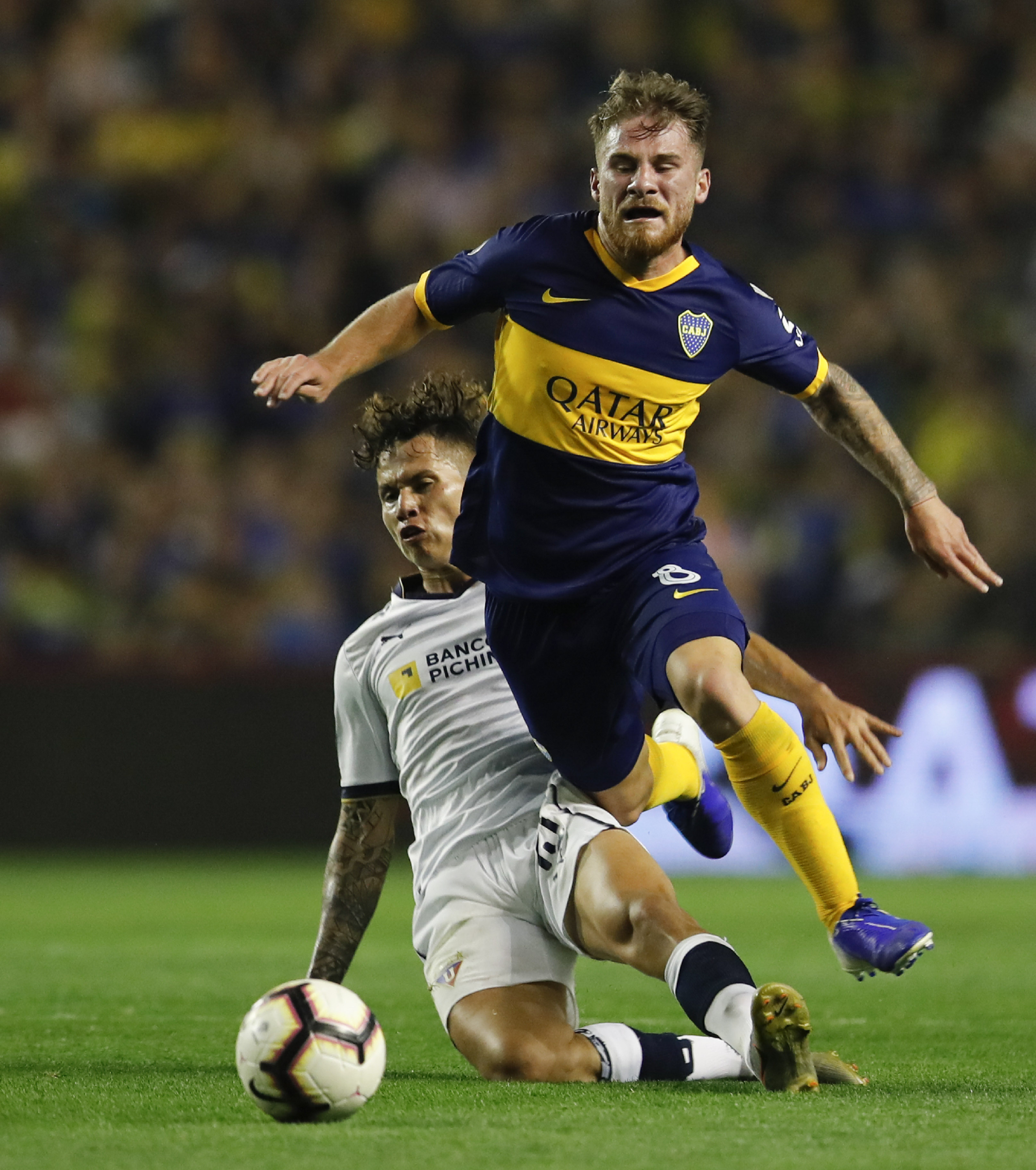 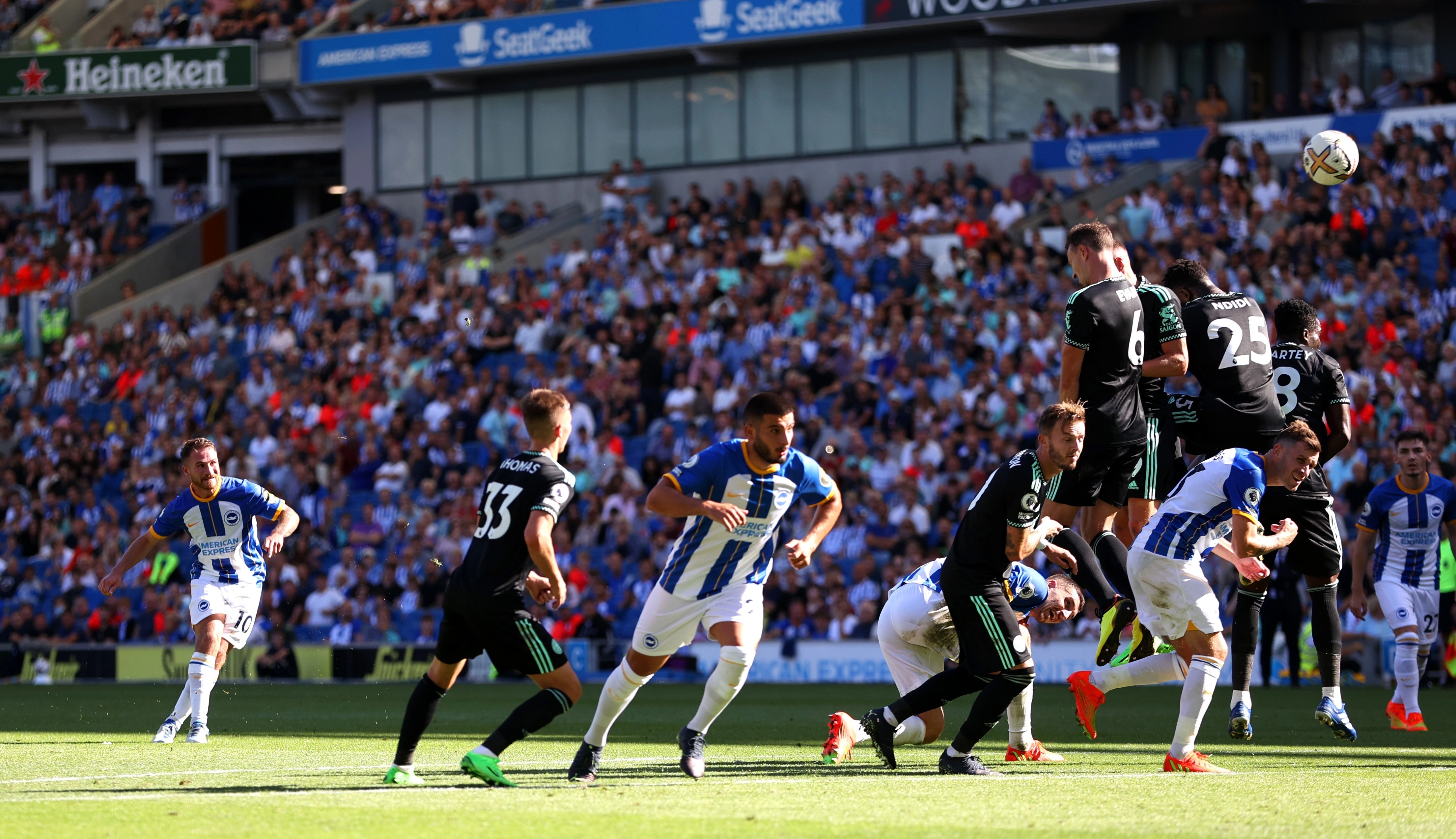 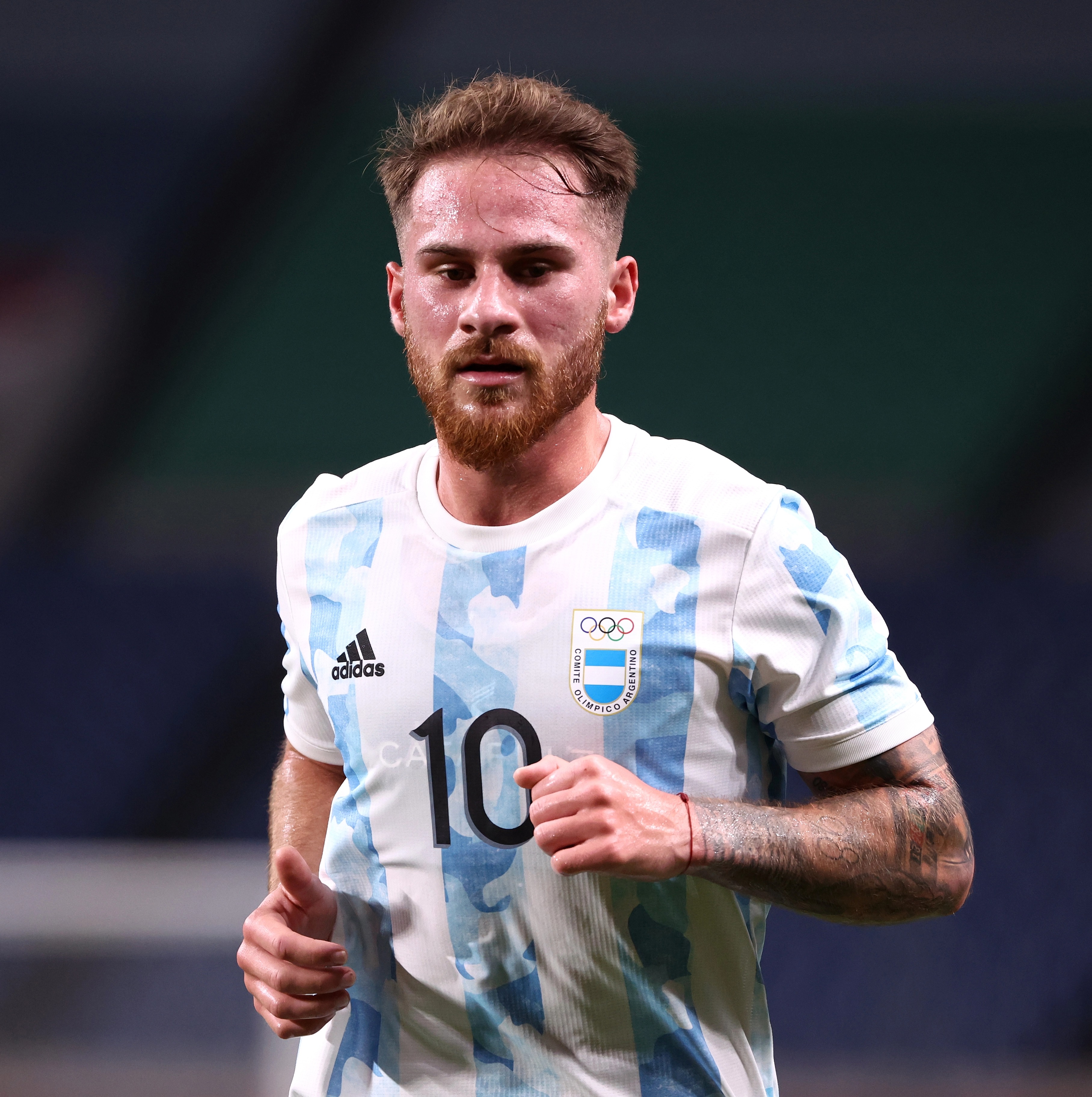