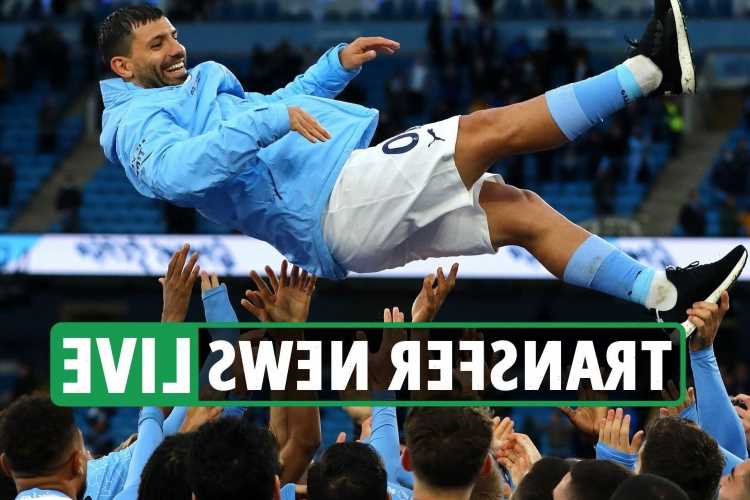 SERGIO AGUERO is closing in on a move to Barcelona next season.

The Argentine legend played his final game for Man City yesterday, and was given an emotional farewell by manager Pep Guardiola.

And French superstar Kylian Mbappe could be on the move to the Spanish capital this summer, with reports suggesting he has an 'agreement' to join Los Blancos.

Follow ALL of the latest news and updates below…