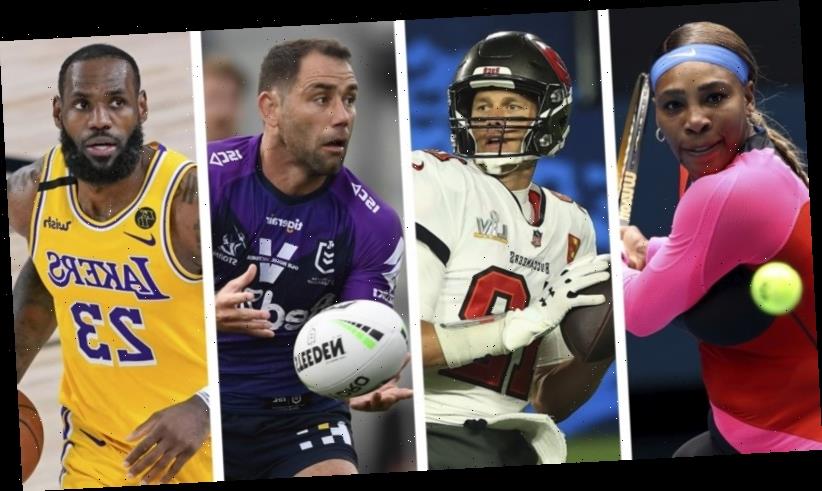 As sure as death and taxes, the end of the Super Bowl sparked the beginning of the debate about where Tom Brady, the champion quarterback, fits into the pantheon of global sporting giants.

It’s a worthy debate, as fun as it is infuriating, marked by searing hot social-media takes and athlete lists that are as right as they are wrong, depending upon which lens you peer through when you set the parameters. 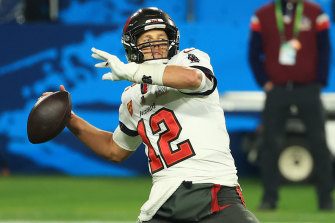 That list has been regenerated time and again, as long as sport has existed, and will do so forever more. But perhaps it’s more fruitful not to talk about lists but numbers, in particular 43, the age Brady was at when he masterminded a clinical Tampa Bay victory over Kansas City.

Brady now has seven Super Bowl rings. That’s more than any other franchise, let alone any other player. His excellence and longevity are two parts of the same formula; you can’t have one without the other and those sort of records don’t fall to athletes who burn so brightly only to flame out early.

To put things in context, Brady began his career in the NFL when Bill Clinton was US president and season one of Survivor was a weird new show on TV.

You could suggest Brady has been able to go on that long only because he essentially plays a non-physical role. He never tackles, is rarely tackled, and relies on his arm and outrageous game IQ to make fools of players half his age. 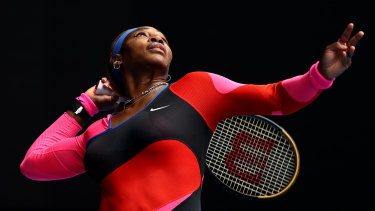 Serena Williams continues to be a marvel at an age when most players have retired.Credit:Getty Images

But Brady is not alone. He is one of an increasing group of athletes that are not only getting it done later in their careers, usually at the expense of rising talents with their eyes on the crown, but producing some of their finest work.

That’s not to say older athletes haven’t enjoyed success in the past. Jack Nicklaus was 46 when he won his final Green Jacket at Augusta and George Foreman regained the heavyweight title at 45 when he knocked out then 26-year-old Michael Moorer.

The amount of headliners still performing at beyond-elite levels in their chosen fields suggests there could well be a rethink from sports, athletes and coaches about the tendency to put so much faith in youth, rather than encourage champions to continue beyond previously acceptable age boundaries.

If you feel Brady’s lack of physical output is the key to keeping him so fresh, then tennis is the rebuttal to the argument. On both sides of the draw, the elder stateswoman and men have all but erased an entire generation of aspiring grand slam stars by refusing to shuffle off into retirement. 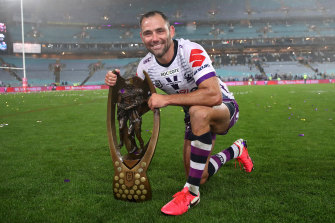 Serena Williams is already the oldest woman to win a major in the open era (35). Who’s to say she can’t win another one at Melbourne Park in the coming weeks?

Serena, 39, cruised to a first-round win Melbourne on Monday, and so did sister Venus, 40.

In the men’s world, Roger Federer (39), Rafael Nadal (34) and Novak Djokovic (33) have been an almost invincible triumvirate for the best part of a decade. Even if the former is now struggling with injury and, dare we say it, age, the other two show no signs of instigating an orderly handover of power.

LeBron James is 36 and still a dominant force for the LA Lakers in the NBA. He’s regularly driven by those who suggest he can’t be a factor at his age and was quick to fire up the Brady version of his ‘WashedKING’ hashtag as Super Bowl ring number seven was being readied for the ‘WashedGOAT’. 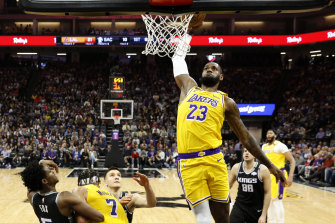 At 36, LeBron James is still a dominant force for the LA Lakers in the NBA.Credit:AP

And locally, the NRL has emerged from another season of excellence from Cameron Smith, the 37-year-old Melbourne Storm captain who steered them to another premiership. In one of the most physical and punishing sports in the world, he played some of his best football and could very well do it again next season. And the next.

The middle-aged maestros are everywhere. See Tim Paine (36), Cristiano Ronaldo (36), Lionel Messi (33) and Eliud Kipchoge, who made history in 2019 by running a marathon in under two hours, at the age of 34.

Those examples are all beyond exceptional, residing among the best of the best, and combine an unfailing willingness to win, a white-hot competitive flame and the kind of undefinables that go into making a champion athlete. And they are all in sports that require a degree of strategy and thinking; we aren’t quite at the point where a 40-year-old will win the 100m Olympic gold.

But it is true to suggest that sports science has changed the game dramatically and allowed the best to flourish for longer. Journalist Jeff Bercovici wrote about just that in his 2018 book Play On: The New Science of Elite Performance at Any Age. 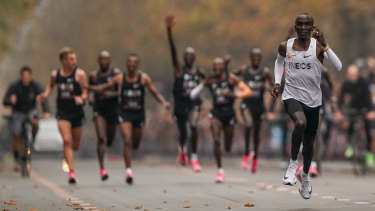 Eliud Kipchoge approaches the finish line after running 1:159 in a marathon in 2019, with his pacemakers celebrating behind. Credit:Press Association

Bercovici found the “single most powerful force” in extending careers was to ensure they were kept fresh, not obsessively fit.

“The amount of time players devote to different recovery techniques now versus what they did 15 years ago is not even remotely comparable,” he said.

That doesn’t stop the GOATs marvelling at the other GOATs. Williams spoke to that after her first round win at the Australian Open, saying you could credit the systems or the coaching all you want but the Tom Bradys of the world are just … Tom Brady. Tennis has long said the same of her.

“You can’t say it was the system he was at formerly. It’s definitely Tom Brady … he’s Tom Brady. He’s
amazing.”