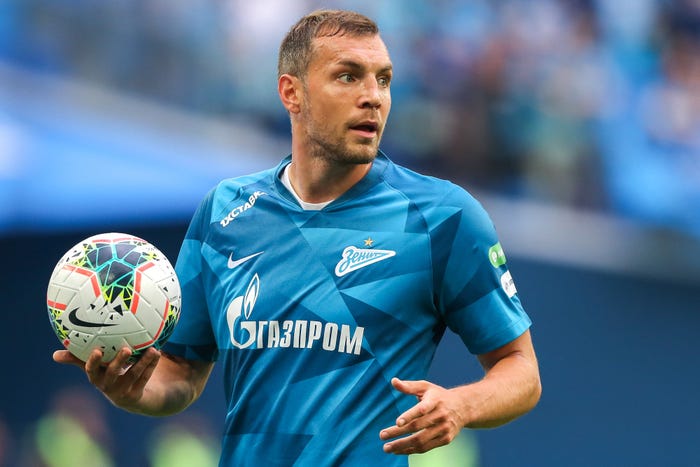 "We have always emphasized that everyone, both on and off the football field, must correspond to the level and status of a player in the national team," Russia coach Stanislav Cherchesov said in a statement on Twitter.

"In this regard, today it was decided not to call Artem Dzyuba to the current training camp in order to protect both the team and the football player from excessive negativity and stress."

Despite being dropped by Russia, however, the 32-year-old still turned out for his club team, Zenit Saint Petersburg, on Sunday, though he was stripped of his captaincy.

According to Russian state media outlet RT, Dzyuba was subjected to obscene chants from his own fans throughout the match against FC Krasnodar, and things went from bad to worse when he missed a penalty on the stroke of half-time.

Fortunately, the striker redeemed himself after miss, scoring the second of Zenit's goals in what turned out to be a 3-1 win.

After, Dzyuba posted shared a video message with his 1.2 million Instagram followers saying he had learned "a harsh lesson" but that he "had himself to blame."

"Like any person, I'm not ideal," he said, according to Moscow-based journalist Liam Tyler. "I make mistakes like everyone. I appreciate the people who are with me in tough time. This is my path, it's not easy. I hope I can be a good person."

This isn't the first time Dzyuba has been punished for apparently lewd behavior.

After Zenit won the Russian Premier League in July, Dzyuba was videoed in his underwear in the changing room appearing to simulate sex with his teammate Sardar Azmoun, grabbing him around the neck and thrusting from behind.