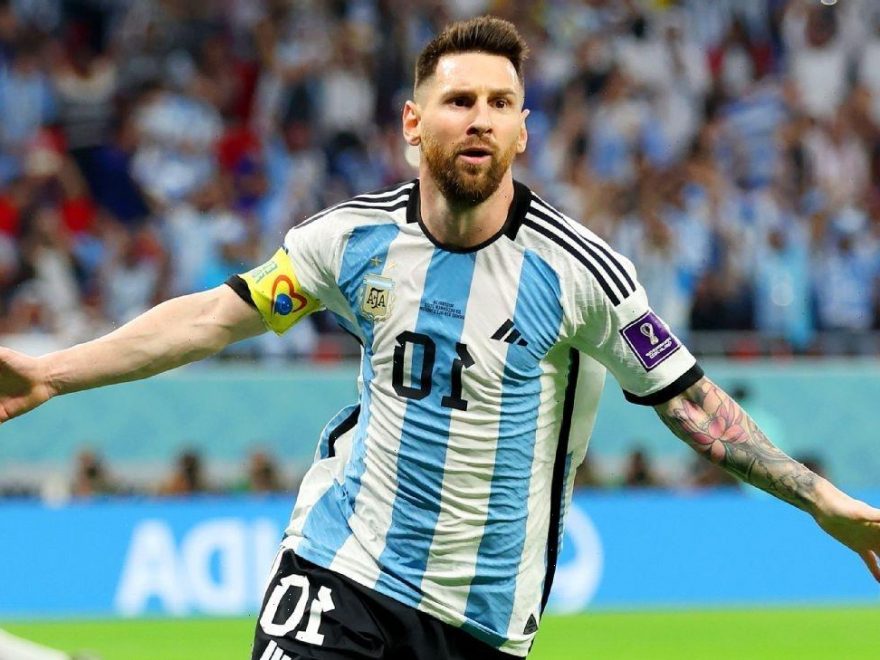 This game will also be loaded with history and legacy-making stakes. Both countries have won two World Cups in their history. France are trying to become the first country to win consecutive titles since Brazil did it in 1958 and 1962.

Argentina’s Lionel Messi is already the GOAT. The one thing missing from his trophy case is a World Cup title. This is likely his last chance at winning Argentina’s first World Cup since 1986.

More: This final will be more than Messi vs. Mbappe

The race for the Golden Boot will also be decided in the final. The tournament’s top four goal scorers will play. Messi and France’s Kylian Mbappe have both scored five goals in the tournament. France’s Olivier Giroud and Argentina’s Julian Alvarez have four each.

The final is being played in Lusail. Here are the top moments and biggest plays from the World Cup final.

In the traditional pregame renditions of the national anthem, you’d have to give the edge to Argentina based on how ferociously the players sang every word. France took a more stoic tone, it seems, singing clearly but not overextending even as the tune reached its rousing crescendo. A very businesslike effort by the defending champions. — James Tyler

Before a ball has even been kicked in the final, Lionel Messi has set a FIFA record for the most all-time appearances in the men’s tournament. Today marks his 26th game at a World Cup final: Will it be the one in which he finally gets to hold the trophy? — Tyler

After a scary few days in which several players were suffering from a flu-like virus, the entire France squad is fit and eligible for selection. Therefore coach Didier Deschamps has named the same XI that started the quarterfinal against England, with Dayot Upamecano and Adrien Rabiot both back in the team. This is also a 20th World Cup final appearance for goalkeeper Hugo Lloris, which is a record for his position.

As for Argentina, veteran winger Angel Di Maria is back in the team, replacing Leandro Paredes. Di Maria hasn’t featured much since the group stages; will coach Lionel Scaloni be praised and hated for the move? — Tyler

Argentina and France are two of only eight nations to win the men’s World Cup, and they are both seeking their third title in Qatar. Whoever wins, Brazil’s status as the most successful team in the competition’s history with five wins will remain intact (though that will be cold comfort for Neymar & Co. as they watch their rivals contest the final today).

Argentina are in their sixth final, since they lost the inaugural showpiece 4-2 to hosts Uruguay in 1930. They won it on home soil in 1978 and — inspired by Diego Maradona — again in Mexico in 1986, but after losses in the final in 1990 and 2014, the Albiceleste will be desperate to avoid a hat trick of final heartbreak.

France, meanwhile, are going for their third World Cup triumph in a quarter century. After winning the trophy as hosts in 1998, they were back again in 2006 but lost on penalties to Italy (in a shootout which followed the headbutt from Zinedine Zidane on Marco Materazzi). Their victory over Croatia in 2018 gives them the chance to become the first team since Brazil in 1962 to retain the title. — Tony Mabert

Despite meeting in the first World Cup in 1930, this is only the fourth time these two sides have met in the tournament. Argentina won that first clash in Uruguay 1-0 en route to the final, before claiming a 2-1 win in 1978, which led to their first title.

However, their most recent meeting at the last World Cup went France’s way. Les Bleus won a truly wild 4-3 clash in the round of 16 in Russia. Kylian Mbappe won a penalty for Antoine Griezmann to score the opening goal, and later got two himself, but not before Angel Di Maria and Benjamin Pavard each scored one of the top goals of the tournament. The highlights are well worth a watch. We can only hope for anything close to a repeat at Lusail today. — Mabert