You don’t need to know the difference between a three-card and a Celtic cross spread to get the most out of a tarot card reading. All you need: your Sun sign! Here’s what I do: Shuffle my tarot deck and pull out the cards in order from Aries to Pisces plus one general card for everyone so that you can get specific advice around your personality. Let’s go!

A GENERAL CARD FOR EVERYONE: NINE OF CUPS 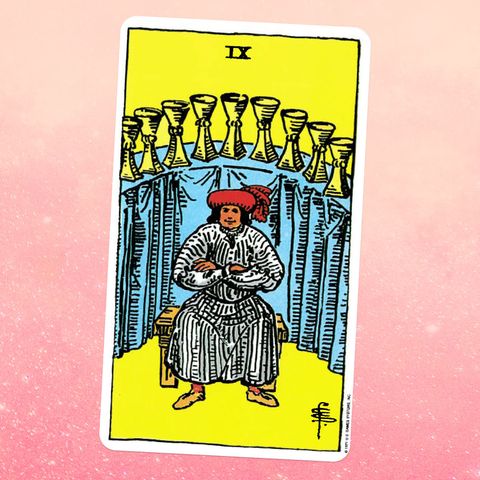 Happy days are here again with the Nine of Cups. What a beautiful omen for us all this week! This card represents wish fulfillment and dreams come true. Basically, it’s an invitation from the universe to step towards a heartfelt desire of yours, because you’re going to get some cosmic support. If you knew you couldn’t fail, what would you do? Whatever it is, that’s exactly what you should do this week. 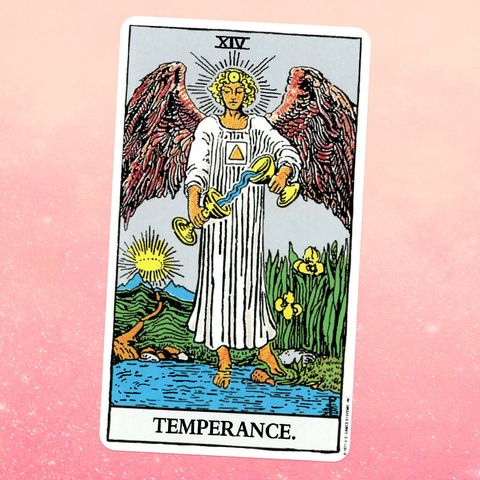 Temperance brings you a deeper sense of harmony and peace than you’re used to, fiery Aries. Things have been changing recently, and it’s left you a little unbalanced and out of sorts. You’re just about caught up with it all now. Your emotions have processed the turmoil, and your mind finally believes what it knows (an important mental leap). You’re getting used to the ~new normal~, and that makes you feel good. 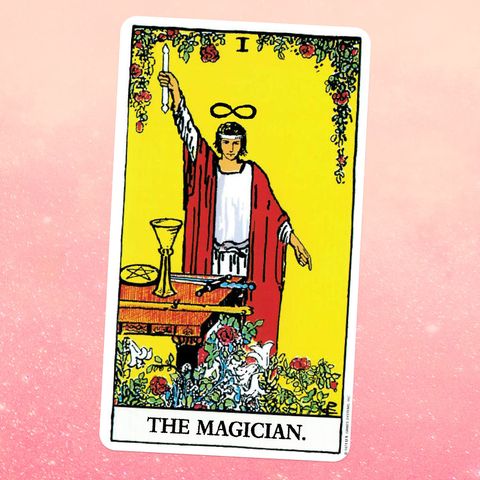 Ready to start a new venture? Become a millionaire? Create something innovative and imaginative? Start your own business? Anything is possible this week, Taurus, with the creative, self-starting Magician card. The Magician is kinda like the patron saint of entrepreneurs, so it’s time for you to step up and get what you deserve, carve out your niche, and find (or create) the right role for you. Be led by your best hopes.

GEMINI: THE WHEEL OF FORTUNE 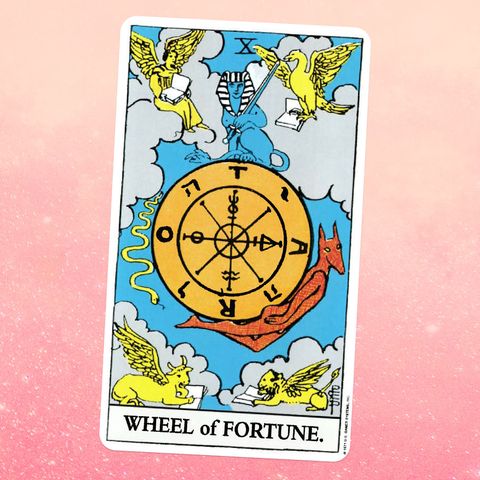 Transformation lies ahead, Gemini, but it’s a mixed bag. Some of this is action that you initiated, some of it is an after-effect you didn’t anticipate, and some of it is comes out of nowhere. Don’t stress, though. Everything is an opportunity right now—that’s the mindset to take into this week. Be alert, flexible, and optimistic. You could begin next week from a totally new and improved position. 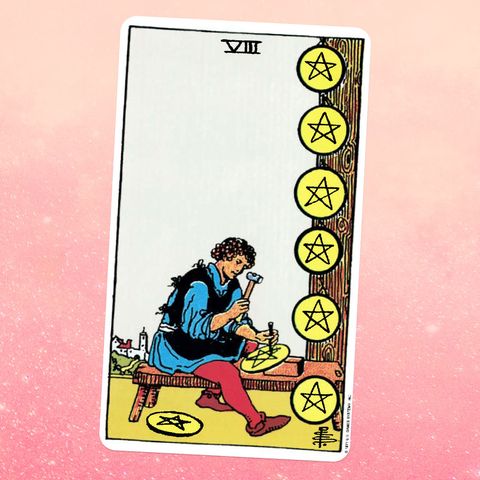 Don’t give up, Cancer, don’t you dare! I know you’re tired and this has already taken up so much time and energy, but you’re closer to the finish line than you think, and the rewards are all there waiting for you. One last push, and this can be in your rearview mirror while you celebrate your success. The Eight of Coins comes to bring you a boost of concentration and determination to see the job through. You’re almost there. Keep going. 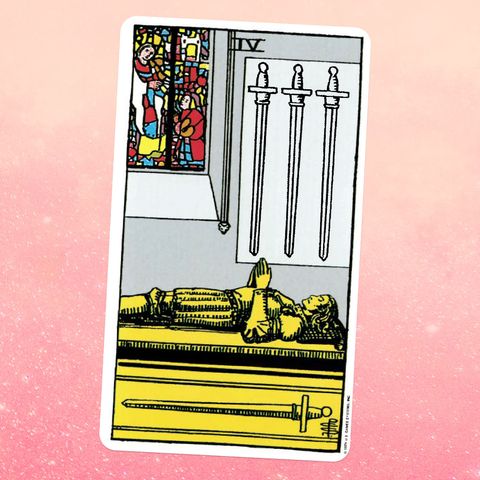 Rest up, Leo, because you’ve been burning that candle at both ends and you could use some chill time. The Four of Swords is like a ~sick note~ from the universe (what higher authority do you need!) prescribing a week of rest and recuperation. Don’t let the FOMO get to you. Nothing is happening that won’t all still be happening next week. Just withdraw and take it easy.

Virgo, I think of you as the Queen of Swords sometimes—knowing, proud, shrewd, ambitious, and independent. You like to do things for yourself, and you (secretly) believe you can do most things better than anyone else anyway. You’re probably right, Virgo. This week should suit you, because you need to focus on a solo project that is mentally challenging, and it’s something that only you can solve. Find what needs doing, make a plan of attack, and do it. You know the drill. 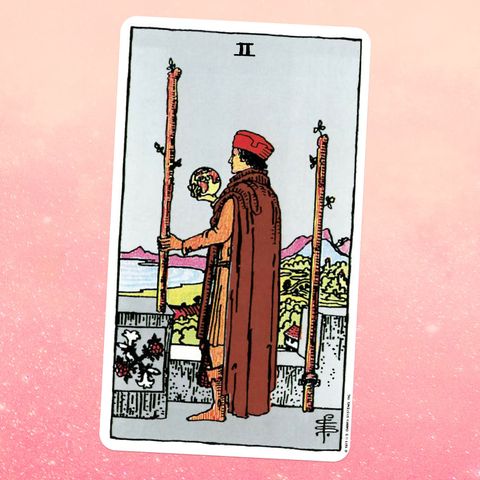 Oh no, not the Two of Wands. This is the procrastination card, and for you, procrastination is an Olympic sport! The good news is that whatever you decide this week, it doesn’t really matter. It will all work out as it’s supposed to, and there are no ~wrong~ options. Don’t overthink this (probably too late!), and don’t delay. Just pick a side and act. The longer you spending thinking, and not doing, the longer you’ll remain in a limbo. 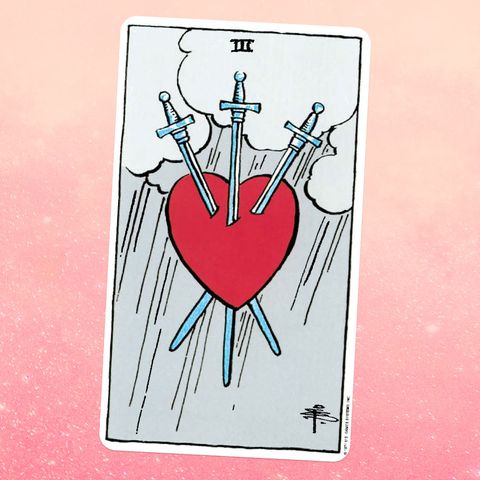 I don’t know which fool has hurt you, Scorpio, but they’re going to regret it. Even I know never to test the zodiac’s scorpion (and I’m an irritating Gemini!). The Three of Swords shows you’re getting your payback game on. That doesn’t mean you’re doing anything shady or wrong (please don’t). It’s likely more of a withdrawal, an ~icing out~ of the person who has done you wrong. Remove the source of pain and stress from your life, Scorpio, and move on with your head high. 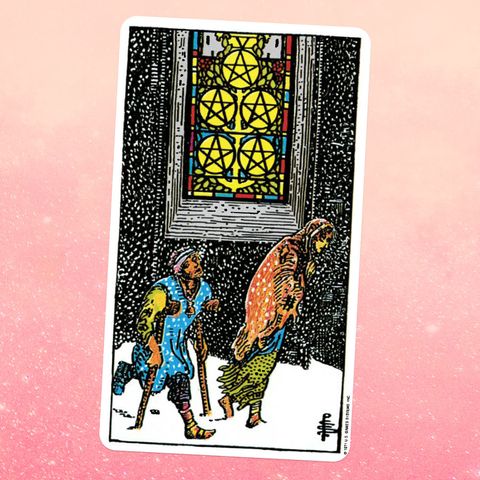 Don’t be sad, Sag! It’s okay, the worst is over, and you survived (and thrived). The Five of Coins is a cosmic nudge to get your head up and look towards the future, not the past. If we stare at the past too long, we get stuck there, and you don’t want that. Review the memories, acknowledge the emotions, seek a life lesson, and then go do something fun. You’ve overcome this event, and it can’t hurt you any more. 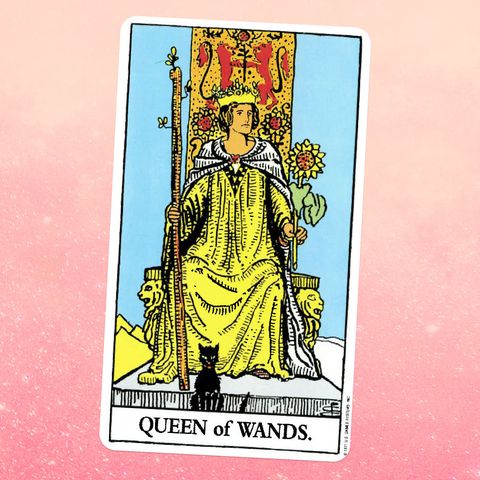 You’re being drawn towards something that could yield major results. Something like a promotion, a bigger role, an entrepreneurial adventure, an inspiring trip, or a new lifestyle regime. Whatever it is, the Queen of Wands brings you the motivation and determination to get started, and then keep going. Make bold plans this week, Cap, and know that you’ve got what it takes to fulfill them. Dream big, go bigger, and then fake it till you make it. Something major is on the way. 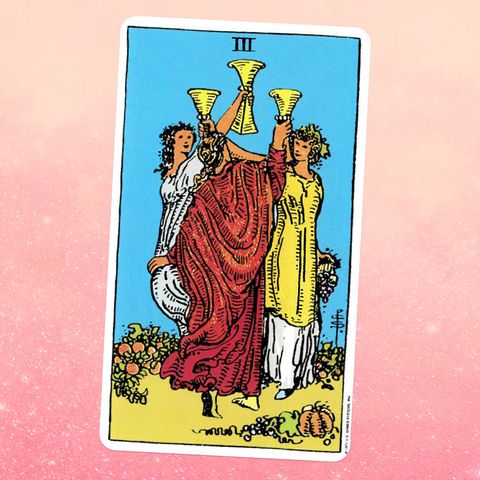 Wanna go to a cosmic party? Good news: The Three of Cups is inviting you to let loose and party with the stars. Sometimes we need to let off steam and just have fun. The Three of Cups is a reminder that we’re here for a good time, not a long time! Welcome in happy and carefree vibes to your corner of the world this week, Aquarius, and replenish your good spirits. You need a boost. 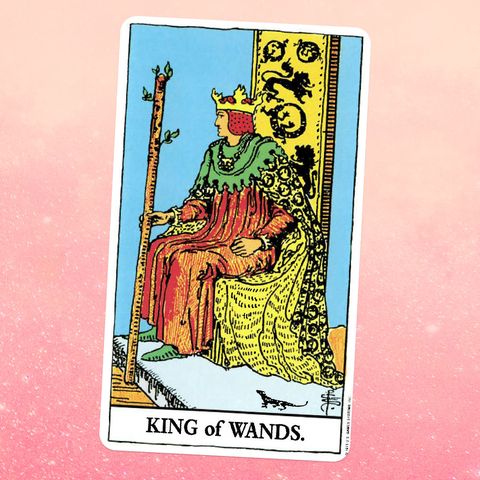 Sometimes you’re guilty of putting others before yourself and getting trampled on as a result. That won’t be the case this week, Pisces, because you’ve got the King of Wands walking beside you. He brings bold, adventurous, even selfish energy your way, urging you to put yourself first. Take some big chances designed to lead you towards things (or people) you truly desire. This is a week to simply go for it. Be bold. You’ll be surprised at how far you can get when you make your desires known. 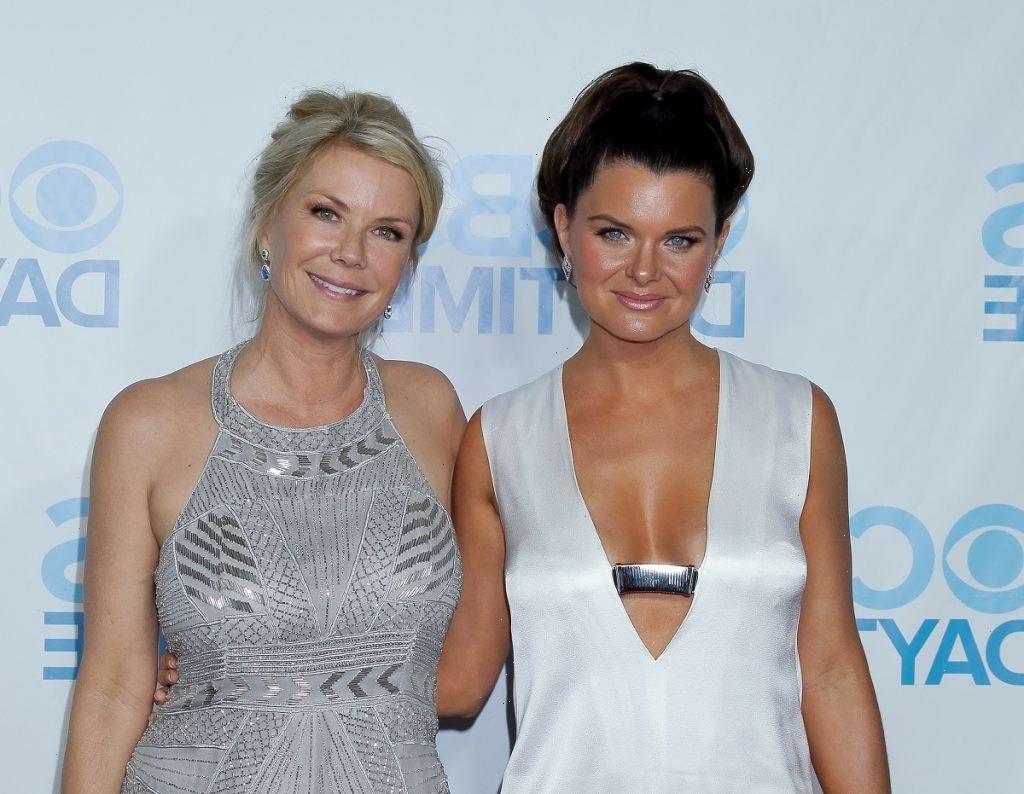