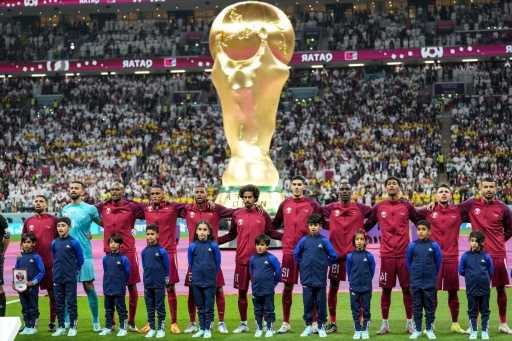 After being overshadowed by the BBC’s focus on the human rights issues that have been surrounding the World Cup 2022, yesterday’s opener between hosts Qatar and Ecuador kicked off with a hefty peak of 8M viewers.

The game, which ended 2-0 to Ecuador, was watched by an average of 6.2M across its 195-minute run time – 2M ahead of the opener four years ago between Russia and Saudi Arabia on ITV.

Ratings for big sporting matches are often deceptively low as the UK’s ratings agency Barb doesn’t take into account viewing in pubs, although this will have mattered less for a Qatar vs Ecuador game on a Sunday afternoon in late November.

The match was a hugely disappointing one for a Qatari side who have been preparing for this tournament ever since it was awarded in 2010, and by the end spectators could be seen leaving the Al Bayt Stadium in droves.

England gets its campaign underway versus Iran at 1 p.m. BST (5 a.m. PT) today, along with three other games including Wales vs USA several hours later.

Yesterday’s match was overshadowed by the BBC’s decision to eschew the glitzy opening ceremony in favor of a discussion over the human rights issues that have surrounded the tournament.

While viewers could watch the opening ceremony on a BBC online stream, the main channel featured a discussion between presenter Gary Lineker and panelists Alan Shearer, Alex Scott and Ashley Williams on the human and environmental costs of the World Cup.