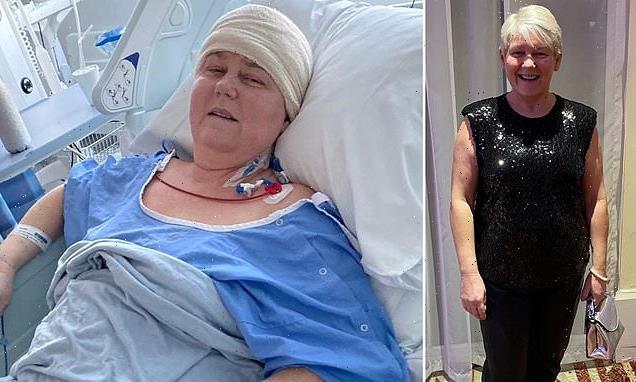 Grandmother, 56, who thought she needed new glasses due to blurry vision was diagnosed with a brain tumour after a routine eye test – and says Specsavers ‘saved her life’

A grandmother who thought she needed new glasses was shocked to learn her vision problems were being caused by a brain tumour.

Susan Hetherington, 56, from Solihull, said Specsavers ‘saved her life’ after she booked an eye test when she was experiencing blurry vision and seeing flashing lights.

The grandmother was urgently referred to Dudley Eye Hospital where she was diagnosed with a low-grade meningioma tumour. 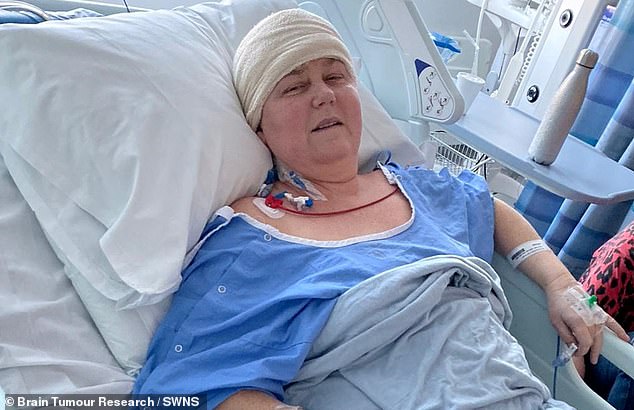 Susan Hetherington, 56, (pictured) was diagnosed with a brain tumour after visiting Specsavers for a routine check

Birmingham Live reported she had to have an operation to remove the tumour and save her eyesight.

Susan said: ‘I had started to get flashing lights in my eyes and my reading glasses were no longer helping my eyesight.

‘When the road signs became blurry as I was driving I booked an eye test at my Specsavers in Chelmsley Wood where I live to check that my prescription hadn’t changed.’

Three doctors told Susan that they had found a mass on her brain.

As she was told her diagnosis, all Susan could think about was her four children and grandson, and how she was going to tell them that she had a brain tumour.

Susan was booked in for an operation at Queen Elizabeth Hospital in Birmingham to remove the tumour, in which there was a 10 per cent chance she could die or have a stroke on the operating table.

But just four days after her operation in November 2019, Susan was sent home to recover.

She has since been left with extreme fatigue and is now monitored with regular scans to check for regrowth of the tumour, and has joined Brain Tumour Research as a campaigner to help raise awareness of the lack of funding into research of the disease. 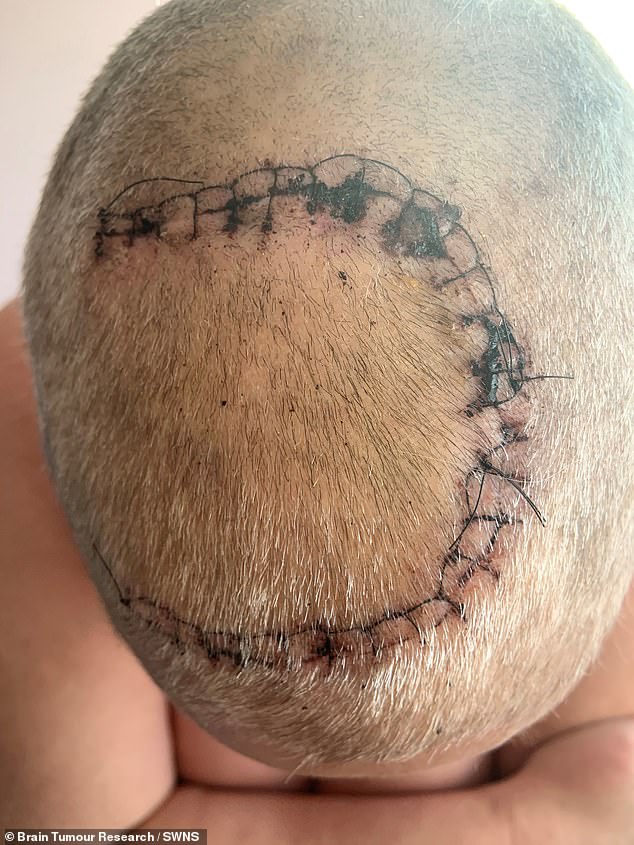 The surgery took place at Queen Elizabeth Hospital in Birmingham, with the neurosurgeon saying that there was a 10 per cent chance she could die or have a stroke on the operating table

She says that more should be done to raise awareness of brain tumours and that we need to understand more about how and why they happen.

Although feeling that her diagnosis flipped her world ‘upside down, inside out and back to front,’ Susan has praised Specsavers for catching her tumour before it was too late. 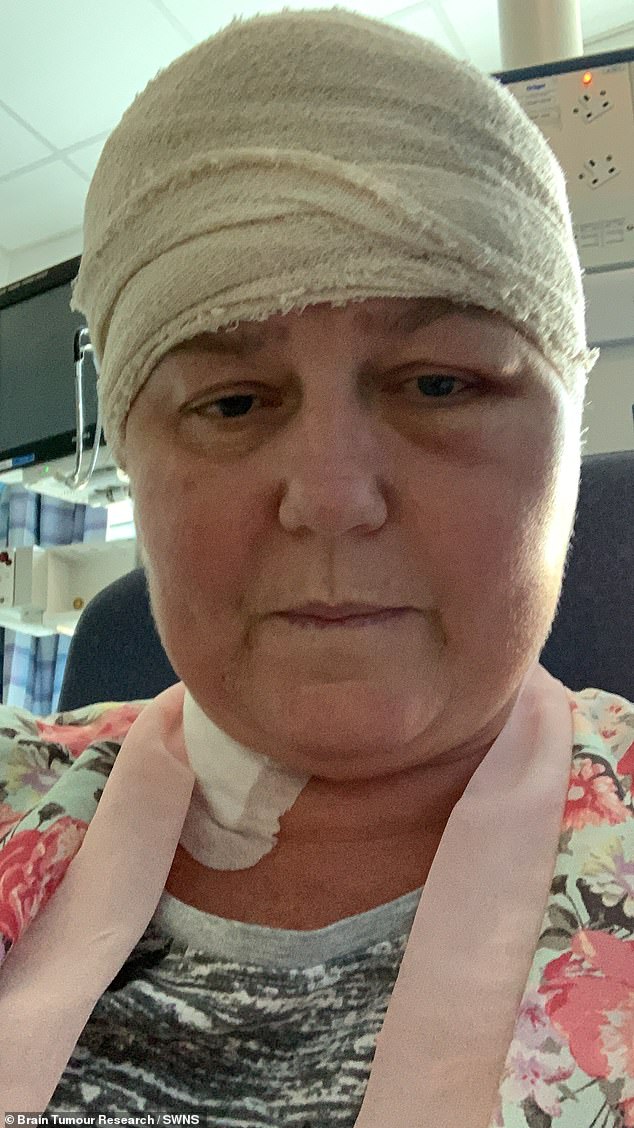 Just four days after her operation in November 2019, Susan was sent home to recover. She has been left with extreme fatigue

She said: ‘I want to shout my story from the rooftops as I feel that Specsavers saved my life, and I would encourage everyone to have a regular eye test.’

Susan is now calling on the Government and the larger cancer charities to spend more on research into the disease.

According to the charity, brain tumours kill more children and adults under the age of 40 than any other cancer, yet just one per cent of the national spend on cancer research has been allocated to this devastating disease.

Brain Tumour Research is the only national charity in the UK singularly focused on finding a cure for brain tumours through campaigning for an increase in the national investment into research to £35 million per year, while fundraising to create a sustainable network of brain tumour research centres in the UK. 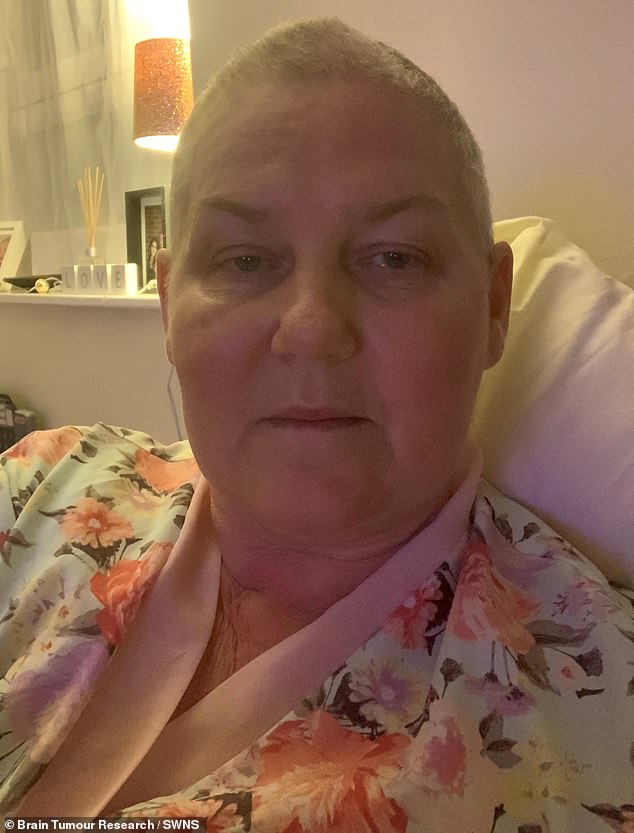 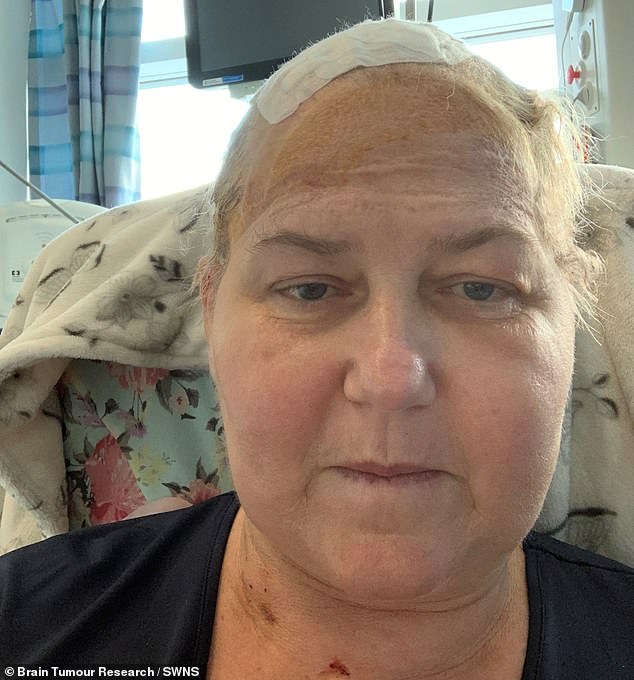 Susan praises her local Specsavers and thanks them for saving her life. She encourages people to get regular eye checks

Mel Tiley, community development manager at Brain Tumour Research, said: ‘We’re sorry to hear about Susan’s diagnosis and are grateful to her for sharing her story.

‘We’re delighted to have Susan join us as we campaign for better treatment options for people living with this disease as we work towards finding a cure.’

Meningioma tumours: What you need to know

What is a meningioma?

A meningioma is the most common form of adult primary brain tumour that develops in the meninges – the membrane surrounding the brain and spinal cord. Meningiomas account for approximately 30-37% of all adult central nervous system tumours. Most are low-grade (non-cancerous) primary brain tumours.

What causes a meningioma?

The direct cause of a brain tumour is still not clear. Your medical history, as well as some genetic and lifestyle factors, can help doctors with a diagnosis.

What are the symptoms of meningioma?

Signs and symptoms of a meningioma may be quite subtle at first, only growing gradually and depending on where in the brain or (in rare instances) the spine the tumour is situated.

What is the treatment for meningioma?

Treatment options are typically surgery and/or radiotherapy. Chemotherapy would normally be considered only for a high-grade meningioma.