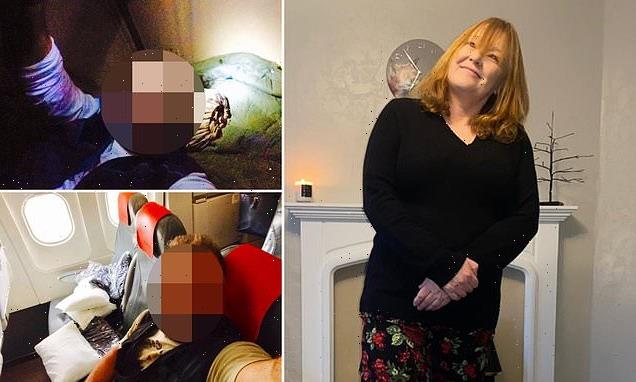 Woman, 56, reveals she was targeted by the SAME fraudster who conned another singleton out of £113,000 by claiming he was being held captive by loan sharks on work trip to Ukraine (but luckily didn’t fall for his lies)

When Gail Emmerson read about a Facebook fraudster who concocted an elaborate kidnap plot to scam a woman out of £113,000, her heart sank.

The 56-year-old former medical rep, from West Drayton, Shropshire, immediately recognised photos of the rugged, bearded man who claimed he had been kidnapped by loan sharks in Ukraine, locked in a basement and threatened by Russian mercenaries.

The conman had been messaging her at the same time as Rachel Elwell, 50 – and she narrowly escaped falling victim to the same scam.

Unlike Ms Elwell, from Brownhills, West Midlands, she did not send money to the fraudster and stopped replying to his messages before he had a chance to follow through on his scheme.

But Mrs Emmerson said: ‘The messages and the photos were exactly the same. It is terrifying to think how differently things could have turned out. 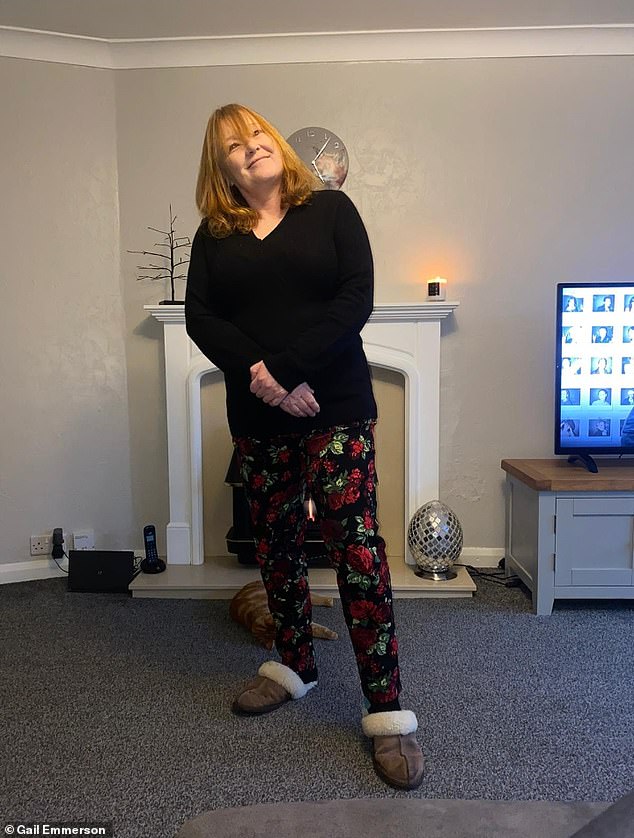 Gail Emmerson, 56, has revealed she was approached by the same Facebook fraudster who concocted an elaborate kidnap plot to scam a woman out of £113,000 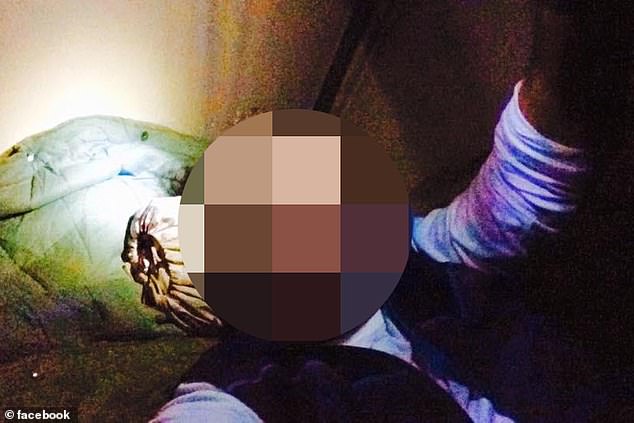 Pictured is the ‘scammer’, whose face has been blurred for legal reasons, allegedly being held captive in a cellar by loan sharks in Ukraine

‘It has made me wonder how many others there are and what he has done with all that money.’

The fraudster even sent her the same picture of himself on board a plane and tried to call her from the airport, as he had done with Ms Elwell shortly before claiming to be held hostage after a business deal went sour.

Both women joined the Facebook dating app in January and were in contact with the scammer simultaneously – and were even sent identical messages with the same story.

Within days of her joining the dating site, a man calling himself Stephen Bario Hugo had sent Mrs Emmerson a message, calling her ‘beautiful’ and asking to continue the conversation on email and WhatsApp, claiming he was being pestered on Facebook by younger women asking for one-night stands. 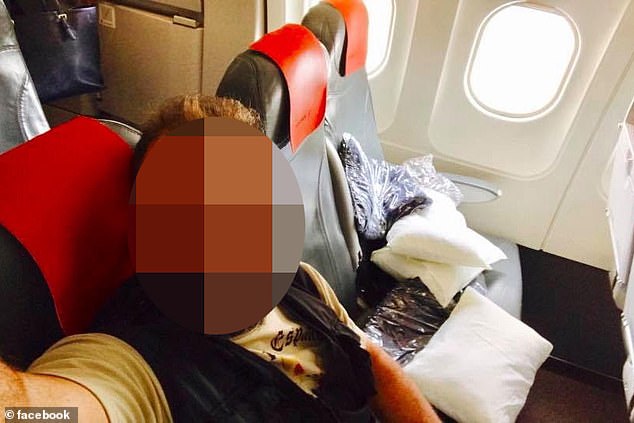 The fraudster sent Gail the same selfie he’d sent to Rachel Elwell, claiming he was flying to Ukraine on a business trip. But Gail was immediately suspicious when she saw he wasn’t wearing a mask on the flight

In long, detailed emails, he told her he was a 54-year-old widower living in Coventry with his 17-year-old daughter Katy, his home help Wendy and a dog called Bear.

He told Mrs Emmerson, as he had done Ms Elwell, that he was a self-employed construction engineer bringing his daughter up single-handedly after his wife had died seven years earlier of breast cancer.

The conman sent her numerous pictures of himself and his daughter, spinning an elaborate yarn about how he was born in Malaga in Spain but was orphaned at a young age and raised by a relative in Bath.

‘I recently relocated down here in Coventry after the death of my beloved wife because the memories of her death were too much in Bath for us to handle. God took my precious flower and planted her in the heavenly garden,’ he wrote, even giving Mrs Emmerson a fake address and date of birth.

The scammer claimed his name was Stephen, a 54-year-old widower living in Coventry with his 17-year-old daughter Katy

The scammer, who claimed to be of Spanish origin, tried to woo Gail with his list of interests, including cooking, salsa dancing and walking on the beach holding hands

Within two weeks of his first message, he was calling her ‘darling’, promising to turn up at her home with a bunch of flowers and writing: ‘I know this sound silly because we just started communicating and we haven’t even meet [sic]. But the truth is that I can’t even express the feelings that fill my heart when I think of you. 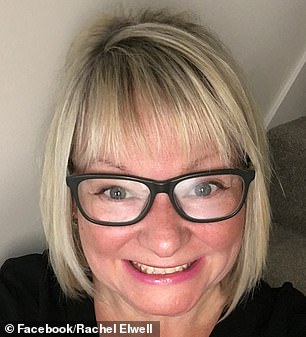 ‘I must confess I’m losing my balance and I see myself falling for you.’

The conman even declared his sympathy for her, writing: ‘I can’t imagine the pain of being a single woman at your present stage of life.

‘It’s impossible to imagine how hard [and] empty your heart may be.’

For Mrs Emmerson, a divorced mother-of-three who had ended a 15-year relationship a year earlier, alarm bells quickly rang about the man who had initially seemed handsome and charming.

She said: ‘I believed him initially but I realise now he was telling us both the same story. He began talking about a construction contract he was waiting to hear about, even calling me his ‘good luck charm’, as he did Rachel. 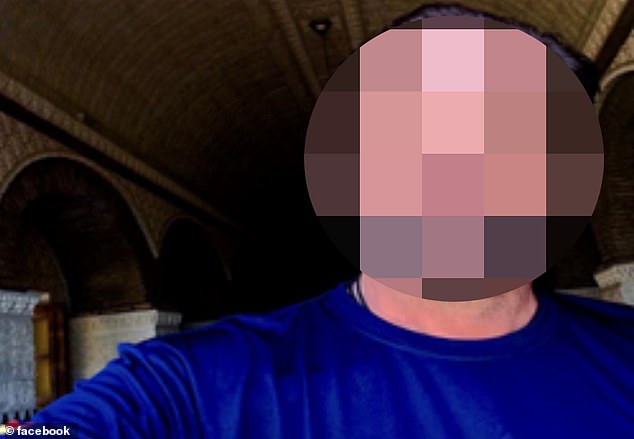 For Mrs Emmerson, a divorced mother-of-three who had ended a 15-year relationship a year earlier, alarm bells quickly rang when the scammer (pictured) told her he had to go on a work trip to Cardiff, despite most meetings taking place on Zoom due to the pandemic

‘The first red flag was when he said he had to go to a meeting in Cardiff the following morning, in the middle of the pandemic when most meetings were happening on Zoom. Things started to not ring true.

‘He would not answer questions directly and I started to wonder how many people he was sending messages to.’

Three weeks after first contacting her, Stephen – who also used the name Stephon – told her he had won a £15 million contract to build petrol stations in Ukraine and would whisk her out on a date on his return. 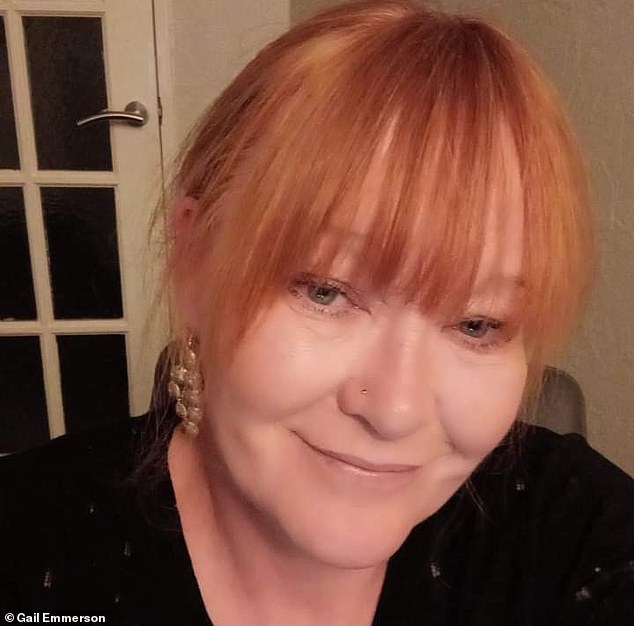 Gail did some detective work and ignored the scammer’s missed calls from the airport and his last text message, when he inexplicably switched from a UK to a Slovenian number

But when he sent her a picture on January 23 of himself on board a plane preparing to take off, Mrs Emmerson decided to do some detective work.

She discovered the only flight to Ukraine that day was a Ukraine International Airlines flight leaving from Gatwick airport – but the livery on Stephen’s plane was that of Iberia Airlines.

And Mrs Emmerson noticed no one in the picture was wearing a mask or observing Covid 19 protocols at the height of the pandemic.

She is not sure the pictures she and Ms Elwell were sent were even of the scammer who was messaging them. In fact, most were taken before 2012 and could have been stolen.

Mrs Emmerson, who has not worked since suffering a near-fatal brain haemorrhage seven years ago, ignored the scammer’s missed calls from the airport and his last text message, when he inexplicably switched from a UK to a Slovenian number and declared: ‘I want you to know that you have never left my thought [sic] for a second, I miss you so much and I’m thinking of you so badly darling.’

But she has no doubt that had she not cut off contact because of her misgivings, she would have been prey to the same plot as Ms Elwell and been asked to stump up thousands to save him from kidnappers.

Ms Ewell continued her online relationship with the man calling himself Stephen Bario for months and sent him vast sums of borrowed money after he convinced her that he was being held captive in eastern Europe and was in desperate need of cash.

The fraudster sent her photos from what appeared to be a basement cell and called her, crying and pleading for help.

He initially asked her for small sums of money but eventually convinced her to take out loans amounting to thousands to rescue him, even sending her official-looking paperwork from the Ministry of Finance of Ukraine to show that he owed more than £100,000.

Ms Elwell said her world ‘came crashing down’ when she realised the extent of the deception.

She has been left penniless and suicidal after her banks refused to reimburse her following a three-month investigation.

‘I know this is my mistake but under their code, I am eligible for help and just want to be treated fairly,’ she said.

For Mrs Emmerson, it was a lucky escape. She said: ‘I wonder how many he has done it to. He ought to be brought before a judge.

‘I am just thankful I haven’t been scammed. Scammers like him assume people are vulnerable but he didn’t know who he was dealing with as I have already survived far worse.’