A woman has been slammed in a wedding shaming group for wearing a white floor-length gown to her son’s wedding.

The controversial dress was worn to a wedding by the mother-of-the-groom, according to The Sun. And it wasn’t long before photos of the dress surfaced in a wedding shaming group on Facebook, where it received criticism.

Shared in a wedding shaming group, photos of the dress were slated as people couldn’t believe the woman had chosen to wear not only a white dress, but one that looked so similar in style to the dress worn by her son’s wife on the special day. 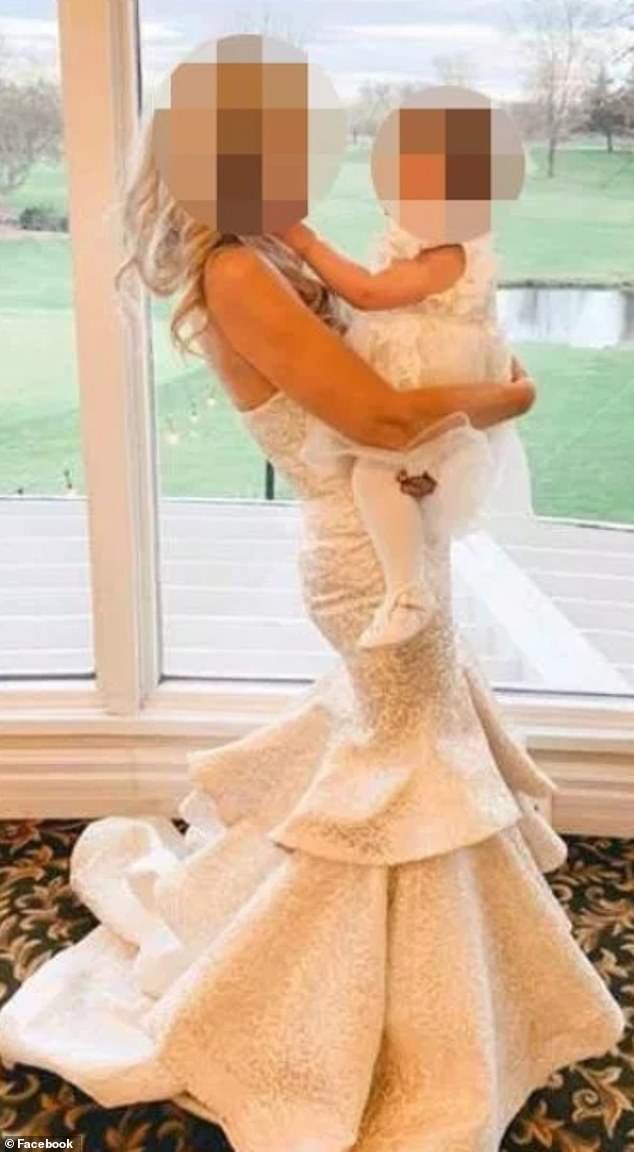 Woah! A woman (pictured) has been slammed in a wedding shaming group on Facebook for wearing a white floor-length gown to her son’s wedding 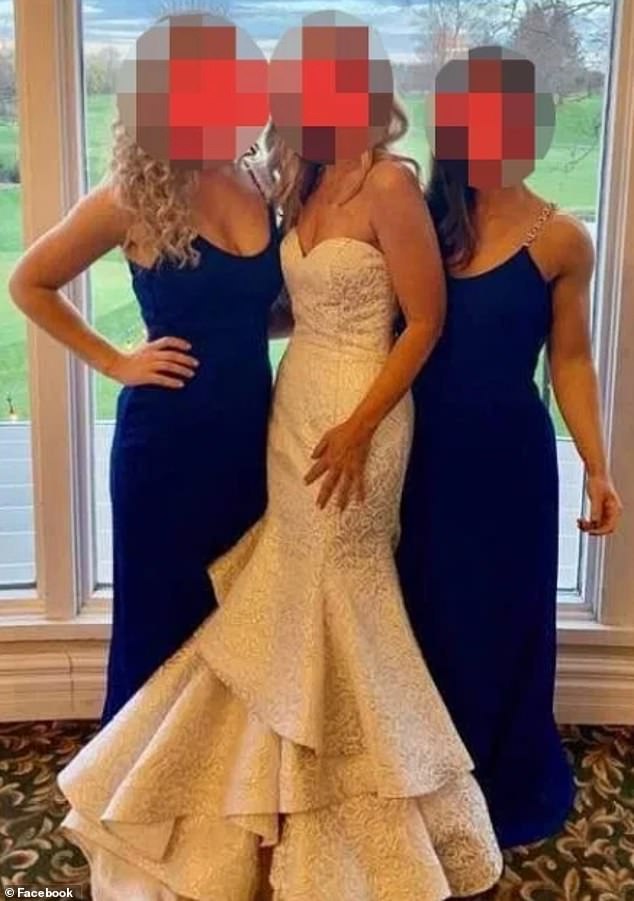 Yikes! Pictured alongside two bridesmaids, the woman who wore the white, strapless floor-length dress was the mother-of-the-groom

Confused: The photos were shared to the group by a family member at the wedding who appeared to be shocked that she wore such a dress to another person’s big day

The pictures were shared into the private group by a user who wrote: ‘You guys, this is my husband’s aunt at her son’s wedding. Lady, TF are you doing?!’

Images of the dress show that is it a strapless white, floor-length dress with a fish-tail. 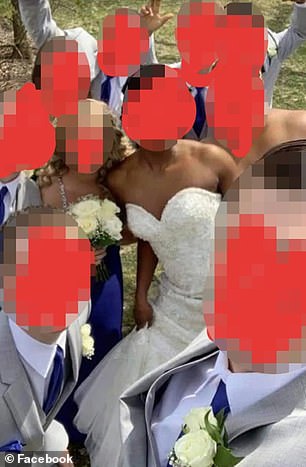 Comparison: Not only was the dress branded inappropriate because it was similar to a wedding dress, the style itself was almost identical to that of the dress worn by the bride (pictured)

One image shows the blonde woman standing with bridesmaids for the wedding, who are dressed in floor-length blue dresses.

And as well as being similar to a general wedding dress, the gown was particularly close in resemblance to the bride’s dress itself.

The Facebook user posted two photos of the mother and a photograph of the bride, posing with friends and family, to show the resemblance between the two dresses.

Since the post was shared in the group it has gathered some attention.

Many members of the group have slammed the woman for wearing the dress.

One user said: ‘How f*****g unhinged do you have to be to dress like a bride at your SON’S wedding?’

Another said: ‘I’d have “accidentally” spilt my wine on her and mashed cake into her dress. Sorry sis. You’re rainbow now.’

‘What a pathetic attention seeker,’ added another.

Others said that the woman looked good in the dress, however, they insisted it simply wasn’t appropriate to wear to a wedding.

One user wrote: ‘She wore the same silhouette as the bride too. Mess.

‘She’s hot and could literally have worn anything else,’ they added.

Another user of a similar opinion said: ‘Well… if I looked that good, I probably would too.’

Similarly, another member of the group said: ‘I honestly might consider not kicking her out if this happened to me just because [of her] sheer bravery of this bold, bold move.’

And it isn’t the first time a wedding-related issue has caused controversy on social media. Last month an unnamed wedding guest was slammed in the same group for wearing a floor-length white lace dress.

The woman’s dress caught the attention of some social media users after she posted a photo of it online and asked people to give her makeup and hairstyle suggestions.

‘Ladies, can I get some hair and makeup suggestions for this dress? I’m attending a destination wedding next week,’ the woman wrote in her original post.

However, the post was then shared in the group, where dozens of people criticized the anonymous woman for wearing a long, white dress to someone else’s wedding.

One wrote: ‘HELL NO. If she attends a wedding in that, she better expect to be immediately escorted out. She looks like a bride [and] 100% probably planned on stealing the spot light.

‘I severely hope she wasn’t an important person in whoever’s wedding she’s attending. If she even still is,’ they added.

Another added: ‘This is a f***ing wedding dress.’