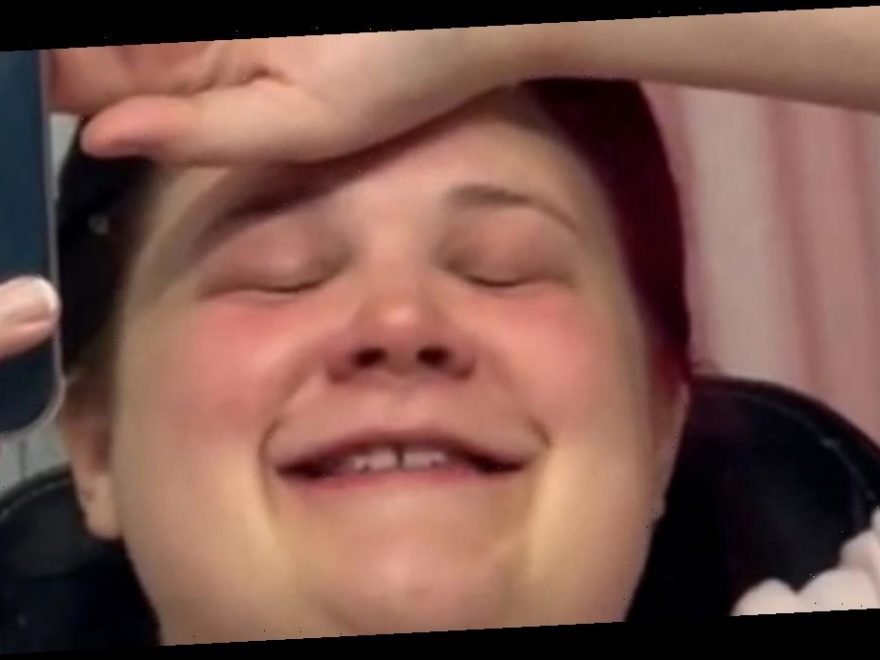 With beauty parlors and hairdressers shut over lockdown, many people have taken it upon themselves to keep everything neat and tidy at home.

But it doesn’t always go to plan, as one woman found out to her horror.

Madison decided she needed to give herself a trim “down there” before her male “friend” popped over.

She explained how she had attempted a bikini wax on herself and it went disastrously wrong.

“Because I put wax [down there] and it stuck, it stuck my lips together.

As if that wasn’t bad enough, Madison then revealed that her male friend was already on his way over while the wax was “still on”.

So she tries to psyche herself up to “yank” it off.

The video has been seen millions of times after being posted to TikTok on Monday (February 22) with the caption: “I cried for literally three hours yesterday.”

Many viewers flocked to the comments section to share their own suggestions for how Madison could get out of her predicament.

“Avocado oil is what’s used in spas,” one said. “I went to school for this and it works wonders.”

Another added: “Use oil to remove it. I’ve made this mistake. Olive oil or coconut oil preferred.”

While a third suggested: “Coconut oil and warm water.

"Also use scissors to get as much off as possible," they added.

Plenty of others demanded an update from the hapless Madison and she duly obliged.

In another video, she said it “took a few times” and “some tears” before she eventually managed to remove the wax.

And she confirmed she was able to have a good time with her “friend”.