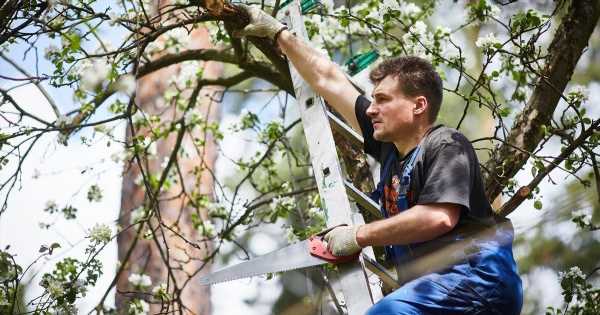 A neighbour has been blasted for cutting down a tall tree to presumably get a better view of a single mum's garden.

The Mumsnet user took to the parenting forum to share her frustration about her nosy neighbour.

She said while she's on good terms with the neighbours, the man often makes comments on what she's doing.

Posting online, she said: "Snooping neighbour has cut the top off my tree so he can get a better view into my garden.

"How should I approach this with him?"

The recently divorced mum wrote: "I'll start off by saying that I live in a really lovely close, where my neighbours are supportive.

"My next door neighbours are generally really kind.

"Pop round to feed the cat when I'm away, put my bins out, help me with jobs I'm stuck with etc.

"However, Mr Neighbour is so unbelievably nosy.

"For example, when I was sunbathing on my trampoline he text me to check I was ok as he had 'noticed' I'd been asleep for a while."

She also said how he regularly comments on what she's been doing in her garden.

The woman revealed: "I've directly told him to stop nosing into my garden, and also in front of his wife (she told him off too).

"He looks out of their upstairs, spare room window. I have a tree that I'm growing to try to mask his view.

"I was away for a few days over Christmas and having come home, I see it's been cut to the level of the top of the six foot fence.

"It's not a massive tree but it will help when (if it ever is allowed) to grow. I'm amused but equally fuming."

She finished the post by asking users how they would approach this problem.

One wrote: "Change your locks and get someone else to feed the cat.

"He sounds like the sort of creep who'd put a camera in your bathroom.