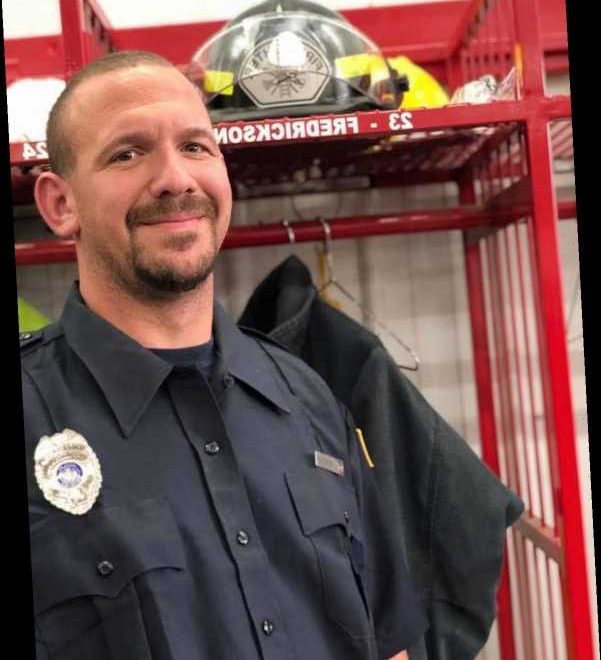 A Wisconsin firefighter has been hospitalized after officials say he was shot by a loaded firearm that went off inside a burning building.

The freak accident occurred while Justin Fredrickson and the Cornell Fire Department were responding to a structure fire on Feb. 19 in the Township of Willard, according to a press release from the department.

Fire Chief Dennis Klass said Fredrickson, 35, was attempting to put out the flames with a hose line outside of the burning building when a loaded firearm inside suddenly discharged.

Officials said the firearm went off "due to heat conditions caused by the fire [and] not by the intentional actions of a person."

The bullet traveled through an exterior wall before striking the 16-year Cornell Fire Department veteran in his abdomen, according to the release.

Speaking to The La Crosse Tribune, Klass explained that "there were four, five rounds that were fired," and called the incident a "freak accident."

"It could have happened to anybody," Klass told the outlet. "It's nuts. You don't think this happens, but I've seen it happen one time before. But it's very rare."

Fredrickson was immediately treated by Sheldon EMS teams and transported to Marshfield Medical Center in Ladysmith before getting airlifted to Mayo Hospital in Eau Claire, according to the release.

Once there, the firefighter underwent three successful surgeries, the fire department said.

In an update posted to the fire department's Facebook page on Thursday, Assistant Chief Matt Boulding said Fredrickson "is currently in the ICU and resting comfortably."

"Justin is in good spirits and on the road to recovery," Boulding wrote. "The family would like to thank everyone for the continued thoughts, prayers, and kind words."

In the wake of the incident, fire officials said many have reached out asking to send donations to Fredrickson.

Those interested can do so at any Northwestern Bank location with the donation made out to "Cornell Volunteer Fireman (memo: Justin Fredrickson)." Donations can also be mailed to Northwestern Bank, PO Box 398, Cornell, WI., 54732.

Because the incident happened on the job, Klass confirmed to the Tribune that Fredrickson will receive workman's compensation.

"Our insurance company has assured us he won't see a [medical] bill from this," Klass shared with the outlet. "He's being taken care of."