Game of Thrones Season 8 has taken quite a turn and fans are not happy about it. After nearly a decade functioning under the assumption that Daenerys would eventually become Queen of the Andals, Ruler of the Seven Kingdoms, Main Breadwinner of a Targaryen Family With Jon Snow, things are not going her way. She’s lost a second dragon and her favorite advisor Missandei, while rumbles to replace her with Jon Snow aka Aegon Targaryen are happening all around her. Fans fear she might go full Mad Queen and kill her Iron Throne competition. Will Daenerys kill Jon Snow?

There’s a whole lot of history behind Targaryens killing Starks down south. When Aegon the Conqueror arrived, Torrhen Stark bent the knee, rather than risk the lives of his men in a futile battle. Many in the North resented him for it, but it was a wise move. Torren went back to Winterfell and stayed there, preferring to involve himself as little as possible with the goings on in King’s Landing.

The Targaryens, for their part, were too busy dealing with Dornish rebellions and so on to worry much about what was happening up North, leaving the Starks to Warden it for them with little interference. 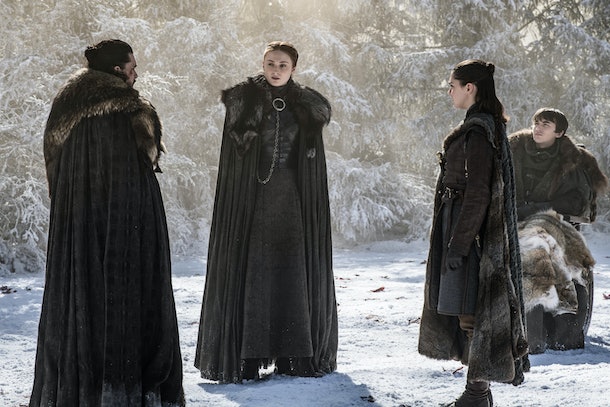 The choice then, by Brandon and Rickard Stark to go to King’s Landing after Lyanna’s kidnapping was a rare journey on the part of the Starks. It ended badly, with Mad King Aerys burning them in the throne room in front of the assembled guests. This strengthened the idea that Starks should stay in the North and not involve themselves with the goings on down South. Of course, they joined Robert’s Rebellion, but once that was over, Ned went right back to keeping with the established norms of leaving King’s Landing to King’s Landing, no matter who was on the throne.

Of course, fans know what happened when Ned broke that tradition, and what happened to Robb when he followed in his father’s footsteps to foment revolution again. It was one of the significant arguments Jon Snow faces when he insists on going to meet Daenerys in Dragonstone in Season 7. Starks don’t fare well in the south, especially when Targaryens are on the throne. 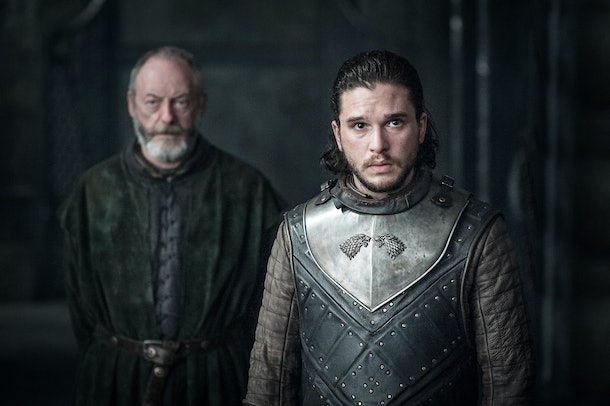 Jon survived that encounter, but that was before he became Daenerys’ Number Two competition for the Iron Throne behind the current Lannister occupant. Jon is frantically doing what he can to prove his loyalty, overruling Sansa’s common sense to wait until the army healed and was ready to march, lest Daenerys see him as an enemy.

How long can Jon keep her satisfied he is not a threat, now that Sansa has told Tyrion her brother’s real parentage, and Tyrion told Varys? The moment Daenerys realizes her advisors are working to overthrow her, she’ll blame Jon for not doing as she said and telling no one of his heritage. Jon can argue it was Bran who did the talking, but that won’t matter. All Daenerys has to do is say a single word, and Jon Snow will go up in flames like the Starks who came to King’s Landing before him.