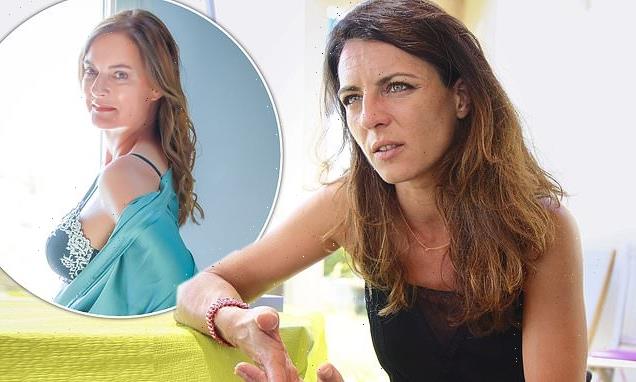 The secret weapon that makes French women so alluring? They always dress from the inside out, says HELENA FRITH POWELL – who lives there – as a French MP resigns after claiming £420 in expenses for her lingerie

On the whole, my English friends have a relationship with their underwear a little like the one they have with their dishwasher.

It’s useful, not very pretty and lasts for decades. I remember one pal once joking that of course her underwear was all matching. ‘It’s all that indistinguishable shade of grey,’ she laughed. ‘A look that takes years to achieve.’

It wasn’t until I moved to France that I realised just how negative and damaging to your self-esteem this attitude can be. For over here, quite the opposite is true. Indeed, I have realised that a French woman’s secret weapon to looking and feeling très chic is not her clothes at all but what she wears underneath.

Hence I wasn’t remotely surprised to read this week that French MP Coralie Dubost claimed £420 in expenses for underwear alone. ‘I am not a cheat,’ she said on resigning. ‘There are parliamentary outfits and personal outfits. I do not wear the same clothes in my personal and MP’s life.’

As a French woman, she naturally includes underwear in this, making a clear distinction between her work undies and the smalls she wears to lounge about in at home. 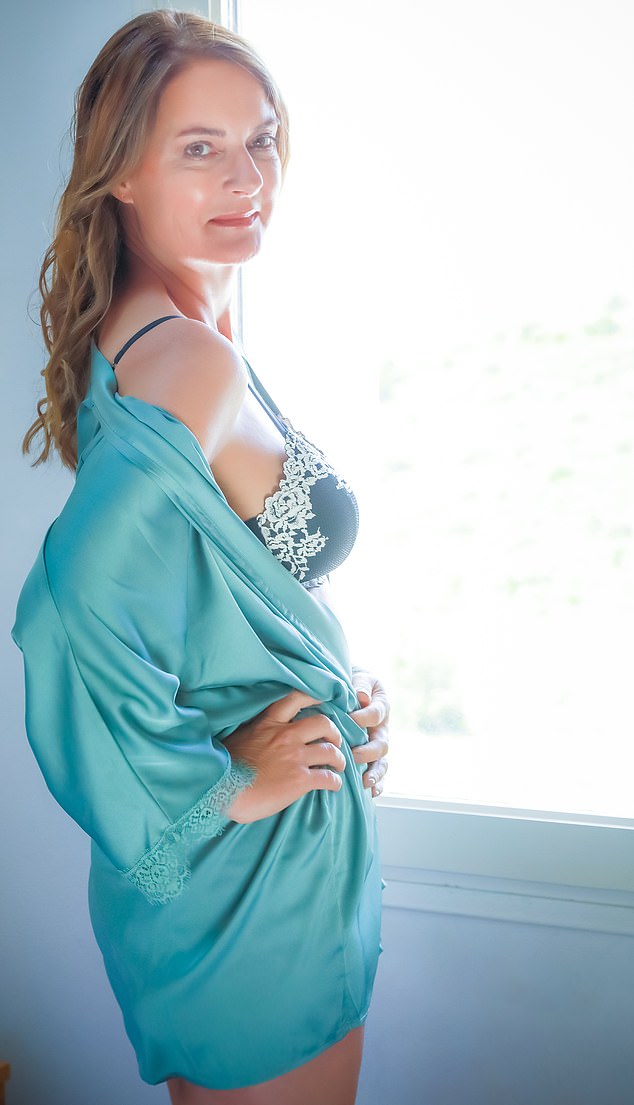 In my local town alone (population circa 8,000) there are three lingerie shops. My favourite, called Frou Frou, is next to a children’s clothes shop, which always makes my husband laugh, writes Helena Frith Powell (pictured)

The truth is, all French women invest heavily in their undergarments — according to some studies, spending 30 per cent of their clothes budget on them.

In my local town alone (population circa 8,000) there are three lingerie shops. My favourite, called Frou Frou, is next to a children’s clothes shop, which always makes my husband laugh. Should you venture in, you will be presented with a wide range of matching bras and knickers, most of which will set you back around £150 an ensemble. The other two shops are even pricier.

I live in the Languedoc, which is not a rich region. The fact that these recession and lockdown-proof shops have managed to stay in business for the 22 years we have had a home here tells you a lot about French women. I would put money on the fact that every woman I run into today, from the baker to the school dinner lady, will be wearing exquisite, matching lingerie.

Even the supermarket only sells bras and knickers in sets. There’s always an inviting selection in the aisle between the tinned tomatoes and the shampoos.

They’re displayed on combination hangers so that there can be no mistaking which knickers go with which bra. If you tried to buy one without the other, I fear someone might call security. What you will not find is value packs of pants: French women just do not go there. And for the past 20 years, neither have I. We moved to France in 2000 and when I first arrived, I was as disinterested in my undergarments as your next British woman in her tatty M&S smalls. My criteria back then was price, comfort and durability. 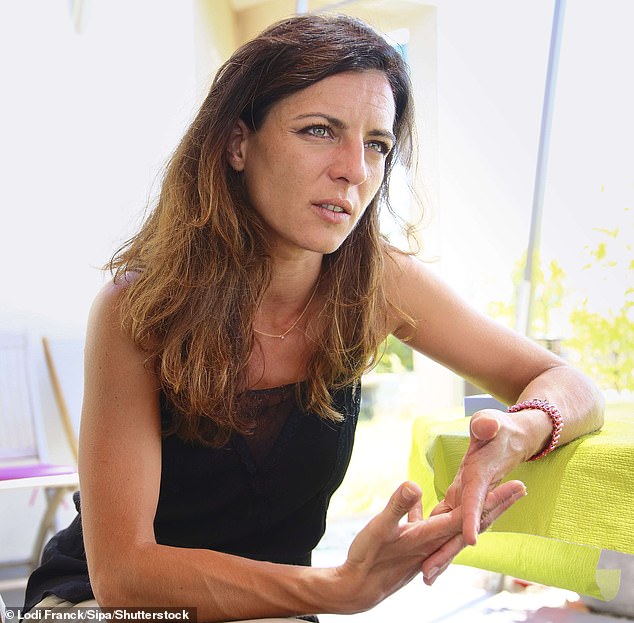 I wasn’t remotely surprised to read this week that French MP Coralie Dubost (above) claimed £420 in expenses for underwear alone. ‘I am not a cheat,’ she said on resigning. ‘There are parliamentary outfits and personal outfits. I do not wear the same clothes in my personal and MP’s life’

For special occasions, such as my wedding night, I splashed out on something special, from La Perla I recall, but for everyday I just didn’t see the point.

How wrong I was. I soon learned that in France, knickers are never something to be bought in bulk and worn until they resemble a J-cloth that’s seen better days.

Underwear must be chic, seductive and, above all, matching. At all times. I used to find this cultural difference perplexing. Surely it wasn’t anything to get your knickers in a twist about? When I asked a French friend of mine why she wore matching underwear she looked even more confused than I felt. ‘Is there any other kind?’ she replied.

As I was discovering, French women have a complex and deep relationship with their underwear. Grasping this was really the beginning of my understanding of this sacred breed of sensual superhumans who seem able to tie a scarf and seduce a man with the flick of a slim wrist, often at the same time.

It wasn’t long at all before I started to adopt the French approach to lingerie. The knock-on effects boosted everything. I have way more body confidence now, in my 50s, than I did as a young woman.

Following the French lingerie rules is now so ingrained, I can’t wear undies that don’t match even to do the gardening. It would be like wearing odd shoes. If my husband is ever angry with me, he threatens to bury me in non-matching smalls. Every French woman’s nightmare, and now mine. One French lawyer friend of mine tells me that if she has a particularly challenging day in court ahead of her, she will pick her most exquisite underwear.

‘The knowledge that it’s there gives me strength,’ she says. ‘It makes me feel powerful. Your underwear sets the tone for the whole day.’

Audrey, another French friend, tells me: ‘It’s the base on which everything else rests. And if it’s beautiful, you feel beautiful too.’

Audrey adds that she always wears nice underwear because you never know what the day might hold, and she wants to be prepared. ‘Prepared for what?’ I ask. ‘Who knows?’ she replies with a smile, ‘But whatever it is, I need to look good all the way to my bones.’

Along with price, age is no object when it comes to this way of thinking. Just because you are getting on, there is no reason to let standards slip. This is another big difference between us and the French.

It seems to me, the older women get here, the more effort they make. Their nails are perfect, their hair blow-dried, their lips glossed. In Britain, it often feels like ageing is an excuse to relax, to get comfortable, not only around the midriff but in terms of what you wear. This is not the attitude across the Channel.

Several years ago when I was writing a book about French women, I got chatting to an elderly lady with silver hair in the underwear section of Galeries Lafayette. ‘Why do you buy lingerie?’ I asked her. ‘To look sexy,’ came the reply.

For French women, partnerships may wax and wane, but her relationship with her underwear is for life.

A woman in her later years takes her underwear as seriously as she does her nutrition. A grey and fading, mismatched bra and knicker combo would simply make her feel miserable and that life is over.

Another area in which we differ is the length of time we hang on to lingerie for. They don’t keep bras and knickers until they fall apart, but update them regularly.

During the winter months this might be more structured cuts and darker colours. During the summer, when one wears lighter clothing, neutral tones and more relaxed shapes come into play.

The first time I threw away some underwear it felt vaguely subversive and strangely emotional. As a French friend puts it: ‘You English seem to hang on to your bras like you would a favourite toy.’

Now I update my underwear on a regular basis. I’m not pretending that I follow any seasonal rules, but as soon as something starts to look saggy or shapeless, it goes. The average drawer life is six months. The maximum a year.

On the subject of comfort, French women do have some comfortable underwear; they are not going to dress for seduction and/or success every day of the week.

But the less structured designs are sensual and elegant, and might consist of silk bras that are not underwired and matching silk briefs.

I have three sets of these from French high street lingerie brand Etam, which is quite affordable, in black, cream and nude. As my French friend Audrey puts it: ‘Dressing yourself in beautiful lingerie is a kind of self-love and care that makes you happy.’ I think this becomes particularly important when you reach a certain age.

It’s very easy to hide under a rock when the menopause hits, but if you continue to treat yourself to gorgeous lingerie, your self-esteem, body image and libido will benefit.

A friend of mine says that French women wear sexy underwear not so much to seduce others, but to seduce themselves. According to French lingerie designer Chantal Thomass, we Brits have a long way to go in adopting this mentality.

‘British women lack the same culture of sophisticated and luxurious underwear,’ she tells me. I say that maybe that’s in part due to the hassle involved in looking after it. I mean, you can hardly hurl your silk undies in the washing machine with the dog blanket.

‘Don’t wash it,’ Chantal suggests. ‘Just wear it in the shower.’ How French is that?

Helena Frith Powell is the author of Two Lipsticks And A Lover, published by Arrow Books