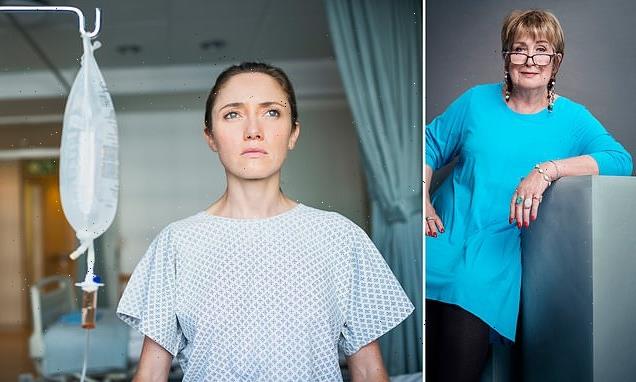 Why is NHS hell-bent on erasing all mention of women? writes JENNI MURRAY

Right, that’s it. I am now convinced the world has gone completely mad under the spell of the trans lobby. The activists have convinced themselves, and it would appear the NHS, that gender — the way you present yourself as male or female — is more important than biological sex. That’s what you were born with and cannot be changed no matter how you choose to identify.

That’s not opinion, that’s science, a subject with which you’d expect the NHS to be extremely familiar. But no — the main pages on our health service’s website detailing ovarian, womb and cervical cancer — all suffered exclusively by those of us born with female biology — make no mention of the words ‘woman’ or ‘women’.

The references to these dangerous diseases have been ‘de-sexed’, using gender neutral language so that trans men don’t feel left out.

‘People’ it appears, need to be warned of symptoms and risks of these potentially deadly conditions. ‘Anyone with ovaries can get ovarian cancer,’ says the NHS overview of the disease. ‘But it mostly affects those over 50.’ No mention of women, see. 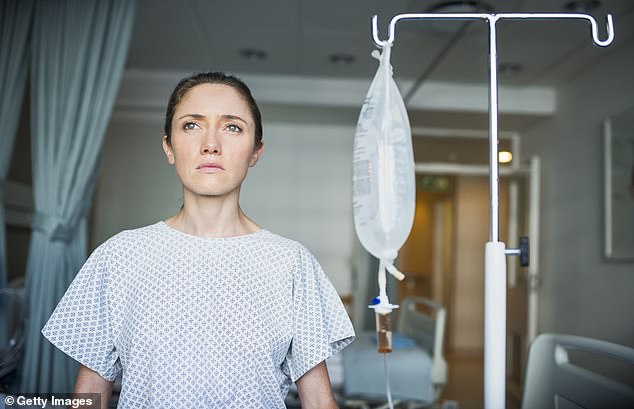 The most recent figures on the population of the UK, say there are more than 67million of us — 33.94million are women and 33.15million men

Surprise, surprise it’s an entirely different picture if you click onto the cancers that affect only men. Take prostate cancer for example. Good grief, that part of the NHS site is positively raining men! ‘Most cases develop in men aged 50 or older,’ it says.

‘For reasons not yet understood, prostate cancer is more common in black men and less common in Asian men.’ Only ‘woman’, it seems, is perceived as a dirty word; ‘man’ is just fine.

Let’s look at the numbers. The most recent figures on the population of the UK, published in 2020, say there are more than 67million of us — 33.94million are women and 33.15million men.

That means we women form 50.59 per cent of the population as a whole. We are the majority. So, what about the number of trans people in our community?

A recent YouGov survey questioned 1,800 people about their understanding of the make-up of British society. How many people, for instance, did they think were transgender? Five per cent was the conclusion. The reality lies between 0.3 and 0.7 per cent.

So we, the majority, who are proud to call ourselves women — because that’s what we are, always have been and always will be — are excluded in favour of the inclusion of a tiny minority.

That the NHS should adopt such a ‘woke’ policy (thanks to noisy and aggressive campaigning by groups such as Stonewall) is not just upsetting and infuriating, it’s insulting. It demeans those of us whose health depends on clear advice about the biology that makes us girls and then women. 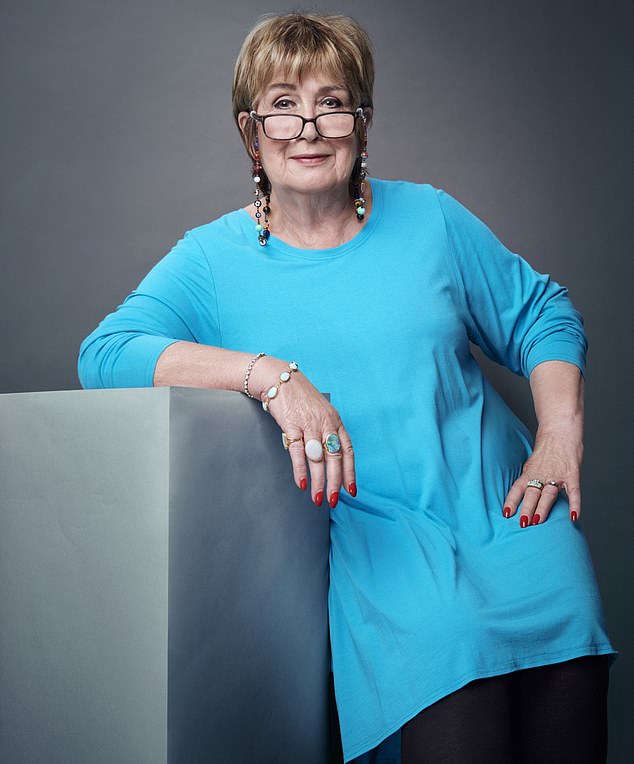 Jenni Murray (pictured) says maybe it’s fear of cancel culture that’s made so many people in and outside the NHS too afraid to speak up about the erasure of women and, of course, other words such as mother, maternity and breastfeeding from the language

I also believe it insults those women who have chosen to identify as male.

Surely during the transitioning process they are told their female biology has not changed despite the drugs and hormones they’ve taken to grow a beard and deepen their voice? They must be aware they used to be women and girls, and still need to follow health advice issued to women.

Identifying as a man does not make it unnecessary to get smear tests or have a check up for ovarian cancer if you’re suffering bloating and pain. Equally, the trans women must be aware they won’t be needing tests for the female cancers, but jolly well need to pay attention to their prostate.

Not only is this ‘de-sexing’ of language grossly unfair, it’s also dangerous. It’s surprising that no one in Britain appears to have noticed or complained about it until it was pointed out this week by an Australian doctor, Karleen Gribble, a nursing and midwifery professor at Western Sydney ­University.

She’s written about the importance of sexed language in birth and childcare, saying: ‘I think the changes to de-sex language are well intentioned, but we are seeing they are making communications less clear and when it comes to critical health issues that has great potential to place the health and well-being of individuals at risk.’ It’s worrying to think it took an Australian to warn us of the risks of changing language in favour of such a tiny minority.

Maybe it’s fear of cancel culture that’s made so many people in and outside the NHS too afraid to speak up about the erasure of women and, of course, other words such as mother, maternity and breastfeeding from the language.

There is some hope. A senior, unnamed, government source has been quoted as saying using unclear language is ‘harmful and can prevent people from finding the help they need, and guidance should use clear and commonly understood terms’.

The source added: ‘All health advice is written carefully, but it would not be right to erase either women or men from information relating to their biological sex in a sincere attempt to accommodate those who have a different gender identity.’

Hear, hear! Now let’s see some changes to that across the NHS online. I haven’t spent my life fighting for the rights of women only to see us sacrificed at the altar of wokedom by our very own health service. 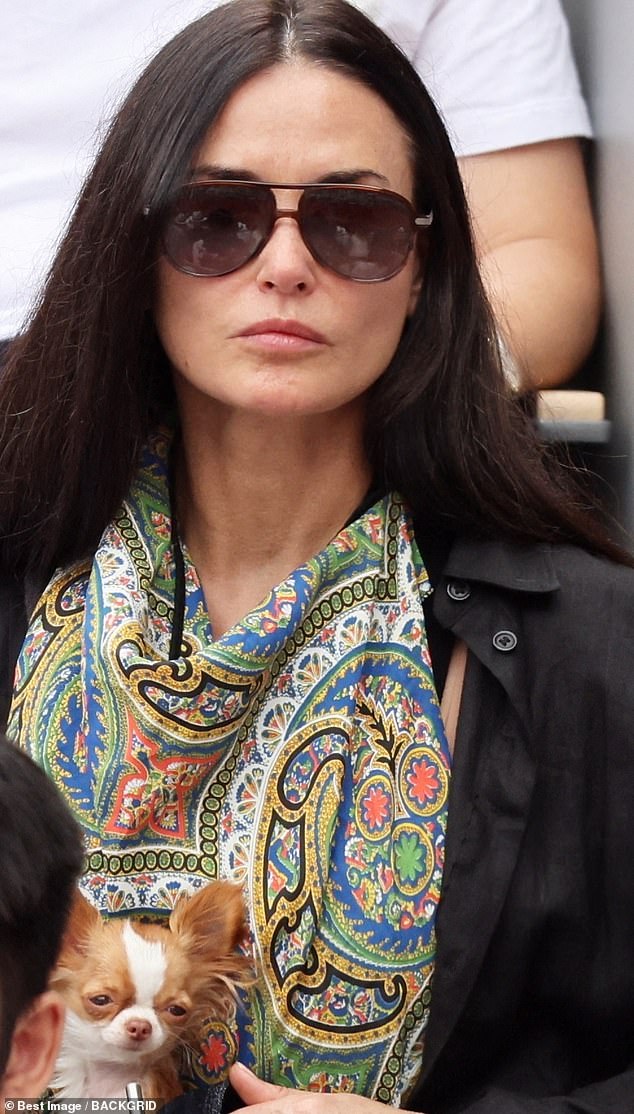 I can’t blame Demi Moore for smuggling her tiny pup into the final of the French Open at the weekend. They hate to be left alone. I sat through a film in the cinema years ago only to find my son, Ed, had his chihuahua, Lulu, in his coat pocket. Not one person had noticed. 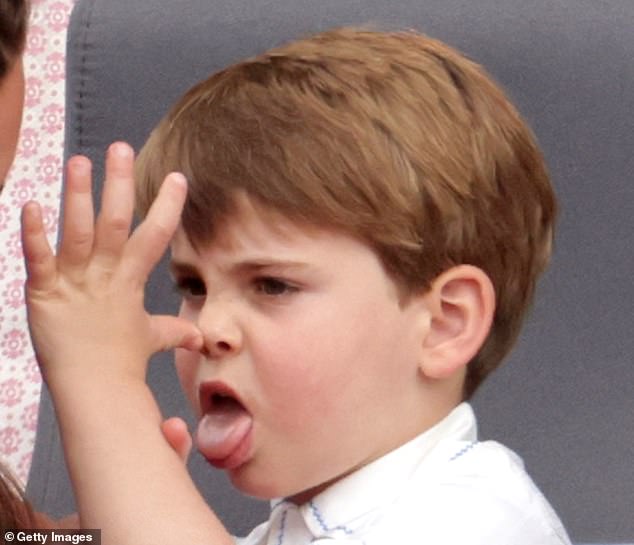 Prince Louis (pictured) reminded Jenni of an interview with Prince Charles when William, then aged four, stuck his tongue out at her

What a little scamp young Prince Louis has turned out to be. His antics took me back some 35 years when I went to Highgrove to interview Prince Charles about the Duchy of Cornwall for a BBC2 film. The director thought it would be a lovely idea to include the current Prince of Wales hand in hand with the future Prince of Wales, William, then aged four. Princess Diana brought him down from the nursery and Charles began the introduction. ‘William, I’d like you to meet Miss Murray. She’s very important. She’s from the BBC.’ William put his thumbs to his cheeks and stuck out his tongue. Word to William: Like father like son? 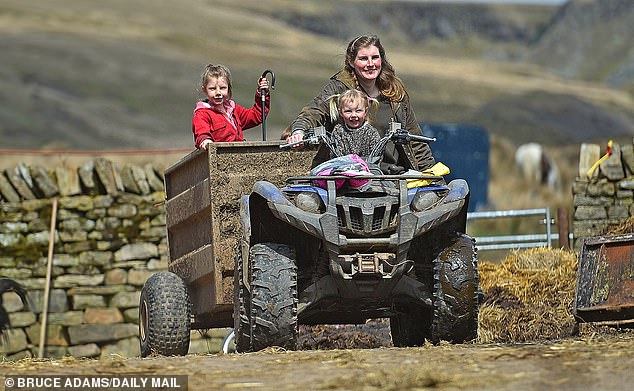 Social services were right to question The Yorkshire Shepherdess about letting her children ride a quad bike without a helmet.

Amanda Owen, the star of Channel 5’s Our Yorkshire Farm and mother of nine, admitted she ‘got a yellow flag’ from social workers, but said she wanted her children to set their ‘own parameters’.

I’m all for allowing children to climb trees and make campfires, but quad bikes can be lethal.