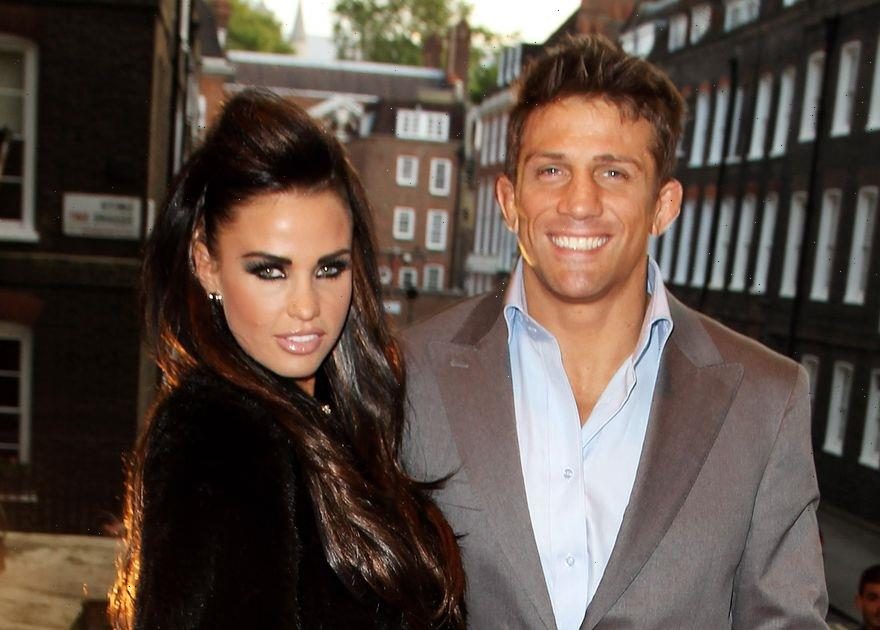 Katie Price's love life has had it's twists and turns.

And now she has reportedly split from her latest fiancé Carl Woods.

Since their 'break-up' he hasn't wasted any time earning money on OnlyFans despite previously calling it 'desperate'.

But he isn't the first person to propose marriage to the star. Move over J-Lo (who has been engaged five times), as by our calculations Carl is the eighth lucky guy to put an engagement ring on Katie's finger.

We salute Katie's ability to get men to commit to forever (even if it's a temporary promise) – we can't even get a text back!

But where are the men now? Let's find out…

History: Leandro and Katie met at Elton John's Oscars party in February 2011. The models had an on/off relationship, with Katie even flying to Argentina to meet his family. They called off their six-month engagement by October the following year with Leandro citing the reason as Katie being "crazy".

Current life: Leandro owns a door to door avocado sales company called Paltas Royale. He wakes up at 5am each day to drive his van and find customers, sometimes not getting home until 1am. "This work is hard and sacrificed, especially when you have to meet clients," he told the Daily Star.

Keep up with your favourite celebs, fashion edits and lifestyle content with our OK! newsletter

Download OK! magazine's FREE app and get all the gossip straight to your phone

History: The Gladiators star romanced Katie in 1997, before they called time on their relationship two years later. He spoke of their shared interests on This Morning – “We were very similar people, we grew up with similar backgrounds, we both took our clothes off for a living," but said the split happened as, “We were both deriving our identities from being relevant in the media. We were both selling stories.”

Current life: Warren didn't maintain the same celebrity status as Katie saying, "I could earn £2,000 an hour on Gladiators, now I'm lucky if I could get £20 an hour." He worked on building sites, eventually becoming a construction manager. He is now a born-again Christian who preaches in schools and prisons.

History: Katie was in a relationship with Scott when she entered the 'I'm a Celebrity…Get Me Out of Here' jungle for the first time and fell in love with Peter Andre.

Current life: Scott married Made In Chelsea star Funda Onal, and the pair have a baby together. He is the co-founder of SHY Aviation, which charters private jets.

History: Kris and Katie met at Essex hotspot Sheesh through Love Island star Rykard Jenkins in 2017. They had an on/off relationship, with Katie even dating Alex Adderson in one of their breaks. Katie announced their engagement live on Loose Women in July 2019, but it was over months later.

Current life: Kris has continued his fitness work, and has also dabbled more in reality television. He is currently starring in Celebrity Ex on the Beach, where he has a short-lived romance with TOWIE star Ella Wise.

And now for the men who actually became husbands…

History: The nation watched them fall in love while competing on I'm a Celeb. After quickly breaking up with Scott, the pair got together. They were married in September 2005 and welcomed children Junior and Princess. By September 2009 they were officially divorced.

Current life: He is happily married to Emily Andre, and the couple have two children together – Amelia and Theodore. He has recently teased a secret project with a photo of a bruised face, and has put himself forward as presenter for the spin-off show of I'm a Celeb.

History: Katie and Cage Fighter Alex met in July 2009 at Michelle Heaton's 30th birthday party at Café de Paris. She dumped him on live TV in November 2009, before they got back together and married in Las Vegas four months later. They were divorced by March 2012.

Current life: Alex is dad to Dolly – a child he shares with former girlfriend, Big Brother star Chantelle Houghton. He is now engaged to Nikki Manashe, and the pair bravely spoke about their struggles with conceiving and multiple miscarriages before welcoming daughter Anastacia last year. He describes himself as a 'plant based athlete' and has a YouTube channel documenting his life.

History: Katie met her most recent husband on Blackberry Messenger – what a fun throwback – in late 2012. Two months after meeting the pair got married, and soon welcomed children Jett and Bunny. It was discovered former Stripper Kieran cheated with Katie's best friend Jane Poutney, but they worked it out and he got therapy for sex addiction. However, flirty emails with Nanny Nikki Brown in 2017 lead to an eventual divorce.

Current life: Kieran runs a personal training company. He is engaged to Michelle Penticost and they welcomed son Apollo in August last year.

For all your lifestyle, real lives and showbiz news, sign up to OK!'s daily newsletter here.