As one of the most influential entertainers in the world, Jennifer Lopez is a veritable force of nature. From humble beginnings, this global superstar has risen to become a top musician, acclaimed actress, and businesswoman unlike any other.

Lopez is not shy when talking about her early life, and how some difficult circumstances have driven her to work even harder to succeed in her chosen industry.

Where did Jennifer Lopez grow up? 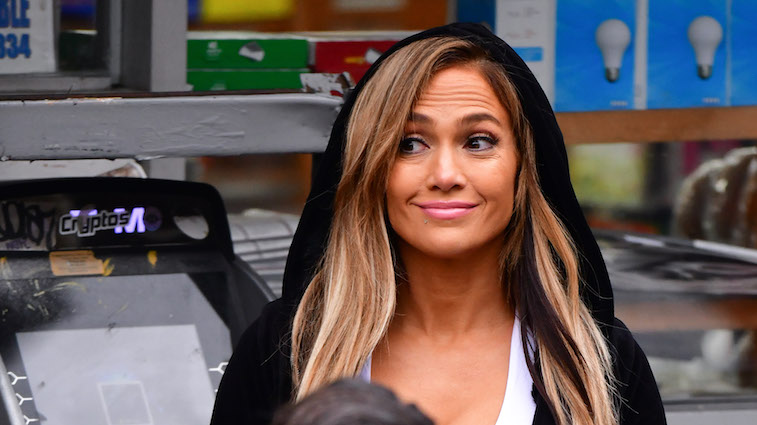 Jennifer Lopez was born in 1969 to Puerto Rican parents. Lopez’s parents were both born in Ponce, Puerto Rico, but moved to the United States with their families as children, ultimately settling in New York City.

Young Jennifer Lopez was raised in the Bronx, a neighborhood known for being tough and exacting. Lopez has two sisters, and the entire family lived in a small apartment for years until her parents saved up the money to move into their very own house.

Lopez showed promise quite early, and her parents enrolled her in singing and dancing lessons.

The lessons paid off, and although Lopez was a good student, especially at student athletics, she decided to pursue a career in entertainment. After getting her start in regional stage productions, Lopez landed a spot as a backup dancer with a 1991 New Kids on the Block tour.

That opportunity led to her breakout job, as a “Fly Girl” on the popular TV show In Living Color.

The rest, as they say, is history. Lopez started scoring roles in movies like Jack and Money Train, which led to her big role in the hit film Selena. Critics loved her earnestness and commitment to character, while audiences appreciated her realness and great comedic timing, as well as her undeniable beauty.

While Jennifer Lopez occasionally works in bits of Spanish into her songs and does speak Spanish, as it turns out, she was encouraged to mainly speak English as a child.

Her parents reportedly preferred that their children spoke mainly English at home in the belief that it would lead to better job opportunities.

While she does speak some Spanish, she has admitted that it’s “not very good,” and in fact received some backlash when she was cast in Selena because some critics didn’t think she had enough Latina presence.

Lopez has never shied away from her shaky Spanish skills and has even stated that she won’t be taking any Spanish-speaking movie roles because she doesn’t feel comfortable acting in Spanish.

This hasn’t held her back any, though. Over the years, Jennifer Lopez has appeared in some of the biggest romantic comedies of all time, including The Wedding Planner and Monster-in-Law.

In addition to all her other jobs, Lopez is a committed mother, to her twins, Max and Emme, with ex-husband Marc Anthony.

Although Anthony and Lopez have long since split, the two remain dedicated to raising their children together. These days, Lopez is in a happy relationship with Alex Rodriguez, who has two children of his own.

It is speculated that the pair’s children will be involved in their upcoming wedding ceremony in some capacity, although neither Lopez nor Rodriguez have admitted exactly how.

Many fans wonder if Lopez still speaks Spanish in her own home, or if her children can speak any Spanish. In an interview, Lopez admitted that it is important to her that the twins not only speak Spanish but fully understand the language and culture of their parents.

She also said that she’s very proud of her roots and that it’s really important for her to help share that culture with the world. No doubt in the coming years, Lopez will find even more ways to connect with her fans.