Ever wonder how cheap, no-name products on Amazon can amass hundreds, sometimes thousands, of nearly perfect star ratings, with just a handful of negative reviews?

Here's one way: Some sellers are reaching out to unhappy buyers to revise or delete their negative reviews, in exchange for refunds or gift cards. With fewer disgruntled shoppers, the overall average star rating rises.

Sellers who ship products via Amazon aren't supposed to reach out to customers outside of Amazon's official channel — in fact, it's a violation of the terms they agree to on the retail platform.

In March, New Yorker Katherine Scott picked out an oil spray bottle for cooking, based on nearly 1,000 glowing Amazon reviews of the product, which had a 4.5-star rating average. When the $10 sprayer arrived, she found the item didn't work as advertised: Instead of a mist, it produced a stream of oil, she said. "It was like a Super Soaker gun instead of a spray-paint can, which defeats the purpose of the product," she said. She left a negative review.

A week later, Ms. Scott received an email from someone claiming to be from the customer-service team of the oil sprayer's brand, Auxtun — correspondence which I have reviewed.

"We are willing to refund in full," the representative wrote. "We hope you can reconsider deleting comments at your convenience okay?"

The message concluded, "When we do not receive a response, we will assume that you did not see it, and will continue to send emails."

The seller shouldn't have had her email address. Sellers who fulfill orders themselves do receive customer names and mailing addresses. But for orders that Amazon itself fulfills, customer data is supposed to be shielded from sellers and brands.

Sellers are permitted to communicate with buyers through Amazon's built-in messaging platform, which hides the customer's email address. Amazon's terms of service also prohibit sellers from requesting that a customer remove a negative review or post a positive one.

"We do not share customer email addresses with third-party sellers," an Amazon spokesman told me.

Meanwhile, brands, which can be distinct from sellers, may reach out to unsatisfied customers through Amazon's messaging service, but they also aren't allowed to ask customers to remove negative reviews.

Ms. Scott asked for a refund but didn't want to delete her review. Another representative reached out the next day and declined to issue her refund. "A bad review is a fatal blow to us," read the email. "Could you help me delete the review? If you can, I want to refund $20 to you to express my gratitude." (This was twice what Ms. Scott paid.) A few hours later, she received another plea from the same email address. 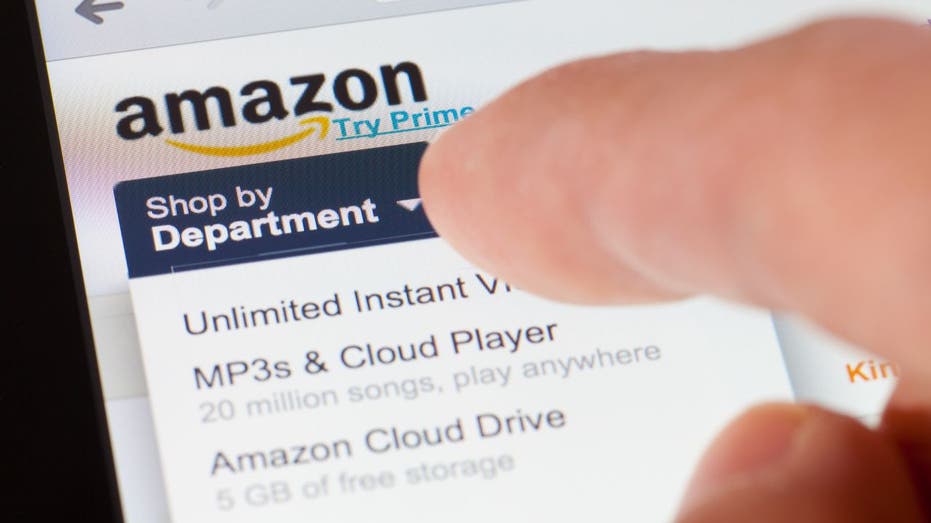 Browsing the Amazon webpage on an ipad (iStock / iStock)

"It was so creepy. They emailed me directly about it over and over," Ms. Scott said.

In an April 16 customer-service chat, an Amazon agent told Ms. Scott, "I am forwarding to the team who will get back to you on this within 48 hours. They will make sure the seller will be no longer associated with Amazon." She said no one got back to her.

When she received more unwanted emails in July, Ms. Scott called Amazon's support hotline. A rep told her via email that the case would be investigated, but Amazon wouldn't be able to release the outcome of the investigation.

The listing — and its positive reviews — remained live after Ms. Scott's complaints. But after I asked Amazon to comment on the situation for this column, the listing disappeared, and both the brand, Auxtun, and the seller, HoHousstore, no longer appear to be on Amazon. "The issue you're highlighting was detected by our internal processes, and the appropriate enforcement actions were taken," the Amazon spokesman said. Neither Auxtun nor HoHousstore responded to requests for comment.

It wasn't an isolated incident. In this kitchenware niche, at least a dozen other customers said in reviews that they were pressured to revise their initial low ratings.

Many top search results currently in Amazon's "oil spray" category feature the same design, sold under different brands and sellers. One product, with more than 4,600 ratings, has telling reviews. "Product doesn't work and company will bother you till you change review," a customer wrote. "Seller offers $20-$30 to delete negative reviews," said another. Both gave the spray one star. Neither the seller nor the brand responded to requests for comment via Amazon's internal messaging system.

Sellers and brands sometimes find ways to reach customers away from Amazon's watchful gaze. Ms. Scott thinks that a "free gift" insert for a cooking thermometer in the oil spray's packaging — which prompted her to enter her email address and order ID — was how the brand was able to link the negative review with her address. The Amazon spokesman said the insert is a violation of company policy.

The seller might have been able to look up her name and mailing address in sales records provided by Amazon, and use that information to find her email address. In April, after Ms. Scott purchased the oil spray bottle, Amazon stopped including names and mailing addresses in records of most Amazon-fulfilled purchases. Sellers now typically see only a buyer's city, state and ZIP Code.

Ben Hendin of Tulsa, Okla. — who was featured in my report on the fake Amazon-review economy — said he heard from a seller four times after posting a negative review of an unsatisfactory $17 finger splint. The seller increased the amount of money it was willing to pay for him to delete the review, eventually reaching $40.

When Mr. Hendin asked how this seller got his contact info, the representative replied: "Boss found it through social software search for names." The people who reached out to Mr. Hendin didn't respond to my requests for comment.

James Thomson, a former Amazon employee who is now a partner at brand consultancy Buy Box Experts, said some third-party tools take customers' shipping information and match it to known email addresses. He emphasized that the practice violates Amazon's rules and that he wouldn't recommend sellers or brands use these tools.

One company, called Matic Chain, offers an email extraction service for Amazon sellers. A company representative told me over email that it uses Google and social media to match buyers' names with contact information. When I asked if the company knew this was a violation of Amazon policy, the rep didn't respond.

Another business, called ZonBoost, says it provides email addresses from reviews for up to $60 a piece. ZonBoost didn't respond to requests for comment.

"Amazon provides a great deal of help content, proactive coaching, warnings and other assistance to sellers to ensure they remain compliant with our clearly stated policies. We have clear policies for both reviewers and selling partners that prohibit abuse of our community features, and we suspend, ban and take legal action against those who violate these policies," the Amazon spokesman said. "Bad actors that attempt to abuse our system make up a tiny fraction of activity on our site and we use sophisticated tools to combat them and we make it increasingly difficult for them to hide."

The spokesman also said, "In 2020, we stopped more than 200 million suspected fake reviews before they were ever seen by a customer, and more than 99% of reviews enforcement was driven by our proactive detection."

AMAZON NOW HAS 'KEYS' TO THOUSANDS OF APARTMENT BUILDINGS IN THE U.S.

The Wall Street Journal has reported cases where Amazon employees were accused of accepting bribes in exchange for information that benefited third-party sellers. Amazon said at the time that it disciplines any employee in violation of the company's policies, and has installed systems to restrict and audit what employees can access.

No matter the method a seller or brand might use to obtain customers' information, the result is the same. It's hard to trust the authenticity of reviews, and you might be less inclined to leave your own negative review of a product, out of fear of seller retaliation. So, what can you do?

Don't use your name in Amazon reviews. I encourage people to leave as many Amazon reviews as possible. But if you do, keep your real name or initials out of the write-up to prevent the seller or brand from contacting you off-platform.

Go to Your Account and under "Ordering and shopping preferences," click Your Amazon Profile. There, you can change your public name. Click "Edit your public profile" then "Edit privacy settings" to manage what appears on the profile. You can also choose to hide all activity.

Save all of your communications. If you receive any questionable and potentially abusive emails or messages, download or make screenshots of them, so you can forward them to Amazon customer service.

Report abuse to Amazon. An Amazon spokesman said customers can report abuse by emailing [email protected] Provide as much detail and as many screenshots as possible. Next to reviews, there is also a "Report Abuse" link.

Block their email address. By replying to the seller or brand, you could be confirming your email address belongs to a legitimate customer, and it might continue to send you messages through different accounts. Instead, in Gmail, click the three dots in the top right corner of the email message to block the sender. In Outlook, select a message, then in the menu bar, go to Message > Junk Mail > Block Sender.