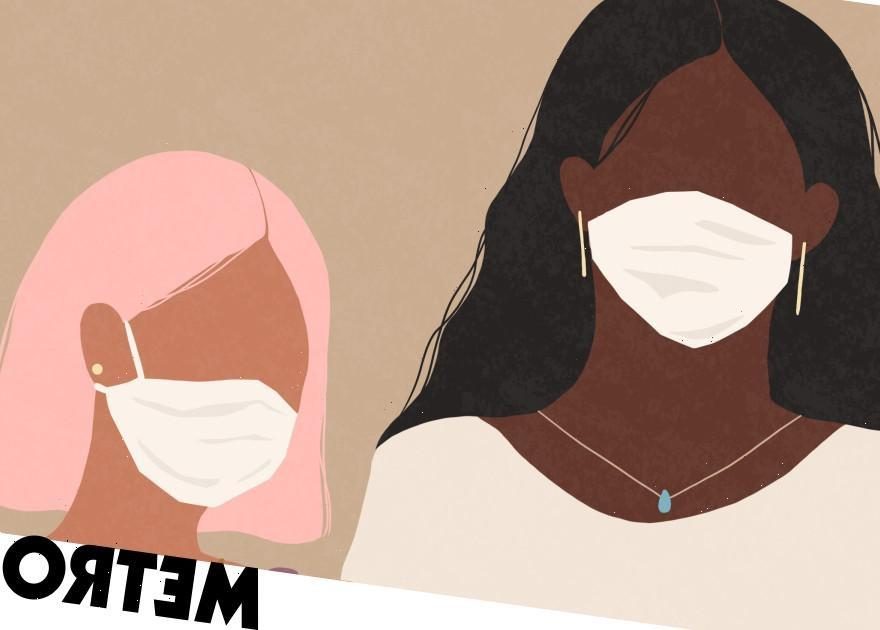 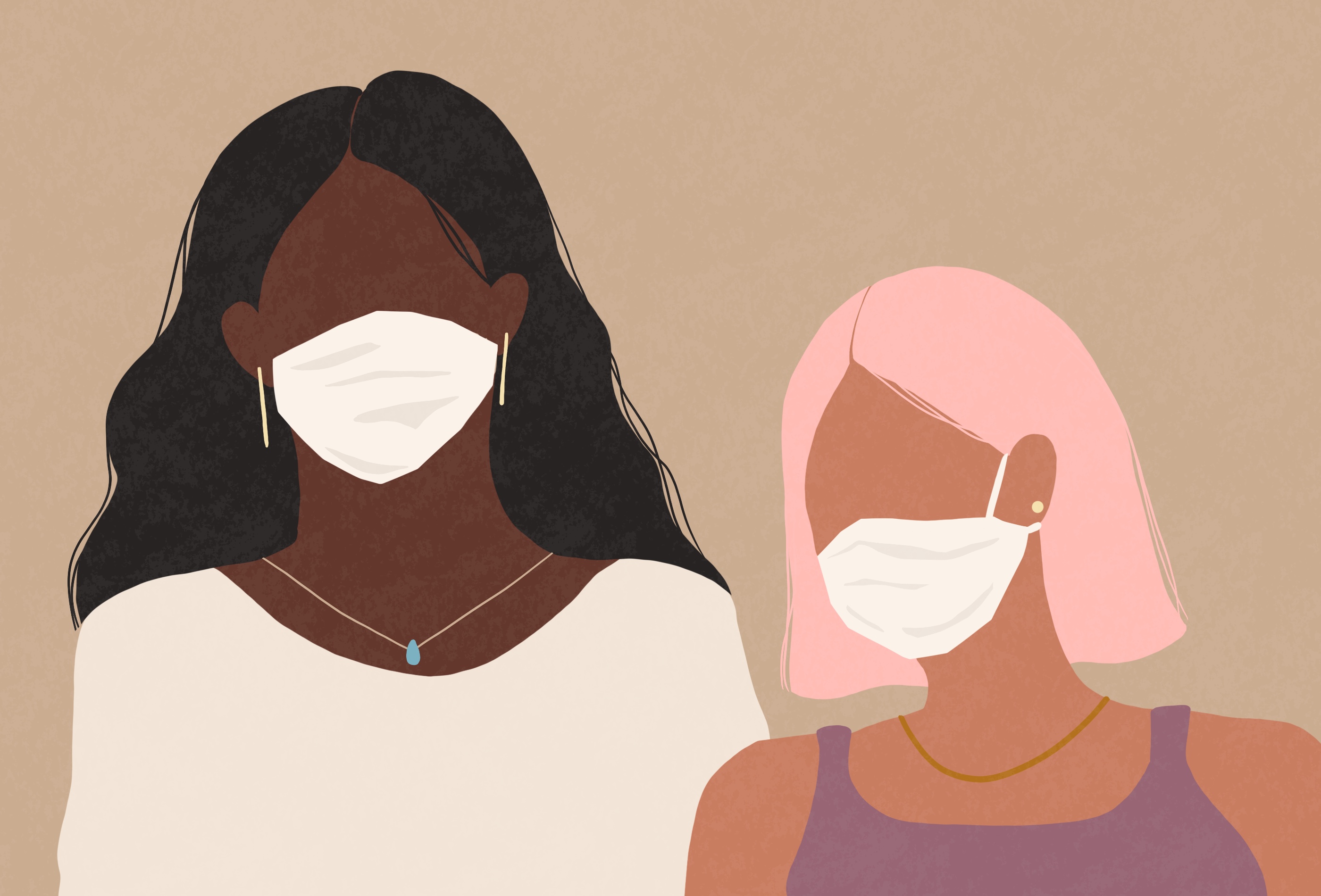 All kinds of relationships have been tested during the last year. The strain on couples and marriages has been well-documented, but friendships have also taken a hit.

Whether it’s people flaking out on plans, not being there when you need them the most, or not agreeing with your interpretation of the Covid restrictions – lots of us have had to reassess our friendships since lockdown began.

As restrictions start to lift and our social media feeds are flooded with gin-soaked alfresco reunions and drizzly beer gardens, you might be thinking there’s one friend you actually don’t want to see when this is all over. And that’s OK.

According to Google trend data, the term ‘ending a friendship’, has received a 9.200% uplift during lockdown.

This isn’t a huge surprise. For many, the pandemic has provided a new perspective on life, a shift in priorities and an opportunity to reassess whether friendships are healthy or if time apart has guided them to a happier existence.

Lisa says she has ended friendships during lockdown because she found it hard to communicate how she was feeling, and was disappointed in some people’s lack of contact.

‘I ended friendships due to the pandemic as I didn’t think anyone could relate to the way that I felt,’ Lisa tells Metro.co.uk.

‘A worldwide pandemic emergency really let’s you know who cares enough to even text you, or send you a message on social media. If a friend hasn’t even checked on you during this time, then they are disingenuous.’

Lisa says that the pandemic triggered intense emotions of anxiety and stress for her, and some friendships weren’t equipped to deal with that.

‘A part of me wanted to call a friend and cry or vent but, a part of me felt ashamed to be so vulnerable, plus I didn’t want to overwhelm my friends with my problems, especially because many have lost their jobs.

‘I honestly had to practice self care and sort out my emotions, so I withdrew from everyone. There comes a point where you can’t pretend to say that you are okay when you really are not.’

Anya* says the events of the last year, not only the pandemic but also the growth of the Black Lives Matter movement, made her realise that two of her friendships was particularly toxic.

‘The last year definitely gave me more time to think and reassess, and when lockdown started to ease I realised I didn’t want to see some of my friends,’ says Anya.

‘I realised it was because of what happened alongside the resurgence of Black Lives Matter. I was reminded of comments the year before where my friend (at the time) said racism didn’t exist.

‘I tried to speak up but they shut me down and my other friend who was there said nothing.’

To make matters worse, Anya says that this same bystander friend said at the time of George Floyd’s death that racism will never end, and that white people die at the hands of the police too. Remembering these remarks made Anya certain the friendships had to end.

‘I was like, cool, let me cut,’ she says. ‘It was so upsetting, but lockdown definitely made me realise that just because you’ve been friends with people for a while, it doesn’t mean you have to stay friends.

‘Lockdown also made me realise when it comes to friendship, you shouldn’t endure your friends, and you are actually supposed to enjoy their presence – I realised I wasn’t enjoying theirs.

‘Even though we have been inside for months, now things are open there’s no point meeting friends who you don’t really like anymore.’

Here are Zoe’s red flag warning signs that it might be time to end your friendship.

‘Frequently, we quickly dispel the initial thought towards an occurrence and replace it with an action that we think we ought to do.

‘If you check your phone and experience a sense of dread when certain friends have made contact, it is time to stop and assess why it stirs such feelings and determine if the situation may be toxic to your wellbeing.’

Zoe says that feeling a sense of dread when you get a message or a call has been amplified for many in lockdown, as we are using our phones more than ever.

‘Witnessing your reasons in black and white prohibits the feelings being disregarded as a fleeting emotional response and lets a person really think about the reasoning behind their emotions.’

‘Anything you can do I can do better’

We are navigating our way through a pandemic, which means it’s more important than ever to celebrate our wins – even the small ones.

If you have a friend who is unable to celebrate you, or makes it all about them, then that friendship could be toxic.

‘A one-upmanship mentality is perhaps the most common toxic friendship trait that I have witnessed as a result of lockdown’, says Zoe.

‘The “I can do it/I have done it better” mentality is toxic to a friendship as it often starts small and evolves into something so big it pushes a person feel like a failure.

‘If you feel that you are in constant competition with a friend, it is a sign that the friendship may have become toxic.’

We often like to help our friends out where we can, but financial abuse reveals itself in many forms and should be taken seriously.

It may be that you always find you’re one drink short when buying rounds, others may find they always end up lending money and feel too awkward to ask for it back.

Zoe says another common scenario is a friend not acknowledging that they receive different incomes and inflict guilt when the other can’t meet their expectations in terms of lifestyle, going out and spending money.

‘The closure of hospitality has led to many noticing just how much they are spending in a social setting,’ says Zoe. ‘There may have even been an expectation from friends to part with their money, even if they did not want to.

‘Feeling pressure to do anything that you do not want to do and then a sense of guilt is a sign that a friendship is toxic. Do not be afraid to stand your ground, clearly explain that you do not wish to participate. There is no need to go into extensive detail.’

You’ve given them chances before

‘Every relationship, whether it romantic or platonic requires second chances at some point’, says Zoe.

‘In fact, depending on the subject matter, I often encourage second chances as it is how we evolve as people and trust is built.

‘However, if you find that you are continuously the victim of harmful behaviour you must move on from with little explanation, it may be time to ask yourself whether the relationship is toxic.’

It’s important to remember that removing yourself from a toxic friendship does not mean the friendship was a failure, or that you have failed.

When you do decide to have that conversation, Zoe suggests choosing your language carefully to avoid a big argument, or hurt feelings.

‘Avoid statements such as, “you do X and you make me feel like X”,’ says Zoe. ‘Instead, choose phrases such as “I feel that”. This avoids the conversation turning into self-defensive mode and maintains the focus on you.’

Although it is easier said than done, Zoe says it’s important to try to alleviate the pressure on yourself.

‘If you have established how you feel and you know what you want, there is simply no need for lengthy texts and phone calls. Again, protect your wellbeing.   Prolonging the inevitable is not fair on anyone involved.’

Do you have a story to share? We want to hear from you.

Get in touch: [email protected]