“Kettling” is a law enforcement tactic in which police form lines blocking streets, then start to close in on the barriers as a way to contain people within a limited area.

Typically, an officer on a bullhorn then announces that the demonstration is no longer a lawful assembly and orders people to disperse.

The practice has drawn opposition from those who say it ensnares protesters, and innocent people who cannot escape. Some “kettling” processes take longer than others. 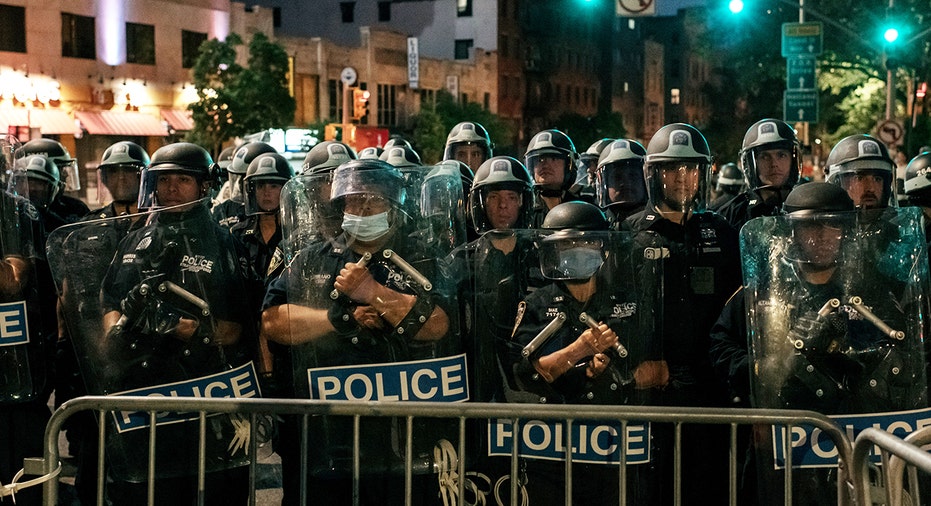 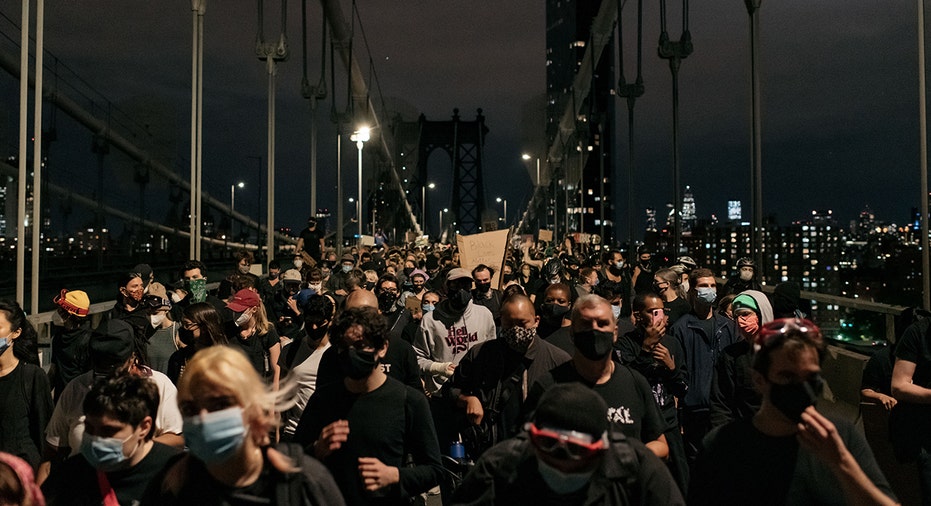 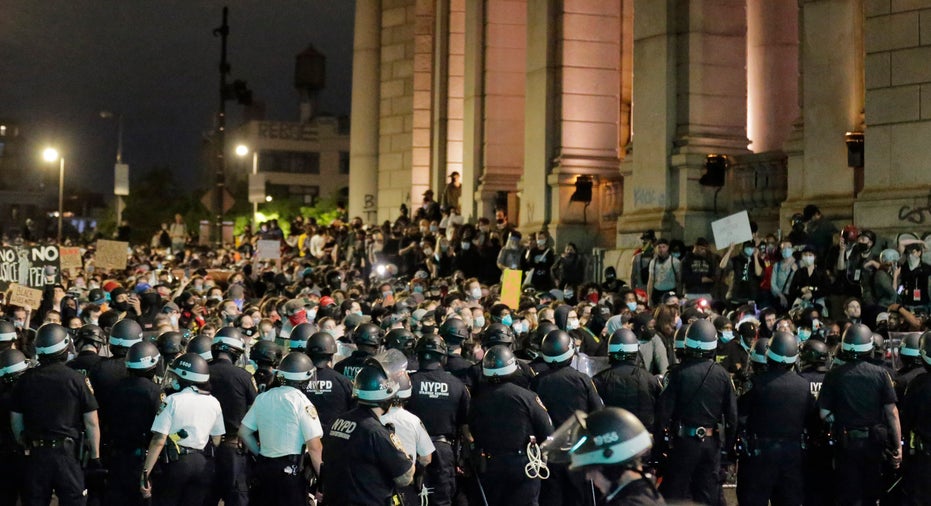 NYPD officers block the exit of the Manhattan Bridge as hundreds protesting police brutality and systemic racism attempt to cross after a citywide curfew went into effect in New York City on June 2. (Scott Heins/Getty Images)

The New York Police Department used the tactic on Tuesday night against demonstrators protesting in the wake of the law enforcement killing of Minnesota man George Floyd. Floyd, a 46-year-old black man,  died after a Minneapolis police officer pressed his knee into Floyd’s neck for several minutes, even after he stopped moving.

The thousands of protests were out past the citywide 8 p.m. curfew and they had made their way onto the Manhattan Bridge when the NYPD corralled them and blocked off both ends, according to social media images and several media reports.

They were allowed to leave hours later around 11 p.m., New York’s WPIX-TV reported.

The move was criticized by some public officials, such as Democratic Rep. Alexandria Ocasio-Cortez, who called it “dangerous.”

But New York City Mayor Bill de Blasio lauded the move, and said he was corresponding with the NYPD and keeping an eye on the event.

“I was observing the situation at the Manhattan Bridge from a site very nearby and talking it through with [NYPD Commissioner Dermot Shea],” de Blasio said during a Wednesday press conference. “I think it was the right decision, to say there is a curfew, people should just plain be home, but there was an exceptional effort to respect the peaceful protest understanding this moment in history. But the notion that folks were going to cross the bridge and just keep going and going into Manhattan, including into places where there had previously been physical damage – that was just not tolerable.”

De Blasio added it was “time for those protesters to be told [they] can turn around peacefully, return back to Brooklyn peacefully… go home.”

An NYPD spokesperson told FOX Business the department arrested approximately 280 people Tuesday night into Wednesday, but it wasn’t clear how many were made during the Manhattan Bridge incident.