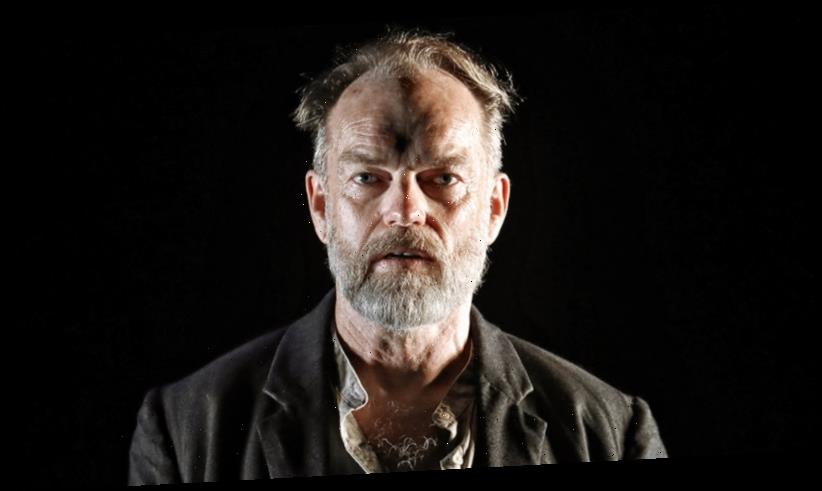 By Nick Galvin and Nick Miller

Exactly a year ago, when Australia’s theatres all abruptly went dark, Michael Cassel, executive producer of Harry Potter and the Cursed Child in Melbourne and the upcoming Hamilton at Sydney’s Lyric Theatre, started planning for his worst-case scenario.

As a result of the pandemic, they had already cancelled their Lion King international tour scheduled to open in Wuhan, of all places. Now “there were zero dollars coming in to pay the cast and crew on production, zero dollars for our company [Michael Cassel Group] to keep everybody employed”. 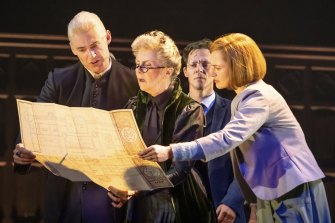 “The financial implications were the greatest concern for us. The longer the shutdown continued, the more expensive it would be to relaunch the show. We never thought it would be 12 months.”

Those same thoughts were going through the mind of Sydney Theatre Company chief executive Patrick McIntyre when the company’s production of Dario Fo’s No Pay, No Way! closed abruptly on March 14.

“My first reaction was, ‘Oh my God. If we have to close this down for two weeks we’ll never make budget on that show’,” he says. “Then, within a week I’m like, ‘Oh, OK it’s going to be considerably worse than that’. We’ve been right to the bottom and come back to relative normality over, I suppose, 12 months. It’s incredible.”

Sydney Theatre Company has just received an exemption to go to 100 per cent capacity for the remainder of its run of Playing Beatie Bow. It reopened in September with Wonnangatta, starring Hugo Weaving, playing to just 147 people in the 880-seat Roslyn Packer Theatre. 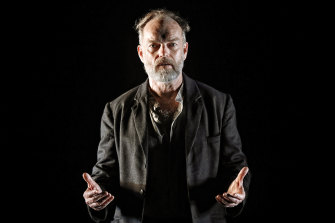 Hugo Weaving in Wonnangatta, which was STC’s first show after the shutdown.Credit:Prudence Upton

Melbourne’s Princess Theatre is also once more packed with audience members, some of whom sat on their Harry Potter tickets for 18 months or even more before finally seeing the dazzling magic of the world-class production.

But margins are tight in Melbourne under a mandated 85 per cent capacity cap. Cassel wonders how long the show can make money, with state borders a lottery of abrupt closures, and international borders tightly shut. Pre-pandemic, half their tickets sold outside Melbourne.

Another snap lockdown would be “devastating” for his bottom line, Cassel says. “During performances, that’s not something that we could withstand, it’s the biggest risk for us.”

A fast, effective vaccine rollout is “incredibly important,” he says, if Harry Potter is to see it to 2022 in Melbourne. And the pandemic has left scars on the theatre industry’s sprawling ecosystem.

“Certainly some businesses have disappeared in the last few months, and individuals. It would be naive to think it’s just business as usual and everybody can just turn the lights back on.”

“We were sort of stumbling along blindly and didn’t quite know exactly where the cliff edge was but we knew it was there somewhere,” he says. “That was a frightening couple of months. Without the donations we received and JobKeeper we would have been gone by mid-winter.”

And while Flack feared for the future of the company, it was the effect the shutdown was having on the actors and other professionals that concerned him most. 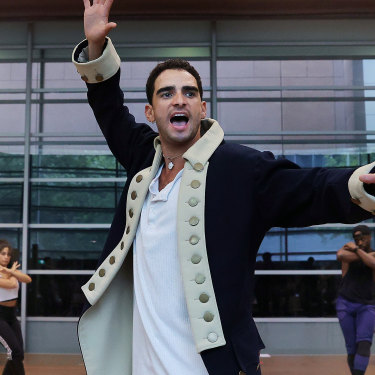 “What I remember most is the horror of the whole country’s artistic workforce being shut down and the crushing sense of loss and inertia. I felt that was the most important fight to fight,” Flack says. “I think I knew we would find a way to survive – Belvoir is the great cockroach of Australian art – but the livelihoods of artists are so fragile at the best of times.

“My goal, come hell or high water, was to find ways to create work for artists and keep the art going. I wasn’t interested in saving the husk of an organisation if the artists couldn’t keep making art.”

Melbourne Theatre Company turned the lights off a year ago on Torch the Place and Emerald City. On Thursday it celebrated its first opening night since, for Sexual Misconduct of the Middle Classes.

Co-CEO Virginia Lovett says it was an emotional moment full of relief: she had feared audiences would be loath to return with the pandemic still in the wings – but Misconduct saw thousands of tickets sold on the first day they went on offer.

“We’ve had a year of digital and I think people are really hungry for a live experience,” says Lovett.

McIntyre shared Lovett’s concerns that theatregoers may have fallen out of the habit of attending in person during the enforced closure. But he is also happy those fears have proved groundless. 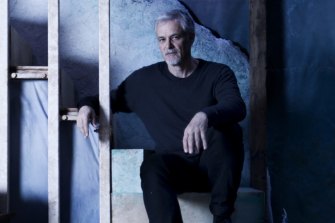 “The signals from the public are that people are really ready to come back – all our shows were selling out at 75 per cent occupancy, with waitlists,” says McIntyre. “It’s heartening that there’s so much energy around coming back to the theatre.”

The story is the same at the Ensemble Theatre in Sydney’s Kirribilli, where artistic director Mark Kilmurry says the response from audiences has been overwhelming.

“Our ticket sales are extraordinary – very, very strong,” he says. “I think people want to get back into theatre and live entertainment.”

However, the threat of another snap lockdown still hangs over much of the theatre world – particularly in Melbourne given that city’s recent experiences with COVID-19.

Lovett says she suffers “anxiety and sleepless nights” at that prospect. If a lockdown hit during a production it could cost the company $400,000 or more, she says. MTC already forecasts a deficit budget, for a restructured company where staff have taken up to 16 per cent cuts in salaries, and where they can afford only eight productions rather than the usual 11, even after a generous rescue grant from the federal RISE fund.

Lovett is keen for the vaccine rollout to restore consumer confidence. They’re considering changing performance times: with the Melbourne CBD still running on empty there’s not the usual after-work traffic. The pandemic also accelerated their digital strategy – they will film at least three productions this year and hope it will inspire a new generation of theatregoers.

The federal government has repeatedly ruled out extending JobKeeper beyond this month – a program many companies in the cultural sector credit for saving them from existential risk during the pandemic. Cassel says it was “what allowed us to keep Harry Potter simmering”, enabling him to keep cast and crew on the books so they could get back on stage at the earliest opportunity.

Sarah Neal, executive producer at Malthouse in Melbourne’s Southbank, says they “absolutely” faced an existential threat in 2020. With 70 per cent of turnover gone, nine out of their 10 shows cancelled, “the next step was to go into our reserves and then there’s a very quick race to… insolvency”. JobKeeper “really did help us significantly,” Neal says. “But it was so fraught. The major issue was how it impacted the vast majority of the people that we work with who weren’t eligible. And that became a massive problem.”

Another looming crisis throughout the industry is the talent drain, especially on the technical side where lighting experts are retraining as electricians, set builders as home builders. “It is impacting now and it will only get worse,” Neal says. “There’s no-one coming up behind them, the training opportunities are disappearing as are courses in the arts more generally. It’s a real concern for the ongoing health of the sector.”

Surprisingly, however, there have been some positive aspects to the pandemic shutdown.

Many companies turned to digital production during the pandemic, building significant new skills and experience among its staff.

Belvoir set up a program called Artists at Work to create jobs for out-of-work actors and other creatives. Over six months the program created 325 gigs for artists and backed the development of 37 projects.

And then there is the enforced increase in collegiality and cooperation between theatres.

“Because everyone was going through it there was a lot of sharing of stories and support for each other,” says Kilmurry. “The theatre community has meant a lot to us.”

McIntyre says he has been talking online to theatre world colleagues most weeks, sharing information and advice.

“People having each other’s backs and looking out for each other and supporting each other has been a really positive thing about the industry,” he says.