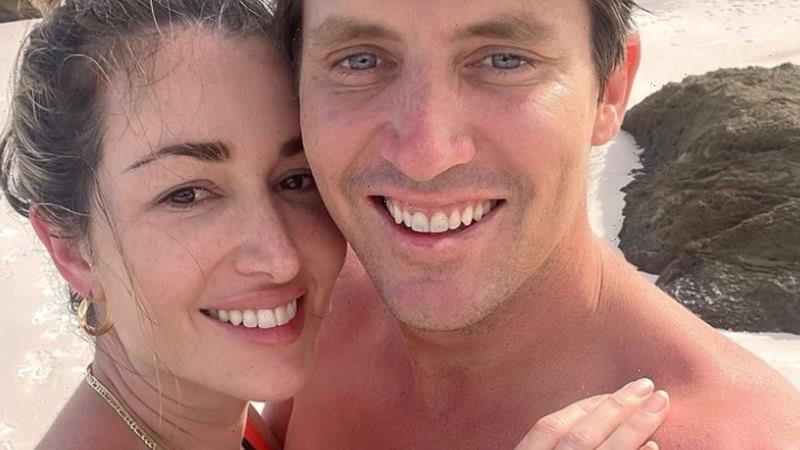 The well-heeled eastern suburbs has been plagued with a string of splits of late and Double Bay glamour couple Ben Mills and Carmen Hamilton have joined the list of couples who have quietly called it quits.

It was only February when Emerald City shared the news that Shelter wellness house co-founder Mills had popped the question to his beauty and fashion influencer partner. However, months after their engagement, whispers of a split has tongues wagging among Sydney’s social set, with several friends confirming the news last week. 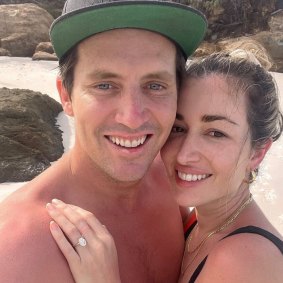 The former ‘IT’ couple have called off their short-lived engagement.Credit:Instagram

“They love each other but ultimately grew apart,” a friend shared. “There’s no bitterness or animosity, the relationship just ran its course.”

Hamilton has since kept a low profile, MIA from the beauty and fashion events she once frequented and has even ditched posting content to Instagram for more than a year.

Meanwhile, Mills has kept himself busy with friends from his former hometown Perth, including Grant Schaffer, Kristin Fisher, and design duo Sophie Coote and Nikki Campbell of SIR the label.

The broken engagement comes soon after model Yan Yan Chan and Nathan Jolliffe ended their years-long romance, as well as the end of the 20-year marriage of businessman Jean-Marc Carriol and his skincare mogul wife Kirsten.

Tensions are running hot among the original cast of The Real Housewives of Sydney reality series over which of them – if any – will be invited back to film another season.

Earlier this month, sister column Private Sydney revealed a top-secret reboot could be under way and Emerald City has it confirmed.

One bystander even witnessed a very public clash between former stars Melissa Tkautz and Athena X Levendi last week over the fact that neither had been asked to participate in the new show. 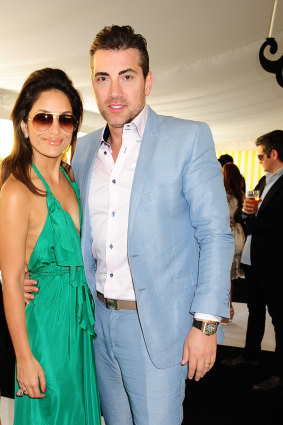 Casting agents are hoping to Dr Koroush Tavakoli and wife Sheeva in a Housewives reboot.Credit:Belinda Rolland

According to a well-placed insider, the harbour city, Gold Coast and Brisbane are in the running for their very own Housewives franchise and casting agents are on the lookout for prospective ‘talent’ oozing glamour, wealth and sophistication. Sheeva Tavakoli, wife of Double Bay’s most sought-after breast surgeon Dr Kourosh Tavakoli is said to be at the top of the list of would-be housewives they hope to profile on the returning show. However, one close friend said that the mother-of-two from Darling Point had not been approached for the series, let alone considered appearing on it.

With their propensity for swearing and vicious catfights, its unlikely any of the original housewives, including Lisa Oldfield, Nicole Gazal O’Neil, Matty Samaei, Victoria Rees, Tkautz and Levendi, will return.

Former star Krissy Marsh says she hopes the rumoured series does make a return to screens.

“We need more seasons to show how great Sydney really is. There is a whole other fun side of the city yet to be seen,” Marsh says. 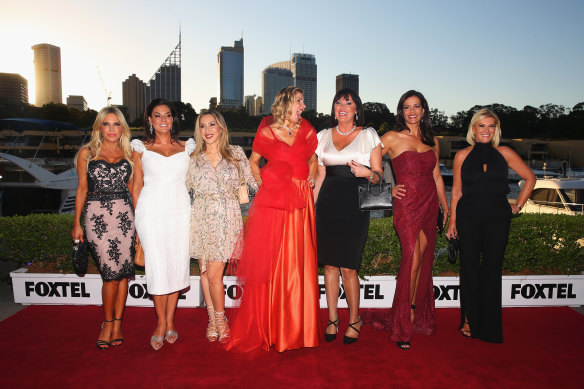 The original cast of The Real housewives Of Sydney shocked audiences by their on-air catfights.Credit:Don Arnold

Meanwhile, on the Goldy, casting agents have their sights set on fitness influencer and mum-of-three Tammy Hembrow to star in and showcase Queensland’s Sin City. “She’s reality-TV gold,” a reality-TV executive explains. “She’s over the top, new money and she’s had fallouts with the Kardashians. Imagine airing that on TV!”

Aussies feel the Burn in the USA

Celebrities, influencers, designers, models and sports stars were among thousands who gathered at Black Rock Desert in Nevada for the week-long Burning Man festival following a two-year COVID hiatus.

Australia’s very own tracksuit mogul Pip Edwards was among the scantily clad, wild-outfit-wearing festival-goers who took to the desert in celebration of community, art and self-expression. 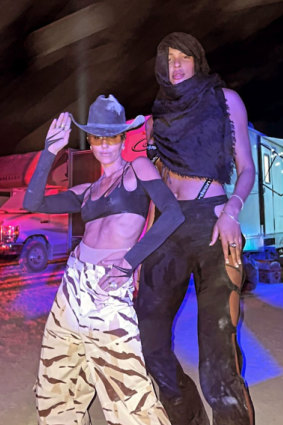 Festival friends Pip and Liz partied together at Burning Man.

The US-based basketballer resurfaced at the fiery festival after she abruptly left LA Sparks in August after a “contract divorce” following a string of controversies.

Set deep in a remote area of the Nevada desert with limited phone reception or internet access, social media was inundated with photos after it ended, with Edwards showcasing the week-long party, during which a leg injury landed her at the medical tent.

The mother-of-one’s sojourn to the desert came weeks after photos emerged of her on-again off-again ex Michael Clarke dating interior designer Jade Yarbrough, sister-in-law to Karl Stefanovic. Nothing like a festival to shake off your ex moving on.

Meanwhile, Burning Man hosted a string of homegrown models including Swedish-Australian beauty Kelly Gale, who was left with several painful-looking bruises on her legs as a result of long days and nights of dancing, Ash Hart and 2009 Australia’s Next Top Model winner Tahnee Atkinson, who turned heads in a suitably western-themed outfit.