In the days after Anthony Albanese ascended to the Labor leadership, he declared himself a straight talker and told voters that what they saw was what they would get.

"As much as some people will tell me I need a little bit more polish, I intend to be exactly who I am," he said at the time. "Because that's what's got me to this position today." 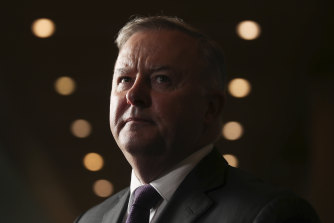 In the 18 months since that straight talk, some of his colleagues observe, has been replaced by a tendency to waffle. Or, as his predecessor Kim Beazley once observed of himself, prone to "prolix". 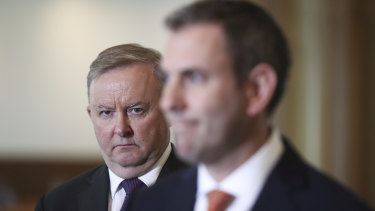 There is a growing concern too that the party is in danger of re-prosecuting the 2019 election on the same terms – minus the big-taxing policies – and not adjust to the issues at hand.

"I think it's fair to say there's a lot of us who haven't seen the lessons learned of last year and we see very little effort made by the front bench to drop old habits," one veteran backbench told The Age and The Sydney Morning Herald on the condition of anonymity.

"I don't think there's anyone better to lead the party right now, Albo isn't in danger, but we do want to see the fight that he promised. Thursday night is the night for him to throw us a bone and let us take up the fight."

Younger MPs are also growing increasingly tired of a shadow cabinet full of Gillard and Rudd era ministers. No less than 12 of the current 20 on the Labor frontbencher have been in their jobs for close to a decade.

"It's the same people who have made the same bad decisions at every turn," another MP said. "It is not the look of a modern and fresh frontbench trying to remove a three-term government."

That it has taken Albanese 18 months to begin a policy debate should not surprise anyone. He promised from the first day he would "hasten slowly", take a deep breath and wait until the moment was right.

Those close to him point to the fact that oppositions that hit governments hard at a state level, especially in Victoria, during the pandemic, have not been warmly received by the electorate.

Albanese reminded voters who he was and where he had come from on Wednesday when he promised $500 million to build new and renovate existing public housing units if he was in government.

"I am the son of a single mum who was an invalid pensioner," he said. "I understand firsthand, from my own life experience, the difference that having a secure house makes to your life, no matter how difficult that life is."

He is expected to use his speech to argue women have be disproportionately left behind by the COVID-induced recession, that Australians in secure work have never been worse off and that for $1 trillion of debt, the government has nothing to show for its economic management.

He said Labor's road to the next election was on track and was following Weatherill's election review advice.

"It recommended the exact way in which I've been operating as the Labor Leader," he said.

"We have used this period of the pandemic not just to be constructive, to put forward ideas about the immediate response that was required by the Government.

"But we also said that we would advance what is very much an alternative agenda. And we will have that at the next election."