DAWN Hines retired over 10 years earlier than the average Brit with her husband Robin by saving £600,000 over 30 years under a super strict budget.

Dawn, now 59, quit her job for an early retirement when she was 55 years old, while her husband Robin, now 62, handed in his notice when he was 58. 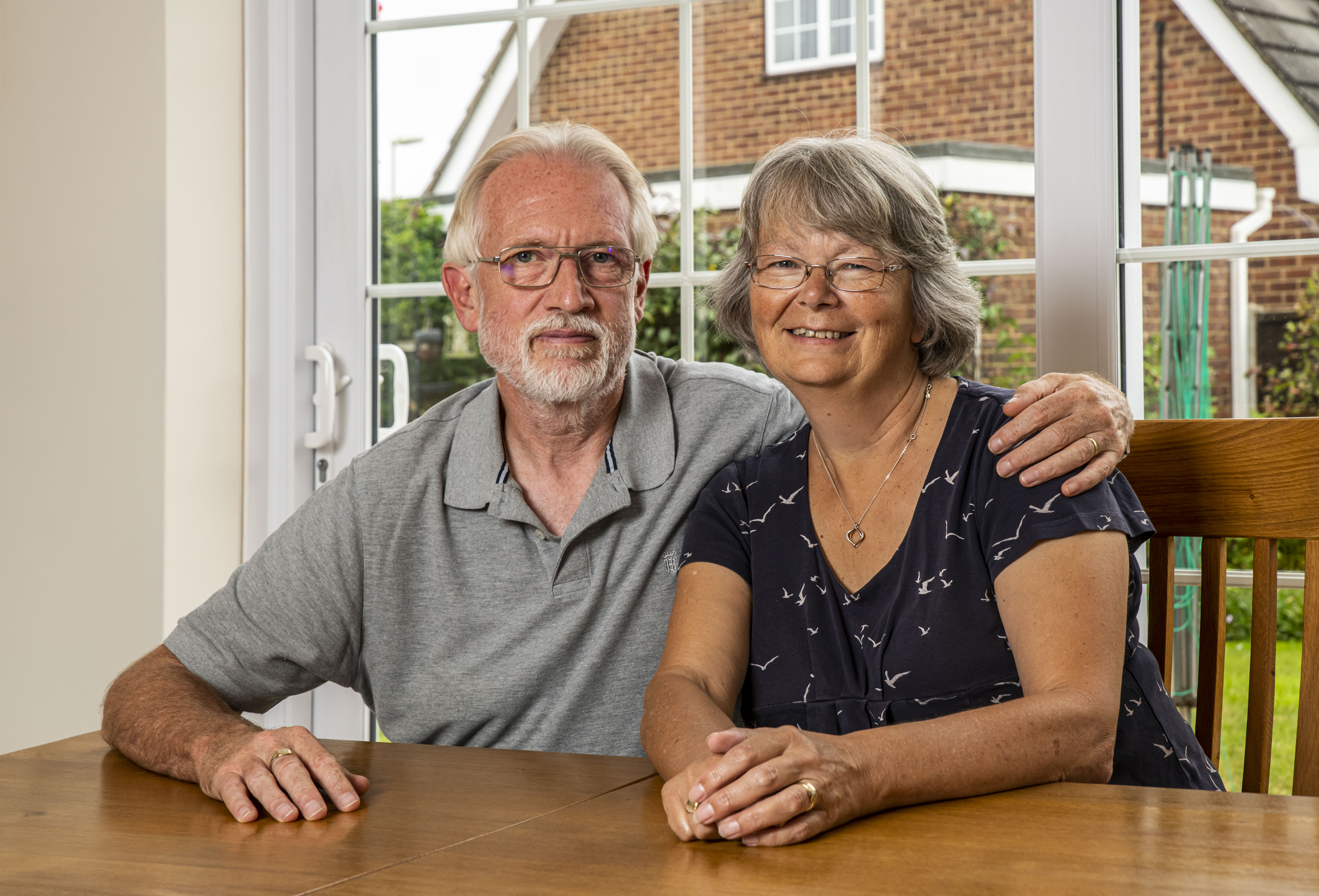 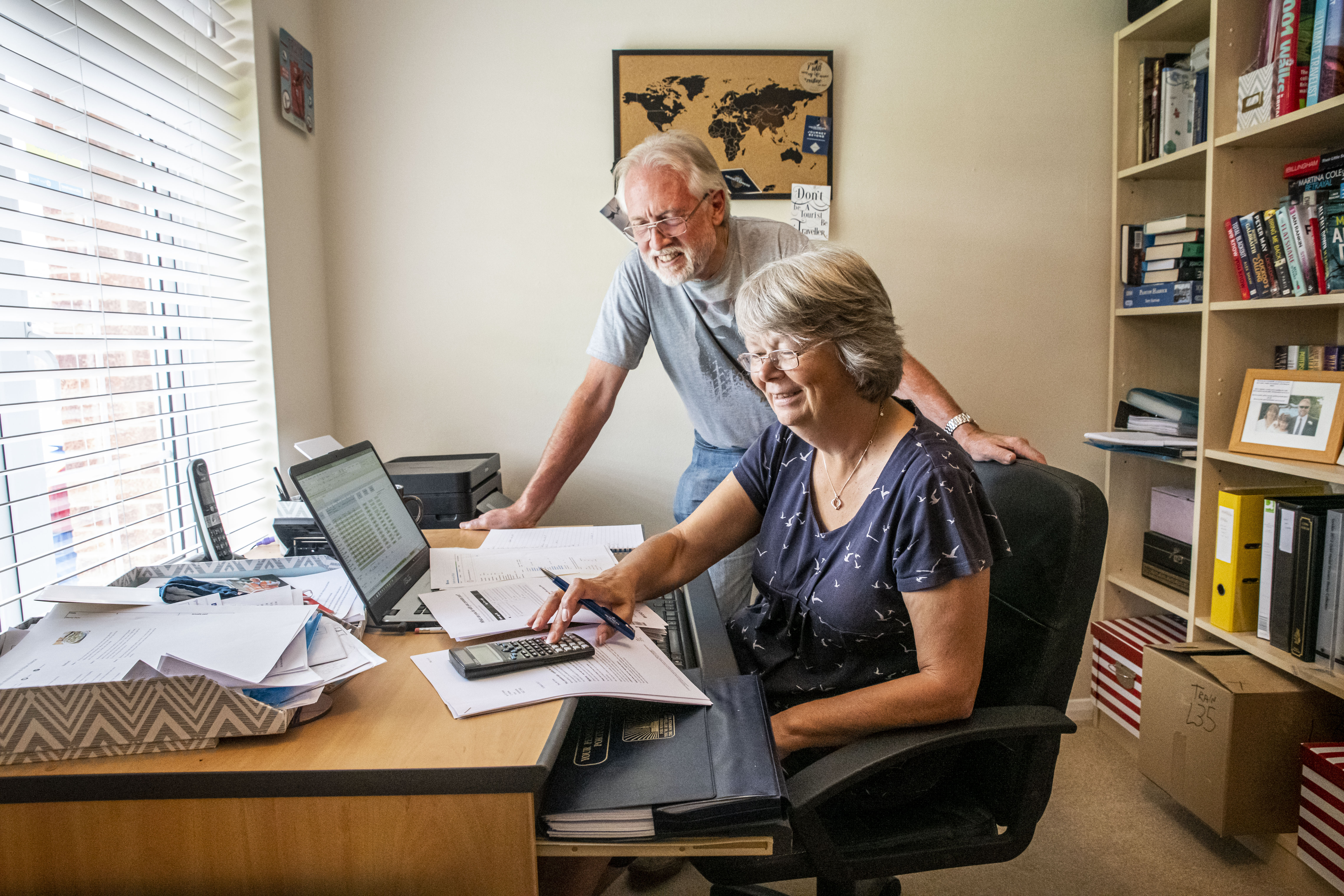 That means Dawn retired 11 years earlier than when Brits can claim their state pension – which is currently 66 years old.

The couple managed to save hundreds of thousands of pounds on “modest” salaries by using multiple pensions schemes to boost their cash, only eating out on special occasions and selling on their unwanted clothes and household items.

Having a child meant they had to stretch their finances further – now their daughter, 24, has taken after her parents’ money saving ways and is building up her pension too.

By the time they retired, the couple had worked their way up to earning roughly £55,000 each at work.

Now they “don’t worry about money”, eating out, taking holidays and going to the theatre frequently.

Rob was the driving force

Dawn and Robin were determined to retire early together when they both started out their careers in the early-eighties, when they were in their twenties.

“Rob was the driving force – he always wanted to retire at 55, he was very pensions conscious – more so than me – but we both had the same savings mentality,” Dawn said.

“I wanted to save money for nice things, and we both saw early retirement as an opportunity to enjoy life as much as possible without working forever.”

One way which they managed to tuck away more money into their savings was to use yo-yoing mortgage interest rates to their advantage.

During the nineties, the amount of interest you would pay on your mortgage automatically went up or down depending on the market.

For example, 1992 saw a massive fall when rates plunged 9% on Black Wednesday – when the collapse of the pound forced Britain to crash out of the European Exchange Rate Mechanism.

“Interest rates would go up or drastically down,” Dawn said. “So if it went down, sometimes we would only be paying £400 in mortgage repayments – but if it went up, we could be paying £700.

“If rates were down, we would always put the extra money we were saving compared to times when we were paying more straight into our savings account.

“Usually we would be putting an average of £50 a month into our savings by doing this – which was a lot in the nineties.”

Making the most of their workplace pension schemes also helped to boost their savings, Dawn said.

“Rob changed jobs occasionally. If he went somewhere which didn’t offer a pension scheme, he would take out a private one and put away as much he could.”

He put an extra £100 into his pension scheme per month for around 20 years – and because he didn’t have to pay income tax on the amount he was putting aside, he was saving £20 for every £100 he put in, the couple say.

By the time they retired, the pair had five different pension schemes between them including Aviva, Clerical Medical, Zurich, and Pension Bee.

“Our money invested in our stocks and shares pensions has actually increased over the last five years due to fund growth rather than further savings.”

Meanwhile, Dawn made the most of the generous NHS pension scheme.

She was putting up to 8% of her salary into the scheme, and gets a final salary pension.

This means that the amount she gets paid per month through retirement is based on her final salary of £55,000, rather than the total amount of money she saved and how it was invested.

Living a frugal lifestyle for decades also helped them to keep their savings goal on track.

But they did make sure to have enough money to enjoy themselves – going on big family holidays abroad every year while their daughter was growing up, Dawn said.

“We’ve never been extravagant – we don’t spend a lot of money on clothes, and we’ve always been savers rather than spenders.

“Neither my or Robins’ families had a lot – so we carried on these habits during our life.”

Dawn said they would only spend £100 a year on clothes between the two of them – whereas some of her friends would be spending £600 a year.

The couple hardly went out for dinner and never bought takeaways, only eating out on special occasions.

“I’ve always liked cooking, so wouldn’t eat out much at all,” Dawn said.

“We’d go out for birthdays and our anniversaries, so we would go for dinner three times a year. So we were only spending £75 a year on food out.”

When the couple had a daughter in 1997, Dawn made sure to sell old clothes and toys to help save her money.

“I used to go to baby groups to sell old baby clothes and toys,” she said. “The money I made would help me buy new things for my daughter.”

Their hard work paid off and they retired in 2017 – now they jet off on frequent holidays, go to the theatre and eat out when they like.

“We go to the theatre once a month, and have three or four holidays a year – sometimes for up to month,” Dawn said.

“It was worth not spending as much when we were 20. The older you get, the less time you have – and we want to make the most of it. Life’s for living, not for working – that’s what drove us both to save as much as we could.”

How you can retire early too

Like Dawn and Robin, it’s important to get clued up on your pension to make the most of it.

Hargreaves Lansdown personal finance analyst Sarah Coles said that only 37% of savers know how much their pensions are worth.

"You need to start by finding out much you have squirreled away in pensions, what the money is invested in and when you will be able to afford to retire if you don’t do anything different between now and then," she said.

Another thing you can get clued up on is workplace pension schemes.

All employees over the age of 22, that work in the UK and earn more than £10,000 a year are automatically included in a workplace scheme.

This means you’ll already be paying into a pension set up by your employer – with the government and your employer both contributing to it.

The first thing you should do is check that you've been auto-enrolled by your employer and how much you have already saved.

To do this you should ask your employer who your pension provider is, and most will let you track your savings online.

Once you've done that, there are online tools you can use to calculate how much income you'll receive when you retire, such as the Money Advice Service.

It also recommended that you increase your pension contributions if you are given a pay rise.

You should also max out on any employer pension contributions that are available. Speak to your employer to find out how much they will contribute.

AJ Bell head of retirement policy Tom Selby said that savers must do their sums properly – and make sure they actually save enough to retire.

"Someone planning to potter around the garden probably won’t need a huge retirement income, for example, while someone planning to travel the world might need the same income as they had when they were working," he said.

"Those retiring earlier will need their income to last for a longer period of time.

"If your pension runs out early, you’ll potentially be left to live on a state pension which pays £179.60 per week in 2021/22 – not something most people want to contemplate."

If you've lost track on where your pension pots actually are, then Money and Pensions Service pensions expert Angela Kirkwood said you can track your cash down.

" With the average person having 11 jobs in their lifetime, it’s easy to lose track of any pensions you may have had in the past.

"If you think you have lost a workplace pension, the first port of call should be your former employer.

"If you can’t find details of either, you can contact the government’s Pensions Tracing Service.

"Once you have tracked down your pots, you can check your statements or ask your scheme or provider for an up-to-date valuation of how much you have saved." 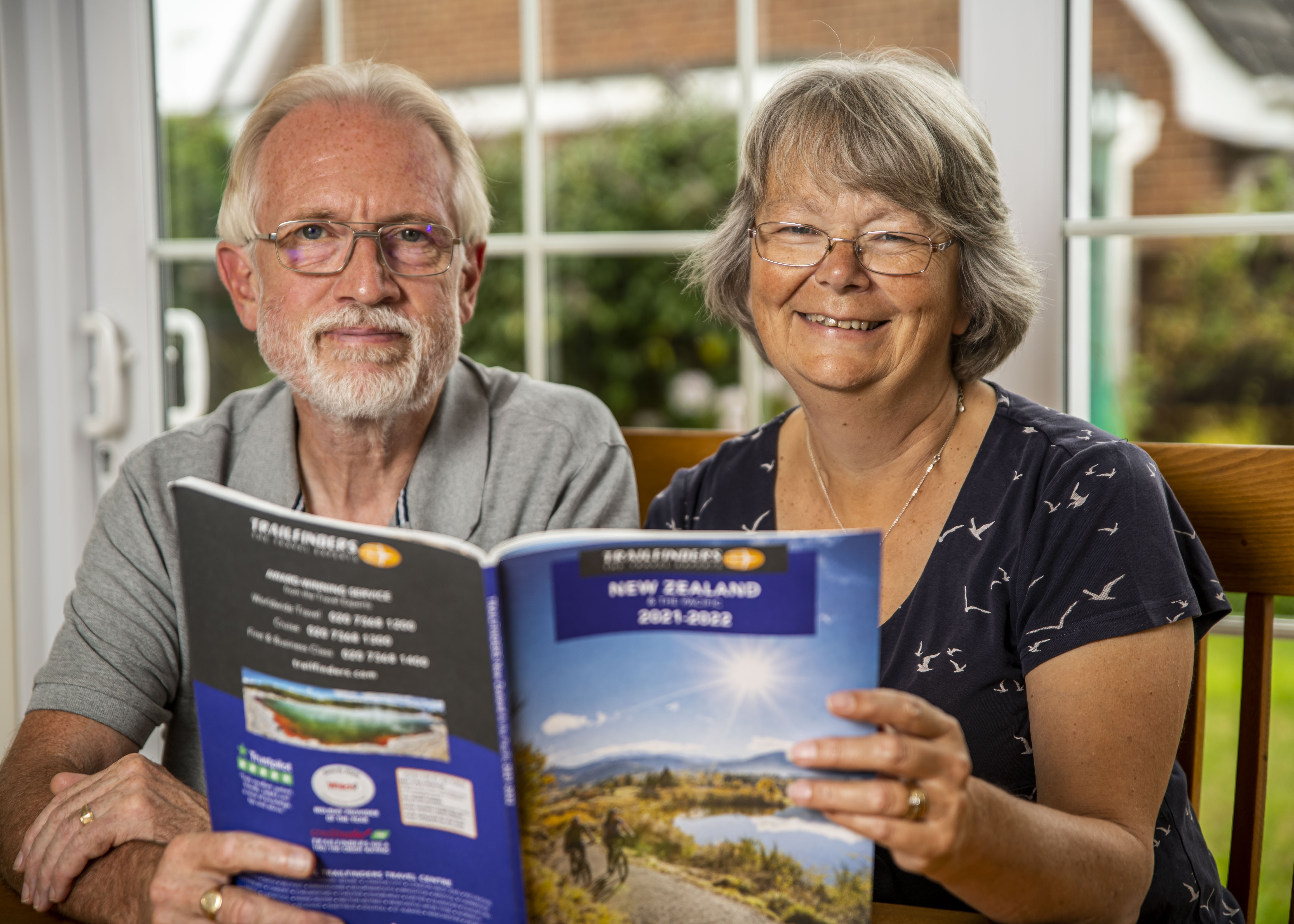 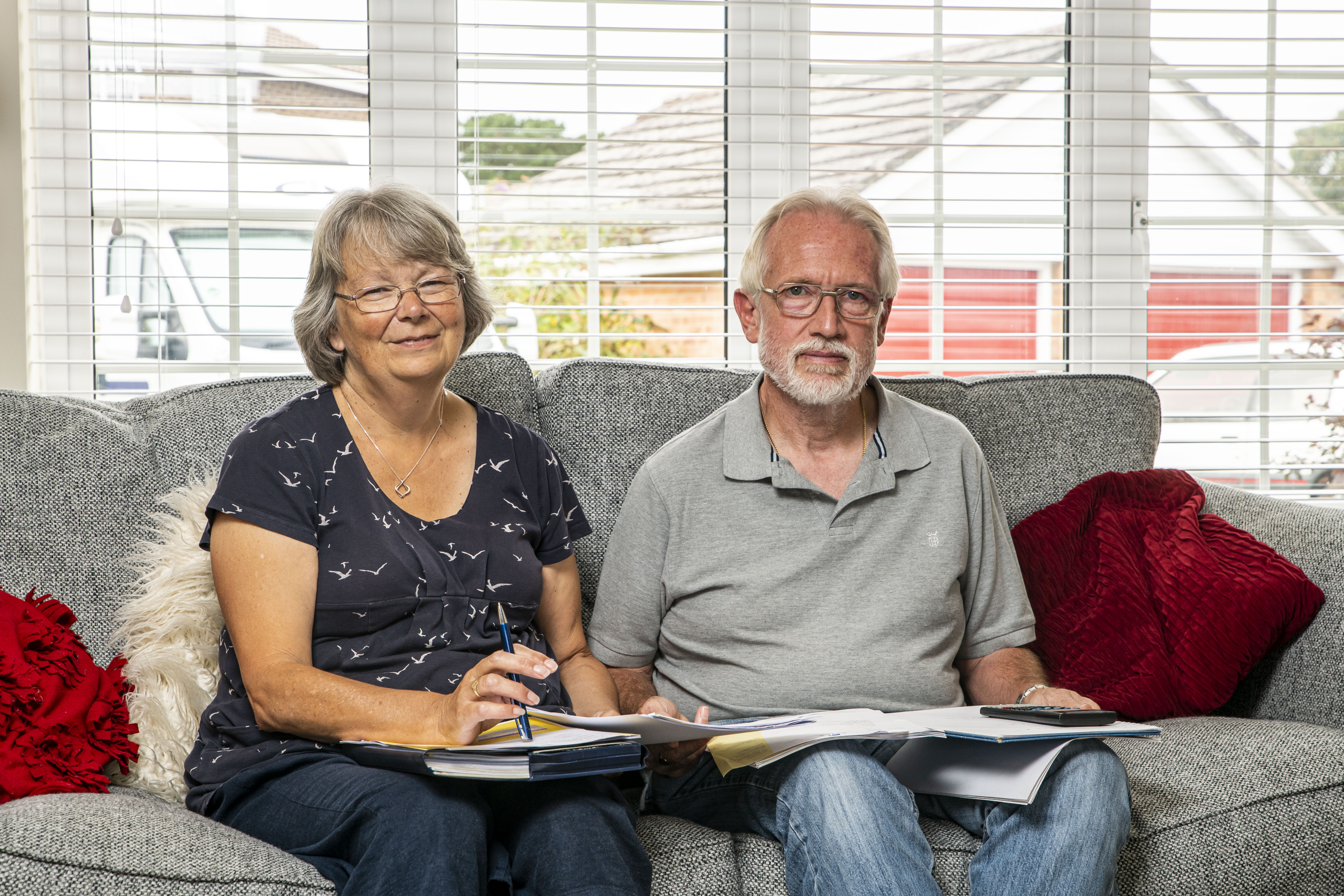