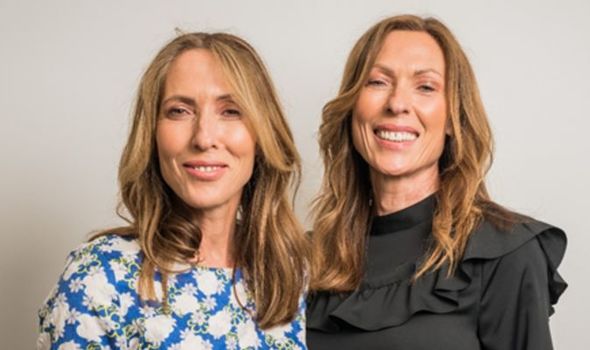 Both Julie Clarkson and Tara Hooker, from Cheshire, tried dermal filler for the first time four weeks ago. The twins were treated with UTH Aesthetics, which are a new range of dermal filler with some of the lowest toxicity levels on the market.

Julie and Tara decided to get dermal filler to build confidence in their appearance and, importantly, in themselves.

They were both keen to discover what could be done to subtly hide the hints of ageing and make them feel good at the same time.

Tara explained the surgery had been on their minds for a while, saying: “We’d discussed it beforehand obviously. We have twin honesty.

“When you’ve had a few glasses of wine you look at each other and say what looks really hideous, what would you change and that kind of thing.

“I think she looks really great now she’s had it done and I’m really happy with mine too.”

Tara added: “We laughed on the day as when we were born, I came 10 minutes before Julie, and I was first into the treatment chair too.”

Julie agreed it was natural to have Tara at her side during the procedure. She said: “We do a lot of things together.

“We live close to one another, we work for the same company, we went for Botox together and of course now we’ve both gone for dermal fillers at the same time.

“I guess we even want to grow old together.”

Julie went on to mention her reasons for wanting to undergo the treatment, saying she had lost her confidence “a lot”.

She explained: “I just felt I’d kind of lost momentum a little bit.

“I have always looked quite good for my age but when you get to your late forties and early fifties, you do lose your confidence a lot. Most women do.

“Especially when you start going through the change, you do notice that when it comes to your skin, everything changes. Even when you’re doing all the right things, like going to the gym, eating well, there are certain things you just can’t control.”

Tara and Julie visited Dr Martyn and Sharon King at the Cosmetic Clinic in Tamworth, Cheshire, to have their treatment.

He said: “We concentrated on the lower part of Tara’s face.

“For Julie, it was the upper part of the face, the eyes, we also treated the lips and gave her neck a boost.

“It’s interesting to think about why the twins had aged in different ways, some parts of the ageing process can be attributed to lifestyle, whereas some are more genetic.”

Tara’s face and jawline were plumped, while the skin in Julie’s neck was boosted and hydrated and her lips were “restored to their natural fullness”.

Julie was pleased with the outcome, saying: “I’d certainly recommend it to anyone who’s thinking about it. Other people have just said how ‘well’ we both look, but I can really notice the difference.

“Sometimes you see people and you can really see they’ve had work done, but this feels really natural. We both wanted to look like us still, just us from 10 years ago.”

Tara added: “I think we both look great now. I wouldn’t want to change to have similar to what Julie has had because I don’t think that’s what I needed.

“We just left it up to the experts and we’re both really happy with the outcome.”