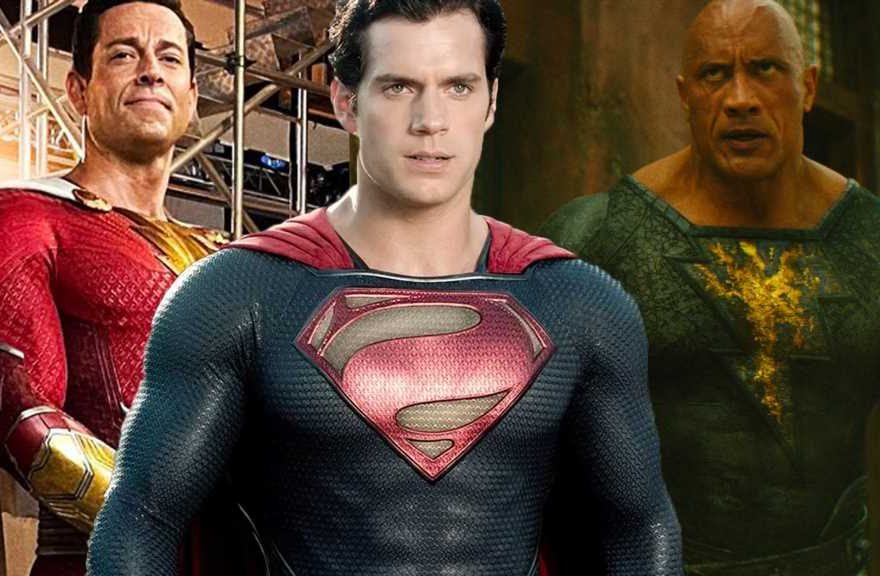 So … were those Henry Cavill rumors true?

Warner Bros. kicked off Saturday with a bang at Comic-Con, with what’s sure to be one of the most exciting panels of the whole weekend.

“Shazam! Fury of the Gods” was the first cast to appear during the panel, with Zachary Levi hitting the stage first after some very brief footage — footage which focused on the grown-up versions of the super family.

The cast also includes Rachel Zegler in a mystery role — as well as Lucy Liu as the villainous DC character Kalypso, sister to Helen Mirren’s also-cast Hespera. The footage showed Zegler’s character interacting with Brody, who quipped that his “Shazam-ily” met a Comic-Con.

Per Levi, when the film starts, “we’ve all been flying around, doing various missions … we’re all still learning how to do that … and figuring out our own identity.” He also teased some “family tiffs,” saying that’s what grounds the movies a bit in reality.

He then showed the first trailer, which began with Billy in a therapy session, wondering if he deserved all his powers and referring to The Flash, Aquaman and Batman. “And I’m just me,” he says, as footage showed him fumbling with his powers. There was a ton of footage of the entire cast working together to take on Hespera and Kalypso, who are ticked that “children stole all the powers of the gods.” Alongside some “Fast & Furious” jokes, there’s also a damn dragon, unicorns and Zegler using some powers herself.

Going into the event, fans also knew that Dwayne “The Rock” Johnson would be there to promote his new DC superhero flick “Black Adam.” The film costars Aldis Hodge as Hawkman, Noah Centineo as Atom Smasher, Pierce Brosnan as Dr. Fate, Marwan Kenzari as Ishmael, Quintessa Swindell as Cyclone, Bodhi Sabongui as Amon and Sarah Shahi as Adrianna Tomaz.

“Nearly 5,000 years after he was bestowed with the almighty powers of the ancient gods — and imprisoned just as quickly — Black Adam (Johnson) is freed from his earthly tomb, ready to unleash his unique form of justice on the modern world,” teases the official synopsis from WB.

While WB has completed filming on both “Aquaman and the Lost Kingdom” and “The Flash” on its slate, the studio wasn’t expected to focus on them during the panel. Both “Batgirl” and “Blue Beetle” have also been filmed and could debut some footage. Fans have also been hopeful for some kind of official announcement for a second “Joker” movie, especially after reports suggesting Lady Gaga was circling a role in the film.