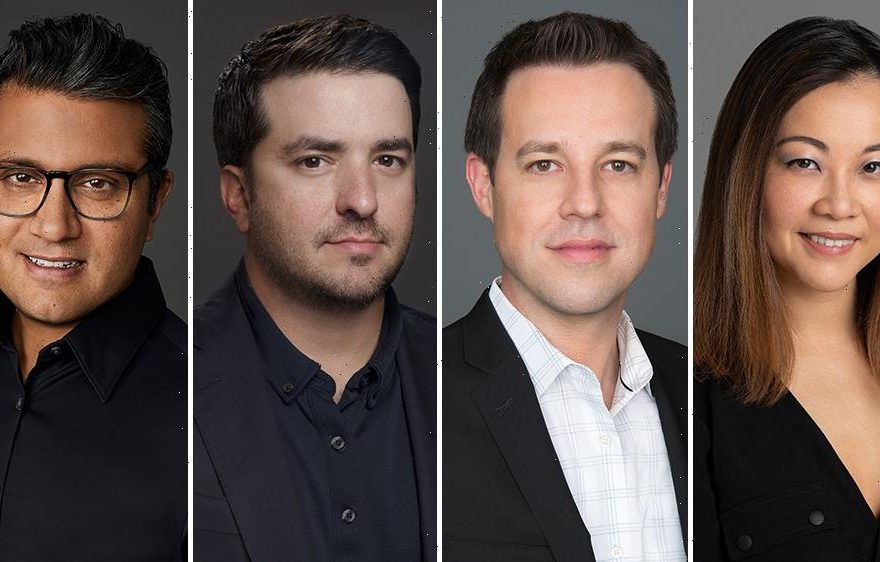 Talk about Hollywood having to make changes on the fly!

The honorees for Variety Marketing Visionary Awards Presented by Spotify are inundated nonstop with consumer-focused analytics data that sometimes signal advisability of tweaking or overhauling campaigns on the run. Those data pointers can be consumer search revealing which characters and plot lines resonate (and which that don’t); consumer engagement with early promotions; linger time on creative materials; signup rates; and big data collected from every nook and cranny of cyberspace.

Besides the unexpected, Hollywood marketing campaigns usually sequence some planned all-along, late-stage surprises too to keep the audience engaged.

Digital media provide barrels of information from assorted platforms that are meshed with intelligence from traditional media, which are still a marketing bedrock given their wide reach. They are combined for multi-layered and complex campaigns.

Asad Ayaz, president of marketing at Disney Studios Content, held back a reveal for Disney+ hit TV series “WandaVision” to fuel a late-stage consumer buzz. The nosy neighbor character Agnes (portrayed by Kathryn Hahn) is shown to be iconic villain Agatha Harkness toward the end of the first season of the sitcom parody based on a Marvel comic. The late stage character campaign was built around “Agatha All Along” as a pre-planned refresher that ignited further consumer buzz and press coverage. “With streaming, build a plan that extends across the season with new reveals and learn from your campaign as it progresses,” says Ayaz.

For Disney’s “Free Guy” set in a video game, an entire campaign coinciding with launching ticket sales was the reveal of Dude, a muscular though technically buggy avatar character that is an alter ego of the good-guy Blue Shirt Guy (portrayed by Ryan Reynolds). Ayaz says marketing the larger-than-life Dude presented an authentic character resonating with real-life video game enthusiasts, who are a key demographic target of “Free Guy.”

“Data and insights including metrics like social volume, search generated by the campaign and sentiment all informed how the marketing was built and evolved,” he says. “Free Guy” grossed $332 million in worldwide box office, despite pandemic disruptions.

“Cruella” content was tailored for TikTok, Snapchat, Instagram and other digital platforms presenting snappy openings. “You have a couple of seconds to get a consumer’s attention and there are platforms where sound is off” unless consumers activate audio, notes Ayaz. The period tunes meshed with content included “These Boots Are Made for Walking” by Nancy Sinatra and “Perhaps Perhaps Perhaps” by Doris Day, as well as “Call Me Cruella” by Florence + the Machine. “Cruella” generated $233 million worldwide.

Ayaz markets movies for Disney, Pixar, Marvel, Lucasfilm and 20th Century Studio banners, including those made for Disney+ and Hulu, plus certain TV series made for streaming. He joined Disney in 2005 as his second job out of college, initially working in home entertainment and then Marvel movies.

HBO’s Zach Enterlin and Pia Chaozon Barlow have quite a few analog initiatives at the ready in their marketing arsenal even though they work in an increasingly digital world. For original TV series “Winning Time: The Rise of the Lakers Dynasty,” Enterlin set up an advance private screening for sports opinion leaders at the NBA All-Star game weekend in February.

“We saw it as a moment to utilize an influential set of fans to give them early access,” says Enterlin, the executive vice president of marketing for HBO and HBO Max; he joined in 2002.

Another old-fashioned tactic that worked marketing wonders for TV series “Gossip Girl” was “banner pull” via aloft aircraft, says Barlow, senior vice president of program marketing at HBO Max and HBO, where she has worked for nearly a decade. Airplanes towed banners over Chicago, the Hamptons, Los Angeles and Miami. The airborne banners presented the message “XOXO” — the series narrator’s signature sign-off — plus a phone number.

The phone number connected callers to a community app and was followed by “Gossip Girl” text messages. “It feels like you are getting a hot tip from Gossip Girl herself,” Barlow says.

The target demographic of Gen Z and millennials are “very allergic to traditional advertising,” says Barlow. “So, everything we created has to seem like original content.” That included setting up Instagram accounts for “Gossip Girl” characters to post topical chatter synchronized to episodes of the show.

Another analog initiative is an experiential marketing promotion plugged into the mammoth Coachella music festival for HBO’s drama thriller “The Flight Attendant.” A wellness “pre-flight lounge” hosted hundreds of invited festgoers including influencers and journalists in April.

Besides health comforts, guests got a curated “Flight Attendant” experience that included video monitors showing trailers for the second season and were encouraged to comment on their social media and in their news items. “Even if you weren’t there, you got a taste of it yourself from the influencers and the press coverage,” Barlow says.

“Twenty years ago, you could just do a trailer, TV commercial and poster, and you were done,” says Greenstein, to whom marketing executives report. “Now you have to engage the consumer on many different platforms and start earlier, beginning with the first day of principal photography.”

Hollywood marketing campaigns need to jump early because entertainment options for consumers have multiplied, so competition no longer is just about what’s debuting in theaters.

“Spider-Man: No Way Home” was a Sony Pictures standout, grossing a staggering $1.9 billion at the worldwide box office. An over-indexing marketing initiative gave away “No Way Home” NFT digital tokens with initial ticket pre-orders in November to loyalty/rewards programs members at AMC Entertainment theaters in the U.S.

“We saw tremendous early ticket engagement from that offering that was eight times higher than normal for that point in presale tickets,” Greenstein says.

“We’re as proud of what we didn’t do as what we did,” in one instance. Sequences with all three recent “Spider-Man” film stars — Tom Holland, Andrew Garfield, and Tobey Maguire — wearing costumes without headgear were a surprise franchise marketing plug seen by in-theater audiences. That created a predictable buzz in social media and word-of-mouth timed to ignite from the theatrical premiere.

“No Way Home” played exclusively in cinemas for 88 days, about double the normal “only in theaters” window. “The movie is the star here and not the marketing,” says Greenstein, who also credits the marketing team of several hundred people. Greenstein adds that the long cinema run didn’t diminish the video window for the movie that followed. “The theatrical model drives our success and remains our core business.”

Greenstein joined Sony in 2014 from marketing at Paramount, and earlier worked in the independent sector.