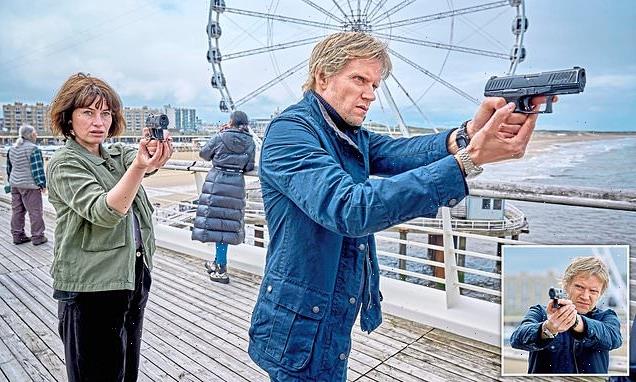 The Dutch master… of MURDER: From a serial killer to a dead concert cellist, Van der Valk’s back with three gripping cases

The first series of the rebooted Van Der Valk turned out to be lockdown gold.

Airing in April 2020 while we were all stuck at home, it brought the beauty of Amsterdam into our living rooms with three stylish Dutch noir murder-mysteries based loosely on the original 70s series starring Barry Foster, and it proved such a hit with viewers that a second and third series were commissioned immediately.

Covid then delayed filming for a year, but the second series of three two-hour episodes finally arrives on ITV next week. And because of the two-year delay between the two series, it kicks off with a particularly high-stakes episode.

‘We were conscious of thinking we needed to relaunch the series in a way,’ explains creator and writer Chris Murray. ‘So we’ve done a scaled-up story about a serial killer, someone who’s killing in ways that relate to the city. 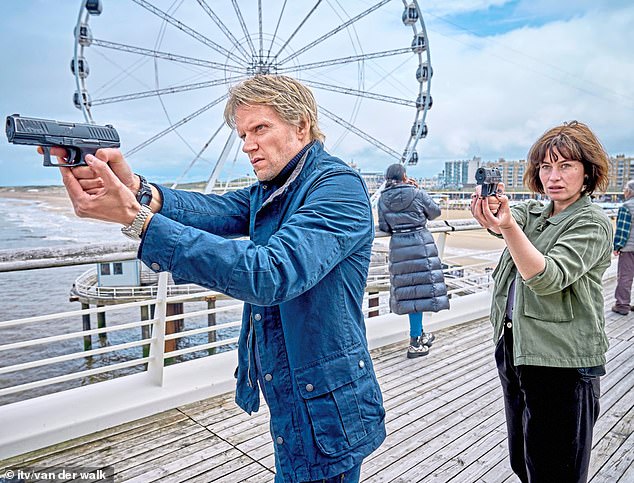 ‘We wanted to tap into the history of the city.’ When a solicitor who’d just won a case to evict some squatters is found murdered, and a cryptic note alluding to more killings is found in her jacket, the police turn their focus onto the squatters.

Trying to stop the rampage is Piet Van der Valk (Marc Warren), a detective who lives for his job following the tragic death of his wife. His all-action sidekick is Inspector Lucienne Hassell (The Musketeers actress Maimie McCoy), the perfect foil to Van der Valk’s reserved nature, and both work under Chief Julia Dahlman (Emma Fielding).

For Warren, playing the hero cop was quite a change from his usual turns as bad guys in dramas like Mad Dogs and The Good Wife. ‘It’s much more minimal than anything I’ve done before,’ says Marc, 55.

‘I’ve tended to play larger-than-life characters, so this is very different. I’ve noticed that the longer I play Van der Valk, the moodier I seem to get,’ he adds.

‘I wouldn’t say he’s a barrel of laughs, but he’s got a dry sense of humour.’ This new version of Van Der Valk is a departure from the earlier series, with the character drawn quite differently.

‘He’s a man who’s had a life,’ says Chris. ‘He can mix with high and low culture, with criminals and the great and good.’

He lives alone on a houseboat, but he’s contemplating finding love again. ‘At the end of the last series, you learnt that Van der Valk’s partner had drowned after a car accident,’ says Marc.

‘So we start off this series with him meeting a girl and that relationship runs through the three episodes.’ In its 70s heyday, Van der Valk’s cases were set among the seedy side of Amsterdam.

‘We’ve made a decision not to go into those worlds, that stereotypical perception of Amsterdam as party central with drugs and sex,’ explains Chris. ‘We wanted to have a broader palette to work with, and a lot of these stories come from spending time there.’ 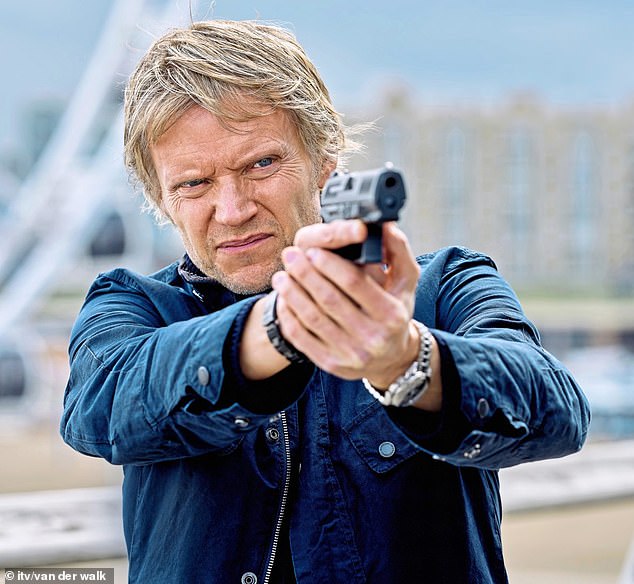 For Warren, playing the hero cop was quite a change from his usual turns as bad guys in dramas like Mad Dogs and The Good Wife

And so as well as the canals and Van der Valk’s houseboat, the police use the historic city centre restaurant Cafe Scheltema as a secondary station. But as romantic as it looks on-screen, Marc says it’s a difficult place to work.

‘It’s a tough location as it gets very hot,’ he sighs. ‘Each episode builds to us having to shoot all the police stuff in the last three or four days, and that means a lot of lines.

‘By the end of that you can barely remember your name!’ The second and third episodes also delve into the heart of modern Amsterdam.

‘The city is famous for its diamond industry, so we wrote about a dysfunctional family in the business,’ says Chris. Filming took place in a real diamond factory in Utrecht.

‘We were in the workshop which was amazing,’ says Maimie. ‘Some of the workers have been there 20 years and were extras in the scene.’

The third episode is set in the classical music world when a cellist dies after an acid attack. Filming took place at the Muziekgebouw, one of Amsterdam’s finest concert halls. 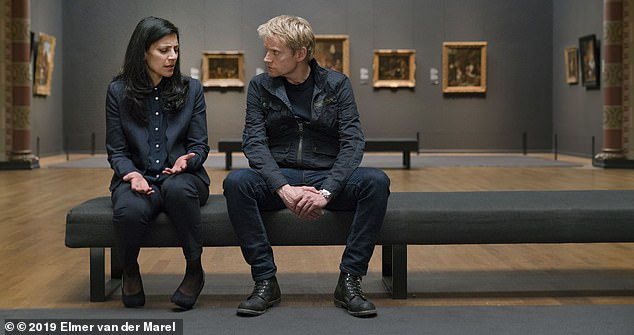 Marc and Maimie had to film at tourist hotspots, which sometimes proved a challenge. Pictured: Marc as Van der Walk and Vineeta Rishi as Therese Ramecker

Filming in tourist hotspots proved a challenge at times though. ‘Maimie and I had to drive through Dam Square at its most packed, wearing bulletproof vests with the flashing lights on,’ says Marc.

‘But nobody had told the police and we got pulled over. I thought, ‘If we’d had our guns on us, we’d have been in trouble!’

Luckily, a crew member showed the police their filming permits. One cast member even got to show off his musical skills.

Darrell D’Silva, who plays pathologist Hendrik, actually played in Amsterdam’s clubs in the 80s. ‘We see Hendrik playing the saxophone in a bar which ties in with my Amsterdam history,’ he explains.

‘Before I became an actor, I played gigs there.’ When Darrell told Marc about his Amsterdam gigs, he went straight to the producers.

‘I sent him a video of me playing and he said, ‘It’s gotta go in the show,’ says Darrell. ‘So he told Chris about it and in episode one, I’m playing the sax!’