Both these elements are on clear display in Chris Hammer’s intriguing new novel The Tilt and in Michael Connelly’s latest engrossing Ballard/Bosch novel, Desert Star. Both authors are utterly gripping players in analysis of how detectives work most effectively in their respective criminal justice systems. 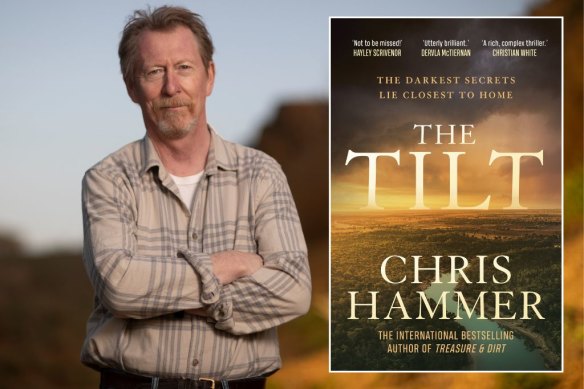 In Chris Hammer’s novel The Tilt, the geography is almost as important as the characters. Credit:Mike Bowers

Hammer and Connelly situate their novels in places where they enjoy a convincing command: Hammer in the searing Australian outback, and Connelly in the glitter and grime of greater Los Angeles.

Detective Nell Buchanan is again Hammer’s central character, fresh from triumph in Finnigan’s Gap, as depicted in Treasure and Dirt. The Tilt sees Buchanan called to a cold case in the Murray River, courtesy of a body found in a river regulator. The complicating factor is that the extended Buchanan family still live in the neighbouring township of Tulong and are interwoven in the case.

Accompanying Nell is her professional partner, Ivan Lucic, whose taciturn nature is matched only by his penetrating skill as an investigator.

Hammer skilfully sets the stage as the detectives make their way from Dubbo to the Murray River: “The plain is flat, the horizon endless, driving effortless. And today there is a blueness to the sky, a purity. It’s been a wet spring, talk of La Niña, with a green tinge to the flatness … [Nell] looks across at Ivan, who’s again contemplating the distance. She wonders what he sees, what he thinks; if he sees any of this or if the landscape is merely the backdrop to his internal dramas.”

Hammer’s novels are always richly layered. The intrusive geography is almost as important as the characters emerging in the plot. Indeed, as in Scrublands, the very landscape can influence the narrative. This aspect of Hammer’s writing assumes a dominance as the “tilt” is a geographical feature that divides the town and its surrounds. In addition, the Barmah Forest is a constant reminder of the fragile hold that humans have on the Australian landscape. From the outset, the forest assumes sinister dimensions. 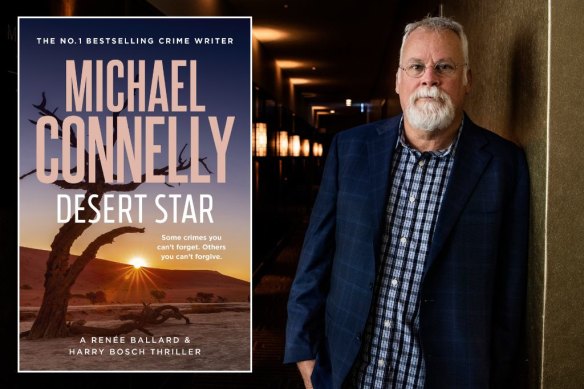 In Desert Star Harry Bosch is now back working as a “volunteer” with Detective Renee Ballard under the auspices of the Los Angeles Police Department. Ballard is now heading the department’s “cold case” unit, The Open-Unsolved Unit, Everybody Counts or Nobody Counts. It is known colloquially as the “Library of Lost Souls”.

Astonishingly for Australians, the cold case unit is supported by philanthropy, and is staffed, aside from Ballard, by volunteers such as Bosch. They constitute a mixed bunch, from a former FBI agent and a retired Assistant District Attorney to a genealogist who also claims to be a psychic. One of the volunteers assumes a critical significance in the unit. He is “Lou” Rawls, with a background in police, but sponsored by Councilman Pearlman, who is a primary supporter of the cold case unit, as his sister, Sarah, was murdered some years earlier. The perpetrator has never been caught.

Ballard is her usual, dedicated and remorseless self. She is an outstanding cop, and leads the unit by example. Bosch is a little older and a little slower, but his determination to see justice done is undiminished: “Counting the years of war and police work, Bosch had been looking at the unnatural cause of death for more than half a century. To say he got used to seeing the depravity and cruelty that humans inflict upon each other would be wrong, but he had long ago stopped thinking of these explosions of violence as aberrations. He had lost much of his faith in the goodness of people. To him the violence wasn’t the departure from the norm. It was the norm.”

This is brilliant crime writing, worthy of Raymond Chandler. But the Harry Bosch of Desert Star is a much harder character, in relentless pursuit of his proverbial “white whale”, to avenge the slaughtered Gallagher Family.

In both novels, the characters are drawn robustly and definitively. The writing is taut and the narratives move briskly. Both Hammer and Connelly have confirmed and underlined their reputations as numbering among the very best novelists in detective fiction.

Desert Star by Michael Connelly is published by Allen & Unwin, $32.99.

Stephen Loosley is a Senior Fellow at the United States Studies Centre at the University of Sydney.