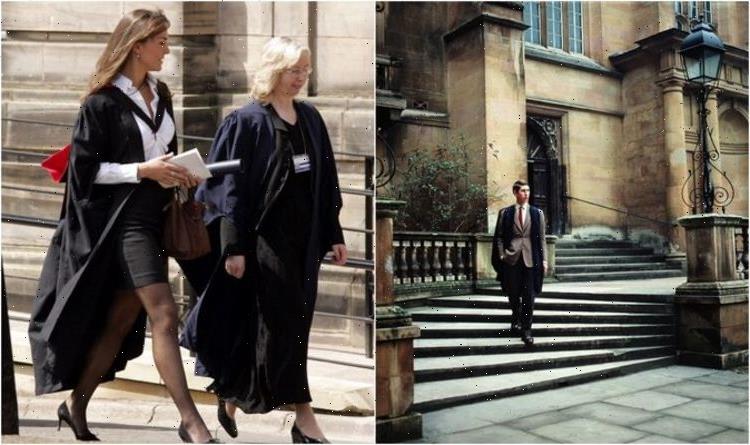 The number one university attended by the most members of the Royal Families across the world is the University of Oxford.

Oxford is thought to have been teaching students as long ago as 1096, so it is not surprising that the University of Oxford is the most popular institution for royalty.

However, when it comes to the British Royal Family, the University of Cambridge is superior in the Oxbridge race.

Both Prince Charles and his brother, Prince Edward, Earl of Wessex attended Cambridge.

In October 1967, Charles was admitted to Trinity College, Cambridge, where he read Archaeology and Anthropology before changing to History.

He graduated from the University of Cambridge with a 2:2 Bachelor of Arts degree in 1970, becoming the first British heir apparent to earn a university degree.

Prince Edward graduated from Jesus College at the University of Cambridge in 1989 with a Bachelor of Arts in History.

In Japan, Gakushuin University has been a popular place of study for the Japanese royal family.

The current emperor and four of his children are alumni of the Tokyo-based campus.

The UK is a popular destination for royal students to visit from across the world, with many of them receiving their earlier school education at British boarding schools.

For example, Princess Leonor of Spain and Princess Alexia of the Netherlands are currently coming over to the UK to study in Wales.

When it comes to subjects to study, the Royal Family has studied an eclectic mix of fields.

The most popular subject for the royals to study is political science, with 15 royal students gaining a degree in that field.

This subject was followed by History and International Relations with seven royal students studying both those degree subjects.

Princess Beatrice studied History at Goldsmiths University in London, where she most likely would have learnt about the history of her own family.

As previously mentioned, both Prince Charles and Prince Edward studied History at university too.

Four members of the Royal Family also studied History of Art, which famously includes Kate Middleton at the University of St Andrews.

Princess Eugenie too studied History of Art as a Combined Honours degree, with English Literature and Politics at Newcastle University.