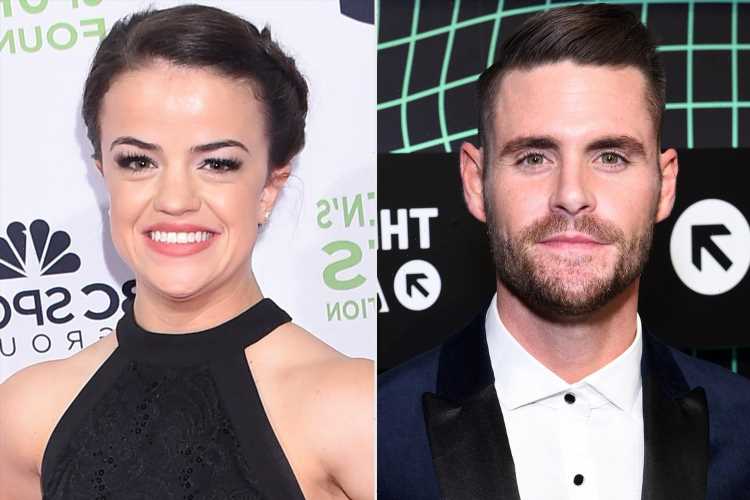 Kids across the country will soon have the opportunity to learn about honing their focus and thriving despite their differences from experts in achieving their goals — their gold-medal goals.

Numerous members of the U.S. Olympic and Paralympic teams have partnered with NBC Olympics, ClassDojo, and Classroom Champions to launch a new learning series, called "Heart of a Champion," that will allow children to hear stories about building important life skills direct from some of America's premier athletes.

"I look at the classroom and I think of my kids," Olympic diver and dad of three David Boudia, 31, tells PEOPLE of participating in the program. "There's no better way to bring them up and see mentors, than Olympians. I think Olympians encompass the right character and heart of what it means to be a human. And they have just a ton of endurance and they have to compete with integrity. And that's what I want them to see — is that they can be just like these Olympians."

Boudia, a four-time medalist, will give a lesson specifically on focus — an area he knows well because of diving. "You are jumping from a 10-meter platform or a three-meter springboard," he explains. "And one of the hardest things to do is to set your mind off what you're trying to accomplish. With focus, I think when you're an athlete or an everyday person, you are trying to make sure that you're doing the tasks that you've been given and having the goals on the back of your mind and accomplishing them. And if you have outside distractions and it's extremely hard to do that."

Paralympic swimmer Sophia Herzog — who won a silver medal at Rio in 2016 — will cover diversity in her "Heart of a Champion" class.

"My lesson is focused on diversity, so being able to connect with kids and show how I have diversity in my life, it's a really good thing," Herzog, who was born with a form of dwarfism, tells PEOPLE. "Diversity strengthens your family, your classroom, your team, whatever you may be in."

Herzog has worked with Classroom Champions for at least four years, and calls the experience "really rewarding," especially when she gets "feedback" and sees the goals her students achieve.

"Diversity strengthens you and it highlights different perspectives," she adds of her "Heart of a Champion" program. "I think about the Paralympic team, with other athletes that come from different disabilities, different stories, different experiences, and, you know, we're one of the strongest teams in the world — and I think that has a lot to do with it."

"Olympians and Paralympians are the most inspirational athletes our country has to offer to help kids see their potential. As these athletes put their long-standing dreams on hold through the first Olympic and Paralympic postponement in history, there's no one better equipped to teach kids about perseverance," said Steve Mesler, Olympic gold medalist and chief executive officer of Classroom Champions, in a press release. "Our partnership with NBC Olympics and ClassDojo is an exciting step in getting the right people in front of millions more kids struggling to find role models in today's world."

"Heart of a Champion" will be available to the public for free at ClassDojo.com/heart and complementarily distributed to all classrooms on ClassDojo.

To learn more about all the Olympic and Paralympic hopefuls, visit TeamUSA.org. Watch the Tokyo Olympics and Paralympics this summer on NBC.