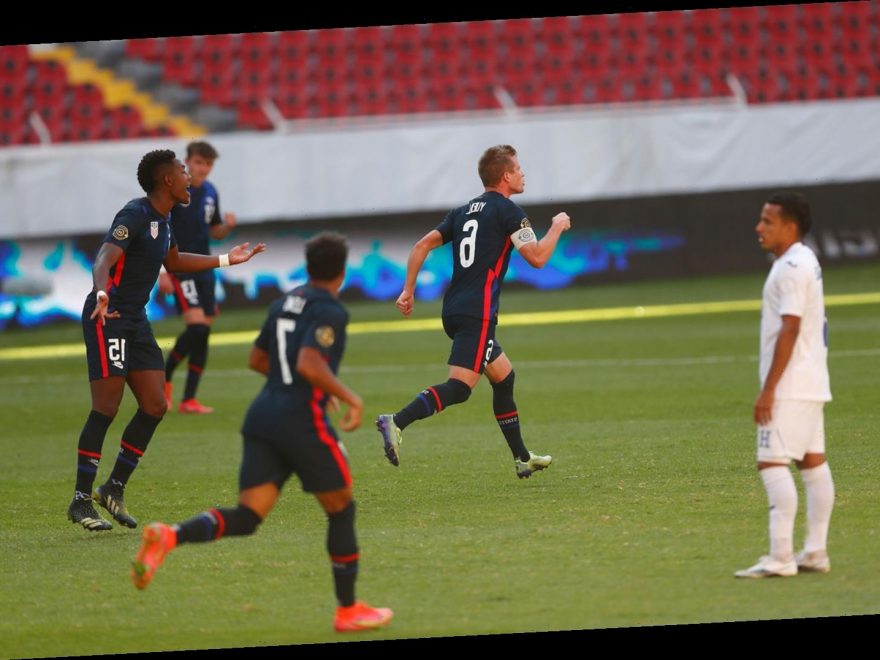 For the third consecutive time, the U.S. men's soccer under-23 team has failed to reach the Olympic Games.

The team lost to Honduras 2-1 on Sunday night during the semifinals of the CONCACAF qualifying tournament. Honduras will now advance to the Tokyo Games this summer, according to ESPN and NBC Sports.

"Obviously, we're devastated, absolutely devastated," U.S. head coach Jason Kreis told reporters after the match, per ESPN. "In our locker room, the guys are like it's a tragedy — a tragedy."

The U.S. men's team last played in the Olympics in 2008 in Beijing. They will now miss three consecutive Olympics for the first time since 1960, 1964 and 1968, according to NBC Sports.

"We lose an opportunity to play in an international tournament with more pressure, where these players have to be in these environments and continue to improve with that pressure," said Kreis, 48. The U.S. men's soccer Olympic team is currently limited to players born Jan. 1, 1997 or later. Meanwhile, the U.S. women's Olympic team — who won three of the last four soccer Olympic gold medals — is comprised of members from senior national teams, according to the Huffington Post.

"I don't know that if I've ever seen a game where we've had players miscontrol the ball so much by going under people's feet, passing out of bounds," Kreis said of Sunday's game. "These are things that are just really — you just really kind of scratch your head, you think of, 'What's going on here?' " Honduras, led by coach Miguel Falero, will face off against Mexico in the final match of the U-23 Olympic qualifying tournament on Tuesday. Both teams have secured their spot at the Tokyo Games, which is taking place from July 23 to August 8 following a delay due to the ongoing COVID-19 pandemic.

The U.S. men's team next chance to qualify for the Summer Olympics is at the 2024 Games in Paris.