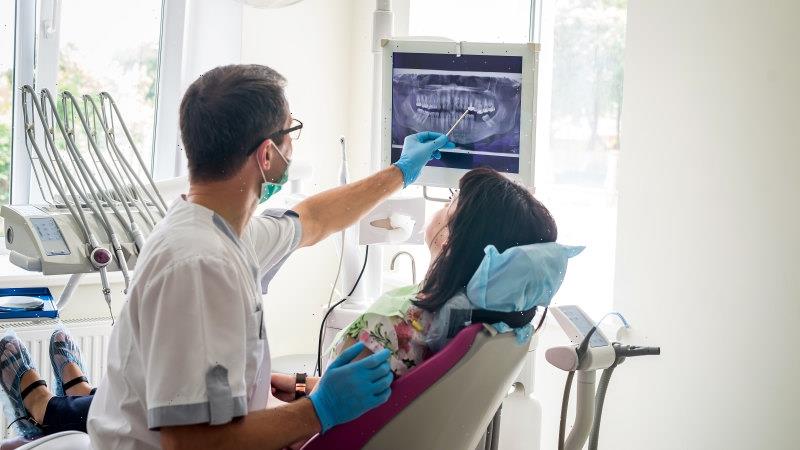 Dentists are concerned about the number of people delaying treatment as cost-of-living pressures and long waitlists for government-funded care are expected to create a backlog of problems.

More than two-thirds of adults (68 per cent) said they have not been to the dentist in the past two years and a quarter have avoided the chair for five years, according to a survey of 25,000 people commissioned by the Australian Dental Association. 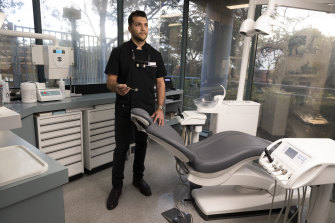 Dentist Dominic Aouad said he was seeing more patients in 2022 than 2021, but his bookings are still 15 to 20 per cent lower compared to before the pandemic.Credit:Louise Kennerley

Sixty-seven per cent of respondents said they had delayed dental treatment for ailments such as suspected cavities, cracked teeth or bleeding gums within the past 12 months. This figure was highest in Victoria (71 per cent) and NSW (69 per cent).

But despite more people delaying treatment in states that experienced lockdown restrictions and large case waves last year, it was cost-of-living pressures that were most commonly cited as barriers to seeing a dentist in 2021. Fifty-four per cent of people who delayed said they could not afford it.

“COVID has affected some things, but it’s not the standout reason why people aren’t visiting the dentist. And that is a bit surprising,” association spokesperson Dr Mikaela Chinotti said.

The proportion of people reporting delaying treatment has increased by 50 per cent over the past 10 years of the survey.

“Putting off seeing a dentist for two years is enough time for diseases in the mouth to develop, and usually there is no pain until there is a problem,” said Chinotti.

Professor Heiko Spallek, dean of the University of Sydney’s School of Dentistry, said it was a “global trend” for people to delay dentistry during periods of economic stress.

“People put off dentistry very often because it is not seen as a life-threatening problem and that is exacerbated when the price of services is very high,” he said.

“Here in Australia, we have the public system but there are very long waitlists and going to a private dentist is out of reach for concession cardholders, and honestly even sometimes for people who have private health insurance.” 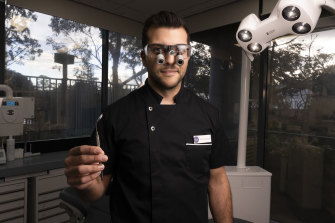 Dentist Dominic Aouad at the Dentists at Pymble practice.Credit:Louise Kennerley

At the same time, waitlists for public treatment – historically very high – neared 100,000 in the state by December 2021, with a 15-month wait for an appointment.

Spallek said there was likely a significant hidden waitlist of people not aware they could receive public dental care, and any move to increase capacity would be followed by increased demand.

“Unfortunately, if you increased funding for services by 10 per cent, I doubt [the waitlist] would get much shorter,” he said.

The Grattan Institute’s 2019 Filling the Gap report, authored by former secretary of the federal Department of Health Stephen Duckett, called for Australia to transition to universal dental care over a decade, finding 58 per cent of dental costs are paid by patients, compared to 11 per cent for medical primary care.

The Greens pushed free dental care as an election issue earlier this year.

In his Pymble clinic, dentist Dominic Aouad said he was seeing more patients in 2022 than 2021, but his bookings are still 15 to 20 per cent lower compared to before the pandemic.

Bookings are also frequently cancelled, with high rates of COVID-19 and other respiratory viruses in the community.

“So much of visiting the dentist is about routine, and the pandemic has really disrupted routine in every aspect of life,” he said.

“We are starting to see those patients who stayed away come out of the woodwork, but unfortunately some of them are coming in with concerns, like bleeding gums or a toothache, which end up costing more to treat.”