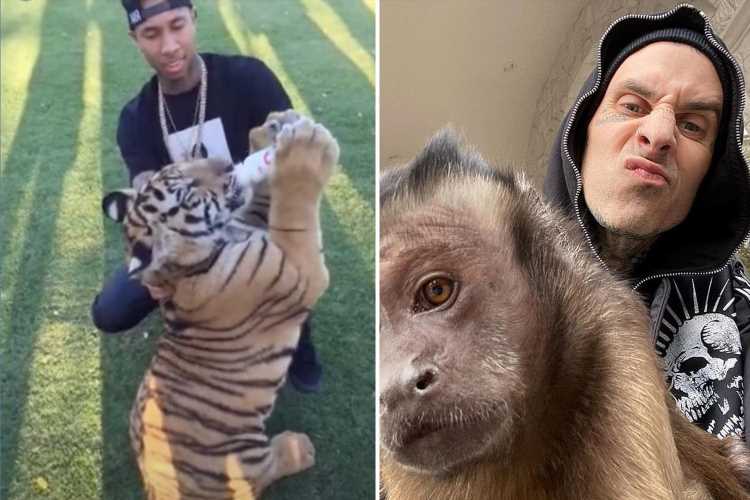 WHEN you have multi-millions of dollars at your disposal, practically anything can be yours – including man's best friend.

Celebrities have been going wild for wild and exotic animals for decades, with many treating their bizarre pets as status symbols. 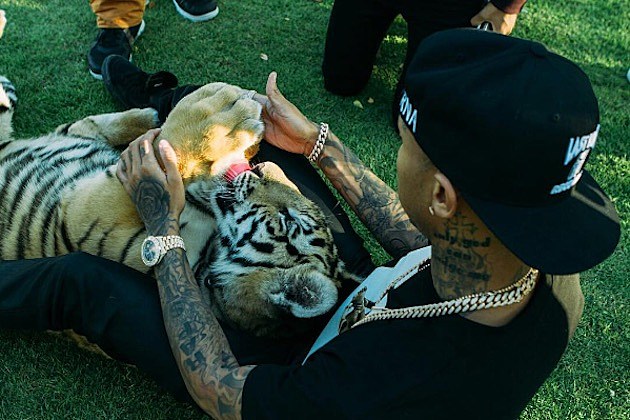 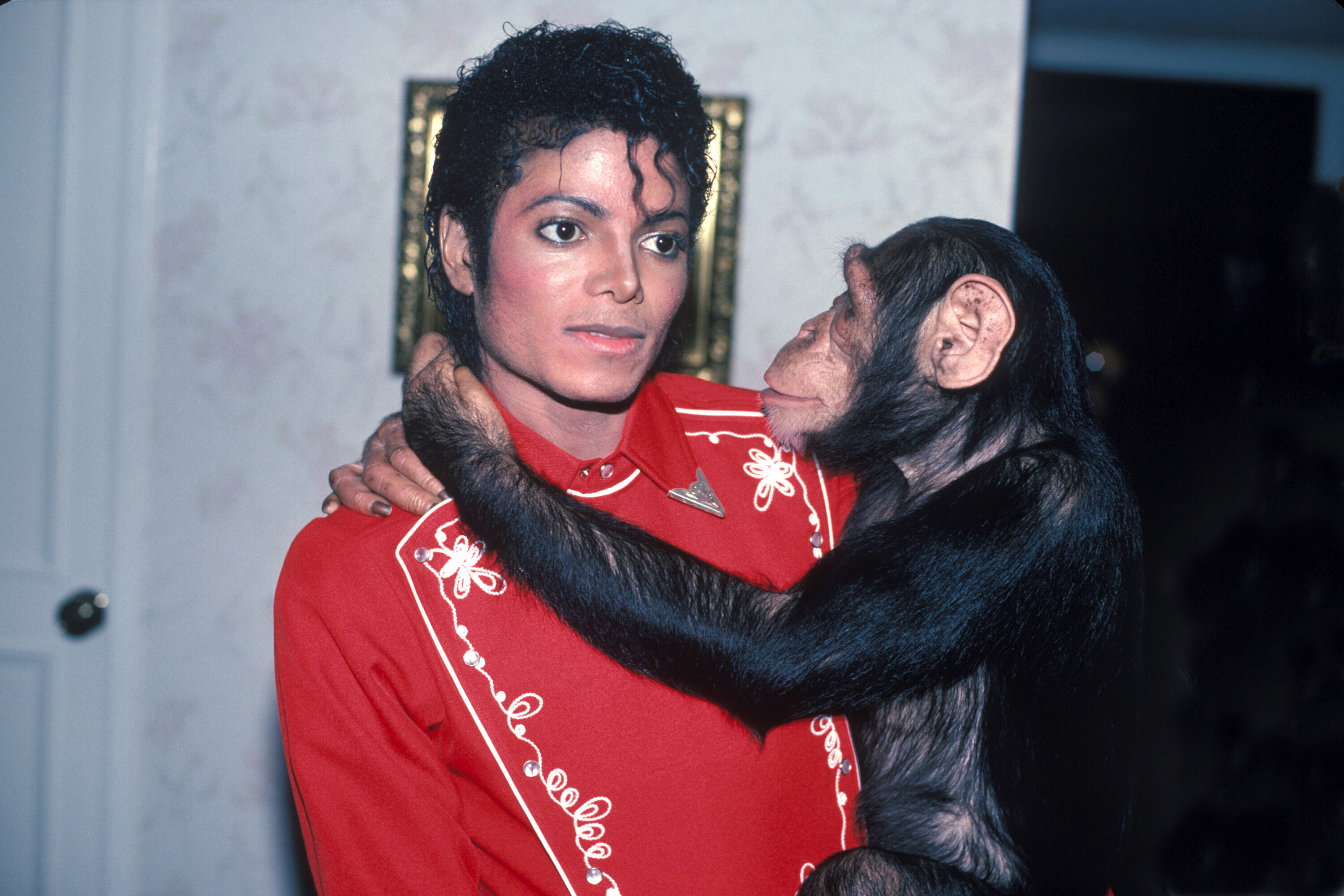 Ever since Michael Jackson introduced the world to his pet chimp, Bubbles, unique pets have served as a sort of status symbol, with the stranger the better.

The Beat It singer bought his chimp from a Texas research facility in the 1980's.

Bubbles initially lived with Michael at his home in Encino, but was moved to the Neverland Ranch in 1988.

There, he slept in a crib in the hitmaker's bedroom, used his toilet, and ate his candy in the Neverland movie theater.

By 2003, Bubbles had matured into a large and aggressive adult chimpanzee unsuitable as a pet, like many captive chimpanzees, and was sent to a California animal trainer.

When the trainer closed his operation in 2004, Bubbles was moved to the Center for Great Apes, a sanctuary in Wauchula, Florida, where he has lived since 2005.

I just want one more Christmas… but this might be my last, says Deborah James

How many of these celebrities did you know own wild animals? 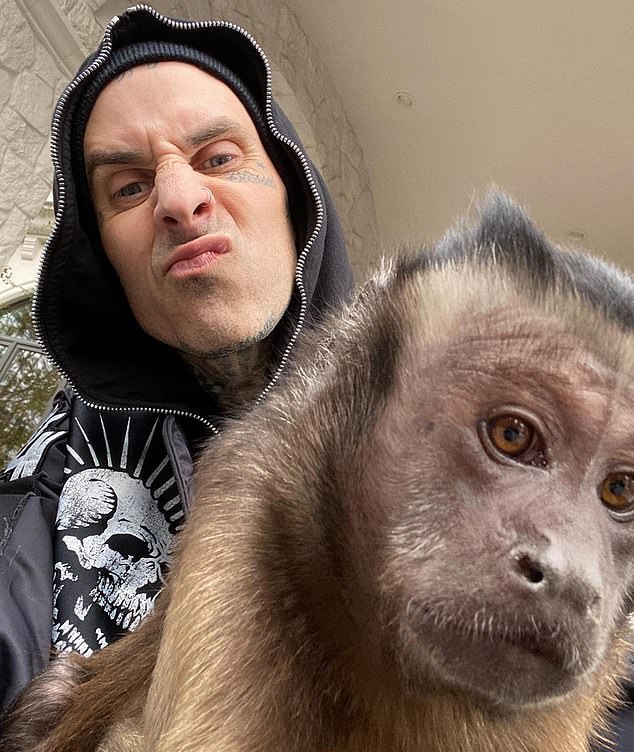 Long before Kourtney Kardashian became the love of his life, Blink-182 drummer Travis Barker gave his heart to his pet monkey.

Travis, 46, is a big animal supporter, and has even gone Vegan to protect their kind. 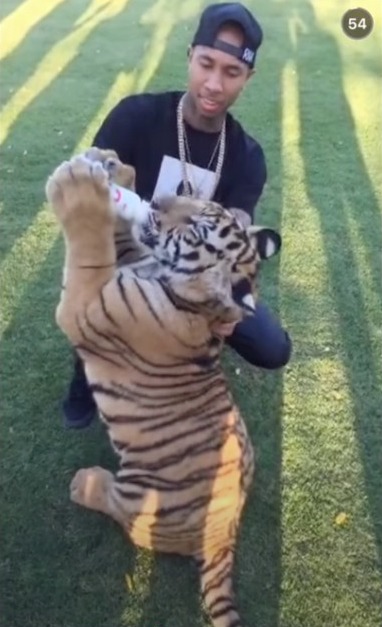 If your name is Tyga, you pretty much have to own a tiger, right?

The rapper, whose real name is Michael Ray Nguyen-Stevenson, introduced the world to his pet tiger in 2014, sharing photos and videos on Instagram.

But when Kylie Jenner's ex discovered it's illegal to own a tiger in California, he claimed the cub didn't actually belong to him.

He reportedly faced misdemeanor charges of possession of a prohibited species, which is punishable by up to six months in jail, but was never charged after giving away his ferocious pet. 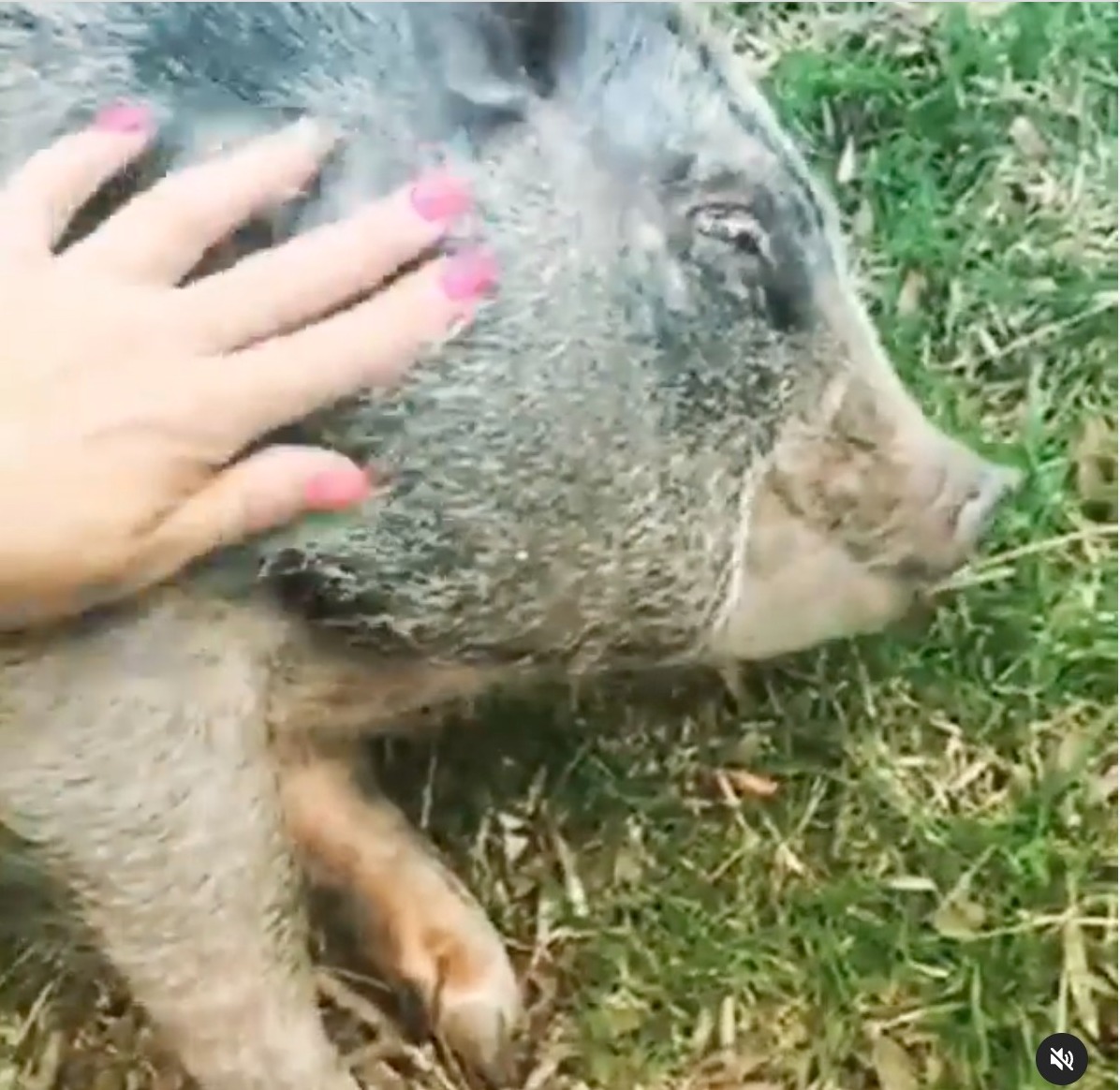 She recently shared sweet videos of her kids playing with the sow, along with two cows and a one-eyed cat on their farm.

The Teen Mom 2 alum, 30, captured her son Watson, four, and daughter Layne, three, feeding the animals on the huge land around their South Dakota farmhouse.

The former reality star and her husband, Cole DeBoer, built their dream farmhouse over a year and moved into it in December 2020. 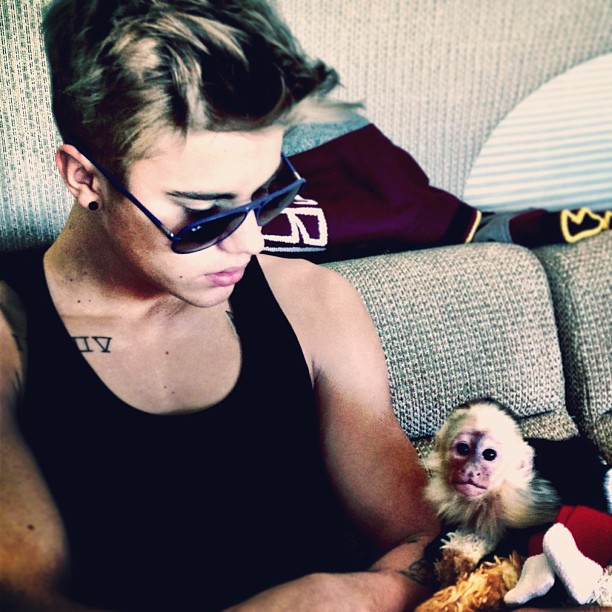 In 2013, Justin Bieber was given a capuchin monkey for his birthday by a friend who knew he loved the animals.

Unfortunately, "OG Mally" was seized at customs and placed under quarantine shortly after the singer arrived in Germany.

Justin, 27, had until May that year to produce paperwork to retrieve his monkey, but when he failed to do so, OG was delivered to a nearby zoo.

The monkey is now living out his days at the Serengeti Park in Copenhagen. 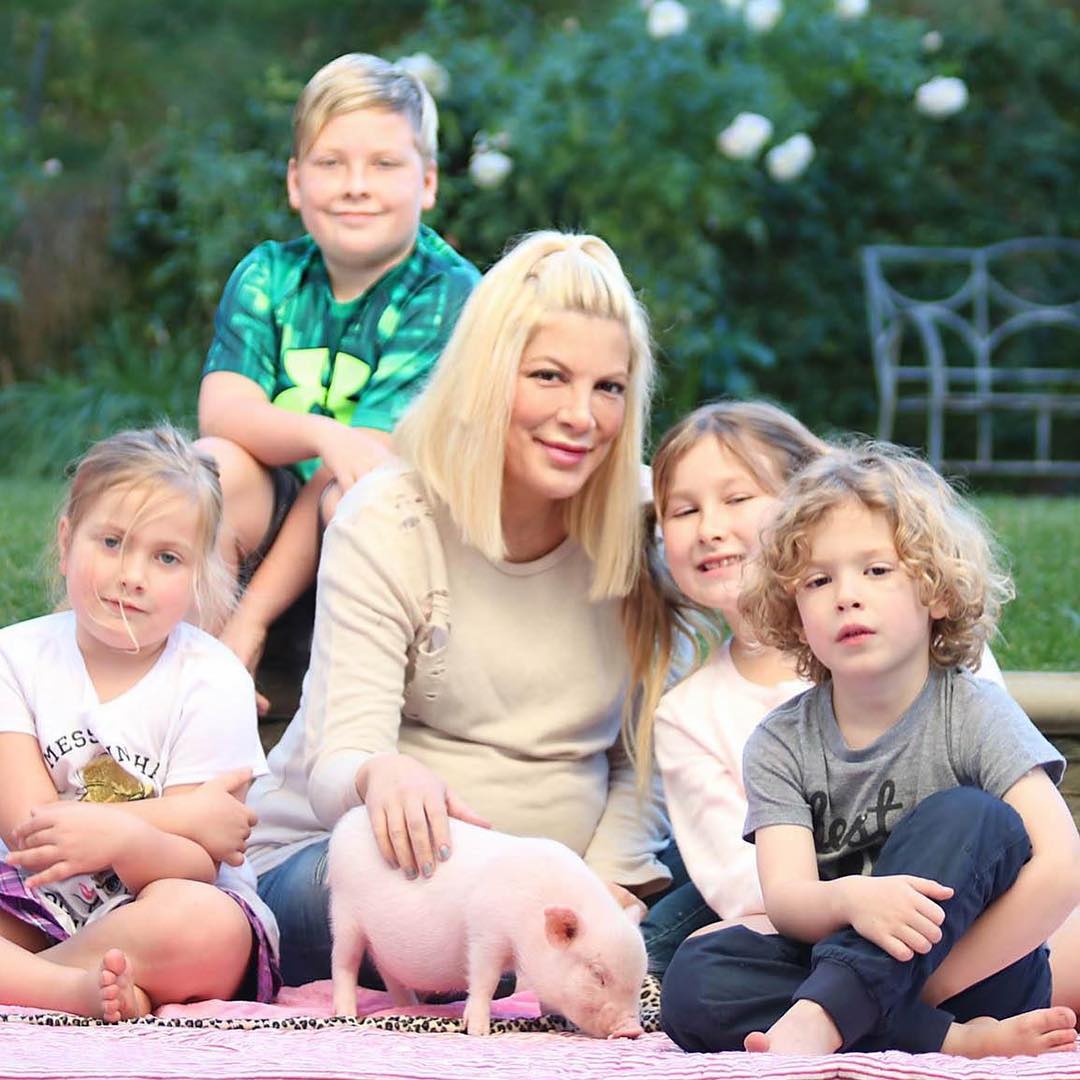 Beverly Hills, 90210 alum Tori Spelling once owned a pig while she was still living with estranged husband Dean McDermott.

In 2017, she introduced the petite porker to the world on Instagram

We have a new member of the family…Nutmeg! Thanks to @oinkoinkminipigs for making this happen!" 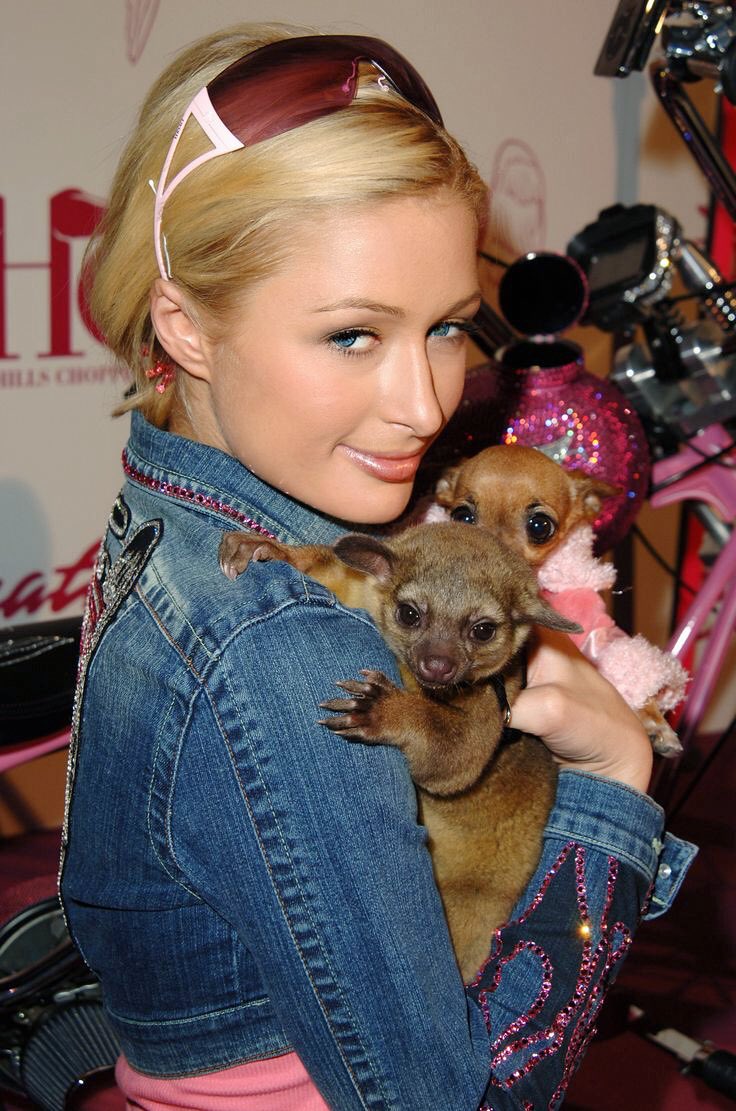 There was no love lost between Paris Hilton and her personal kinkajou named Baby Luv, after the wild animal bit her in 2006.

The newly married heiress was not hurt by the bite, but did visit a hospital emergency room to receive a tetanus shot.

At the time, her publicist said Paris was frolicking with the exotic pet early Tuesday morning “the way some people play with their cats and dogs” when the animal became excited and bit her.

"It’s a superficial bite on her left arm,” the publicist confirmed. 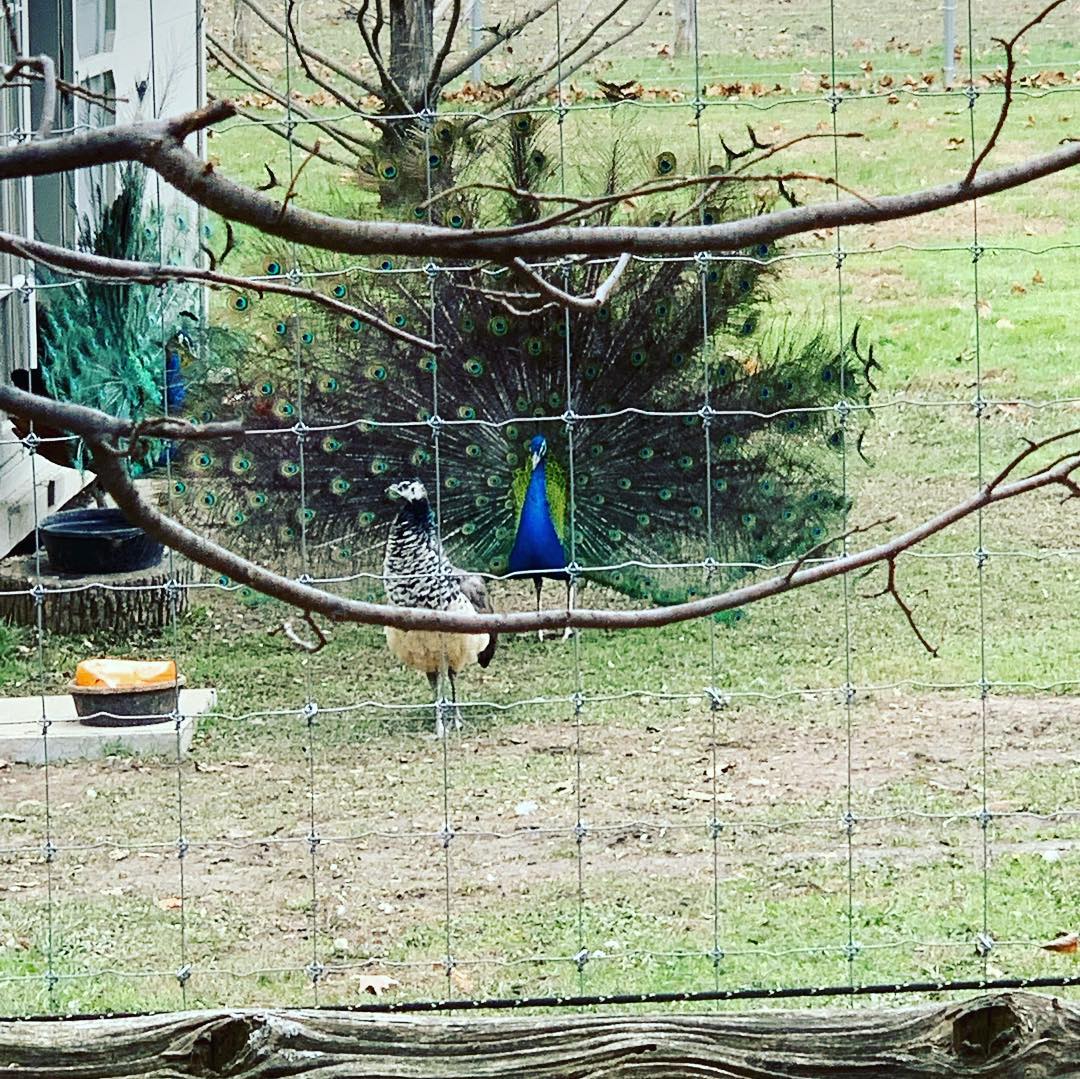 When the New York Post reported that Martha had 16 peacocks, she quickly tweeted back that it was "fake news" … she really had 21 peacocks in her coop.

Martha is an avid bird owner with hundreds of heirloom chickens and geese. 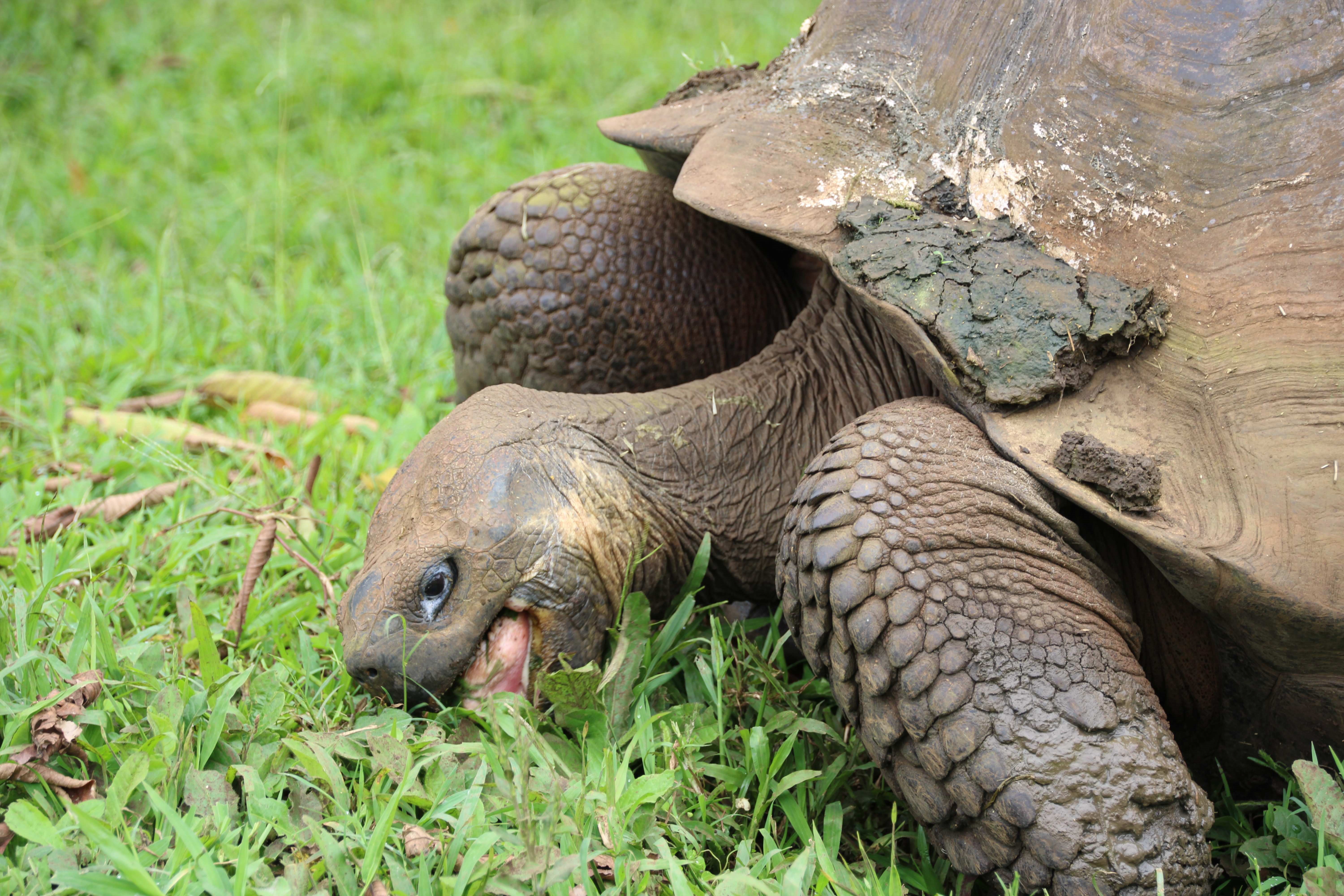 The Titanic star reportedly spent $400 to buy a tortoise at the North American Reptile Breeders Conference and Trade Show in 2010.

The 7-year-old tortoise weighed 45 pounds at the time.

African spurred tortoises can live up to 200 year and can get as large as 180 lbs. Luckily for Leonardo, “they make really good pets.” 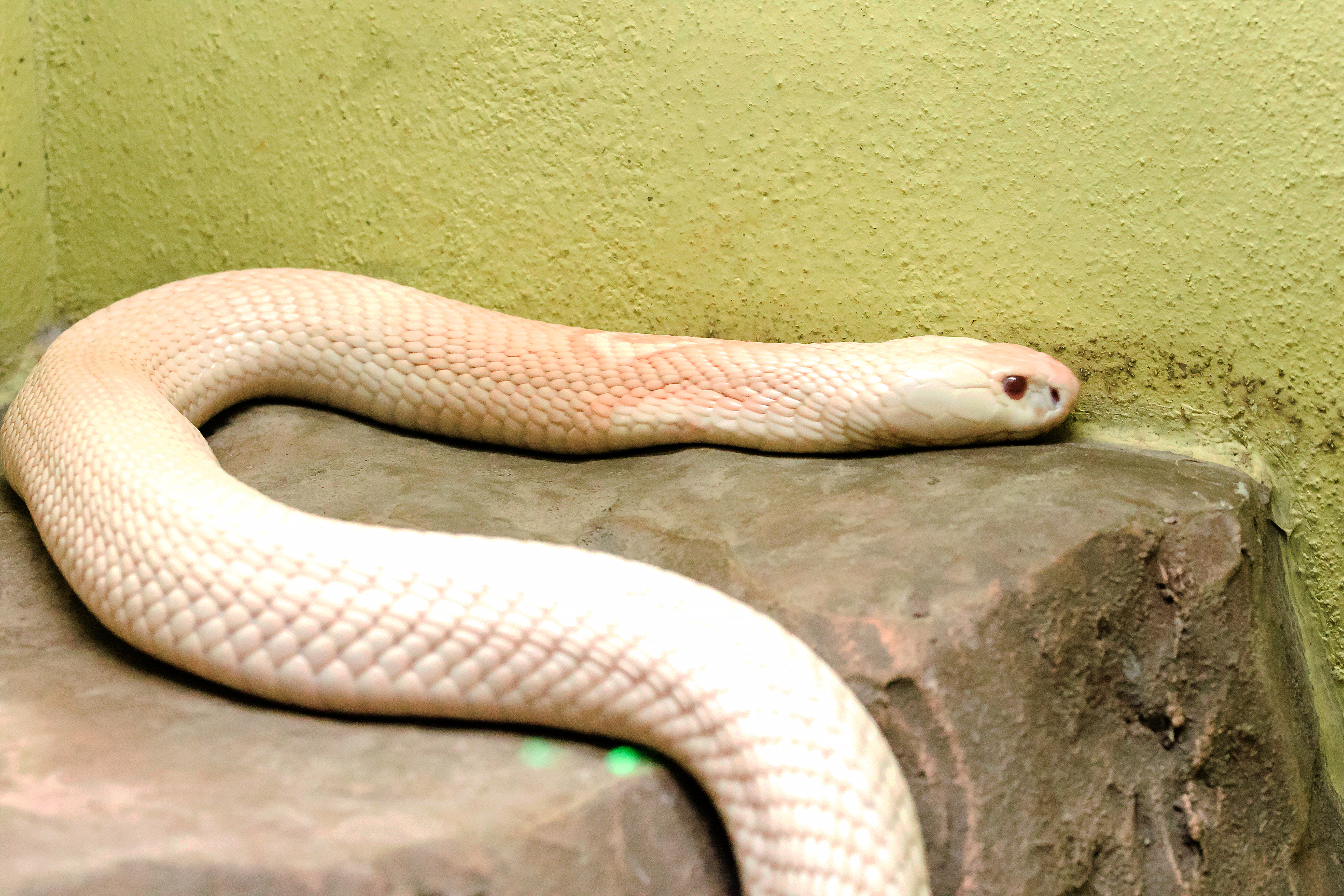 Nicolas Cage may have second thoughts about wanting more pets, after, according to him, his two pet cobras tried to kill him.

The actor told The New York Times: “I did have two king cobras, and they were not happy. They would try to hypnotize me by showing me their backs, and then they’d lunge at me.”

Nicolas had a female named Sheba and an albino male named Moby, and he kept them behind bulletproof glass in his home next to a syringe of anti-venom.

The Ghost Rider star revealed that he had to have the snakes re-homed in a zoo after he spoke about them on the Late Show with David Letterman, because “the neighborhood wasn’t too pleased that I had cobras.”