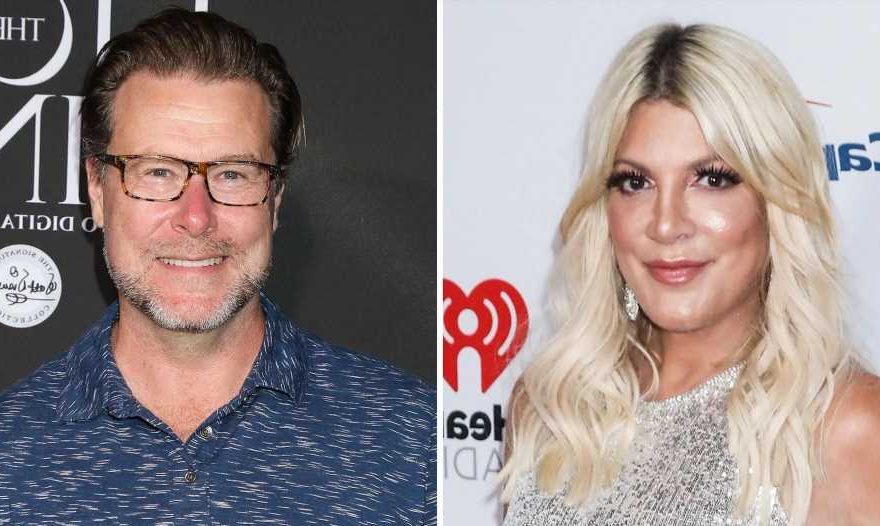 Planning for the holidays. Tori Spelling hinted at exchanging gifts with Dean McDermott during the holidays amid ongoing speculation about their marriage status.

When the Messyness host, 48, appeared on the Thursday, December 2, episode of SiriusXM’s Jeff Lewis Live, host Jeff Lewis pressed, “Alright, so, holiday shopping: What are we getting Dean? Anything?”

After Lewis, 51, asked the Masked Singer alum if she’d contribute to the gift fund or tell her children to “use [their] own money,” she confirmed her participation.

“No, I’m contributing,” Spelling added before flipping the script on the radio host, dodging a follow-up question about the present. “What are you getting [your ex] Gage [Edward]? You have to — [your daughter] Monroe has to get him something because that’s how it works, like, the kids have to get their parents [a gift]. Hi, welcome to life.”

The sTori Telling author then offered some handy advice to Lewis, telling him that he’ll need to pick out a present, purchase and wrap it and write a “little card” to go with it, explaining, “That’s how it goes.”

While rumors swirl about the True Tori alum’s relationship with her husband, whom she wed in 2006, the duo celebrated Thanksgiving together “as a family,” a source exclusively told Us Weekly after the holiday.

“Everyone chipped in for the cooking and preparation,” the insider revealed. “They really are trying to celebrate the holidays as a family and put aside their differences.”

Despite having“a lot of heated arguments” amid “good and bad days,” the source asserted that the pair remain committed to their large brood.

“Most importantly, [they] want their kids to be happy,” the insider said, noting that a potential divorce could “still happen,” but Spelling and McDermott have an “understanding” about celebrating the holiday season as “one unit.” 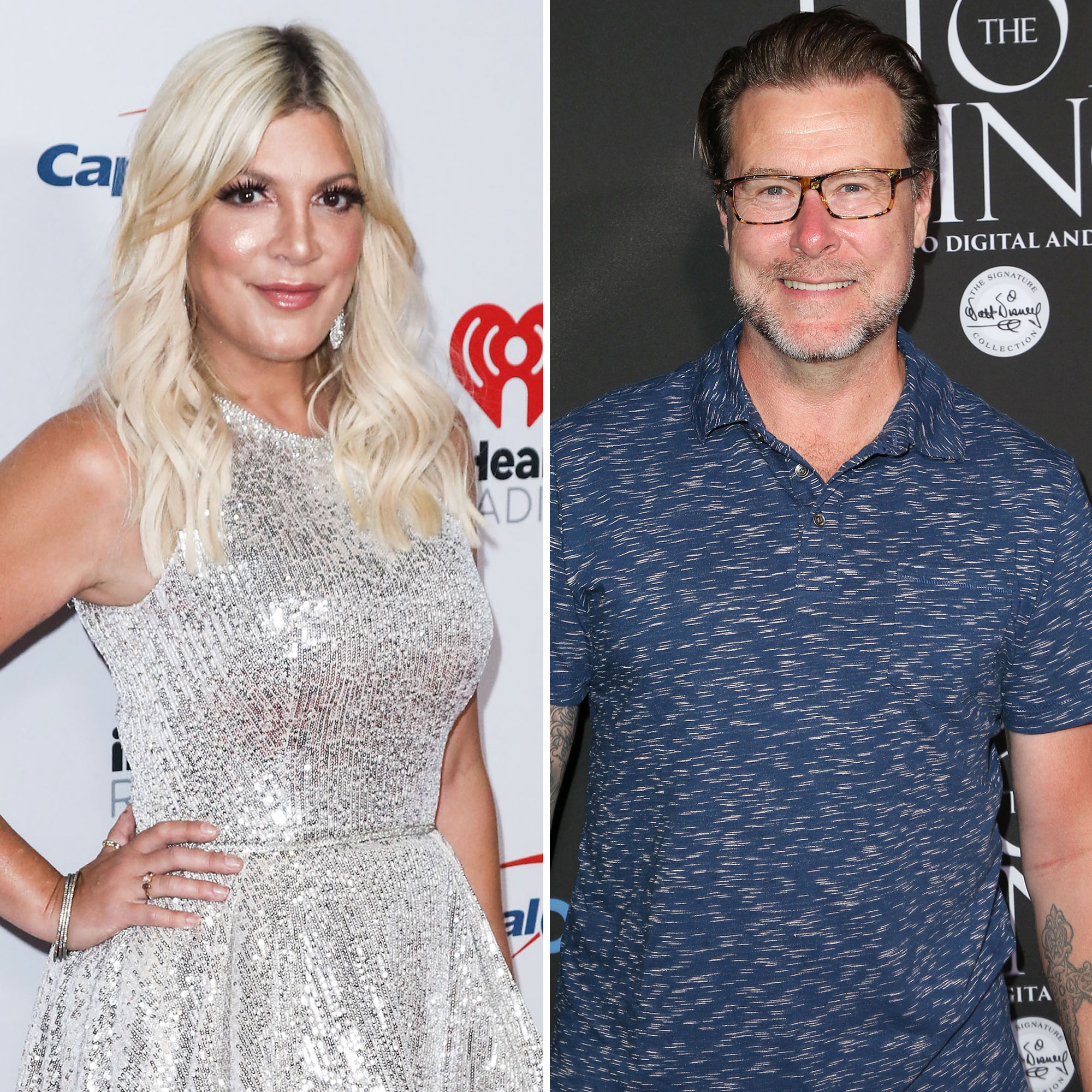 The California native previously documented her Thanksgiving prep on November 25 alongside daughters Stella and Hattie, gushing over their help in the kitchen.

“Happy Thanksgiving 🍁,” the Beverly Hills, 90210 alum captioned an Instagram selfie with her girls. “Three empowered females cooking, cheering, and chatting. Making sweet potato casserole, drinking cranberry mimosas {mine with champagne and theirs sparkling apple juice}, and watching a holiday rom-com on @stella_mcdermott08 laptop. Grateful for my family… stay safe and love hard on the ones you love. xoxo.”

Days before Spelling joyfully documented the family’s festivities, she made headlines for sharing snaps of her family’s holiday card and Christmas stockings display without mentioning the Chopped Canada host.

“It’s that time again. And it’s a winter wonderland at my house,” she captioned a sponsored Instagram post of her family’s holiday card on November 22, showcasing her kids and family pets without a nod to her spouse. The card’s inscription also seemingly left off the Open Range actor’s name, reading, “With Love, from our farm to your home! Xoxo, Tori & Family.”

The BH90210 alum and McDermott have been the subject of divorce rumors since earlier this year when they were each spotted without their wedding rings. Spelling, for her part, even noted during a June appearance on Jeff Lewis Live that they were not sleeping in the same room.

In  October, a source told Us that Spelling “wants a divorce, but she feels trapped right now” after getting into an argument with the Pretty Hard Cases actor. At the time, the insider noted that the former child star is “miserable” in her marriage but has stayed for her kids, who have “no idea” about their parents’ marital issues.