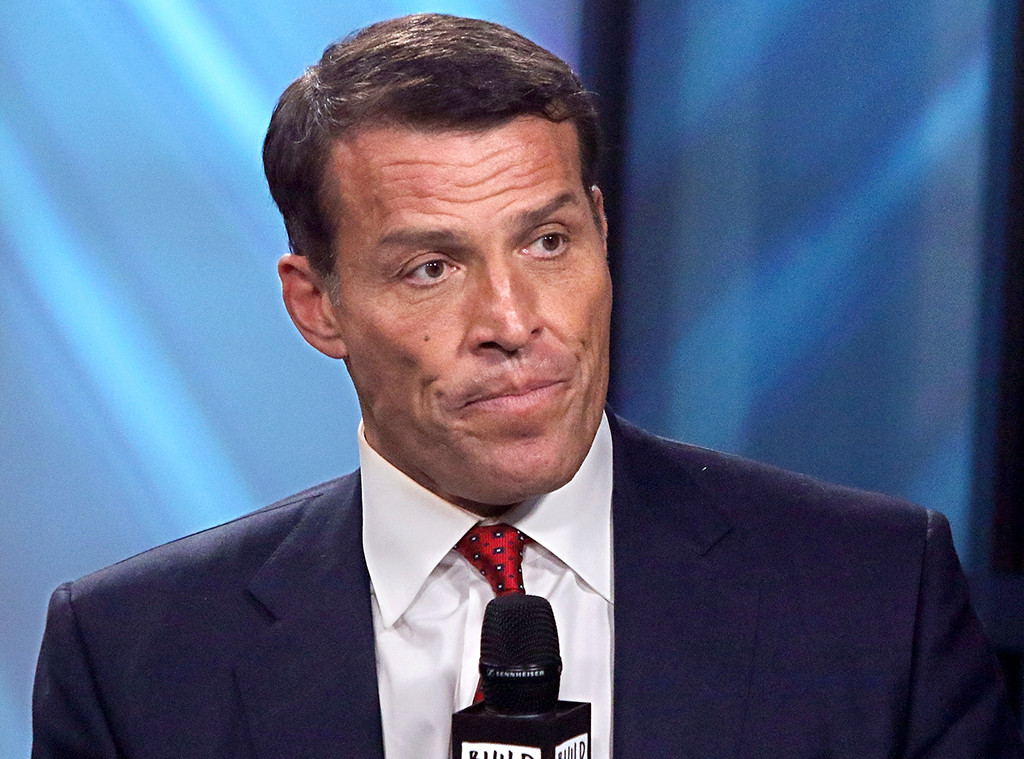 On Friday, the outlet reported that former female fans and staffers have accused Robbins of inappropriate sexual advances, and also claimed that he has berated survivors of rape and domestic violence and subjected his followers to “unorthodox and potentially dangerous techniques. BuzzFeed News said it had carried out a yearlong investigation of Robbins, based on leaked recordings, internal documents and dozens of interviews with fans and insiders.

Robbins responded to the accusations in a letter posted on Medium. He called the article an “inaccurate, agenda-driven version of the past, pierced with falsehoods” that is “intended to disparage me personally, my family, my life’s work, and the efforts of the millions of individuals around the globe who have taken this journey with me over the last 40-plus years.”

“You allege that approximately 20–30 years ago — when I was in my 20’s and early 30’s — I was negligent with both my employees and individuals who chose to attend my seminars. You also allege (through anonymous sources) that I pursued conflicting intimate relationships,” he said. “Your claims range from indistinct to ridiculous.”

BuzzFeed News reported that two women who say they worked for Robbins claimed he had sexually harassed them by repeatedly pursuing them after they made clear they weren’t interested, and two former women who say they worked as his assistants said he had expected them to work alone with him when he was naked in his hotel room or in the shower. In addition, BuzzFeed News said that another former employee said she was fired after having a consensual sexual relationship with him.

All the alleged incidents took place in the ’90s and ’00s, before Robbins married his second and current wife Sage Robbins in 2001, the outlet said.

BuzzFeed News claimed that Robbins unleashed expletive-laden tirades on abuse victims after they were invited the stare their stories in front of an crowd, and once called a woman who said her husband was violent towards her a “crazy bitch.” The outlet also claimed that Robbins “created a highly sexualized environment in which both men and women have been told to touch themselves intimately and simulate orgasms,” while repeatedly singling out “women out of the crowd for more personal attention.”

BuzzFeed News quoted Robbins’ lawyers as saying that he vehemently denies “engaging in any alleged ‘inappropriate sexual behavior,'” making harmful comments to abuse victims, exposing his fans to potentially dangerous techniques and sending security personnel into the crowd to solicit women on his behalf, or making such approaches personally. In addition, he was “never intentionally naked” in front of staff, the attorneys say.

While Robbins “admits he has made mistakes in relationships and other aspects of his life,” he “never behaved in the manner intimated by these salacious and false accusations” and he has been “faithful and committed” to his wife, the lawyers said, noting that no verbal or written sexual harassment or abuse complaint has been filed against Mr. Robbins in the last four decades.

Robbins vehemently denied “engaging in any alleged ‘inappropriate sexual behavior,'” sending security personnel into the crowd to solicit women on his behalf, or making such approaches personally. He was “never intentionally naked” in front of staff, his lawyers said in a letter. “To the extent that he may have been unclothed at various times in his home or in hotels when working while either dressing or showering, and whether a personal assistant may have been present for some reason at that time, Mr. Robbins has no recollection.”

The letter said Robbins “admits he has made mistakes in relationships and other aspects of his life but he never behaved in the manner intimated by these salacious and false accusations,” and he has been “faithful and committed” to his second wife, Sage, since they married in 2001. No one has “ever filed a verbal or written sexual harassment or abuse complaint against Mr. Robbins in the last four decades,” the letter said.

The firm denied that Robbins’ comments to abuse victims were harmful, or that he exposed his fans to potentially dangerous techniques. On the contrary, it said, Robbins went to “great lengths to ensure the safety, comfort and enjoyment of all attendees.”

In his Medium letter, Robbins wrote, “Let me be clear, while my open-classroom therapeutic methods are not for everyone, and while I am on my best day still only an imperfect human being, I have never behaved in the reckless, irresponsible, or malicious manner intimated by false, unfounded, and incendiary allegations suggested by BuzzFeed story-tellers.”

Last year, Robbins came under fire when he suggested to an audience member at one of his events that women were using the #MeToo movement “to try to get significance and certainty by attacking and destroying someone else.” He later apologized for his remarks, saying he agrees with the “goals of the #MeToo movement and its founding message of ’empowerment through empathy,’ which makes it a beautiful force for good.”