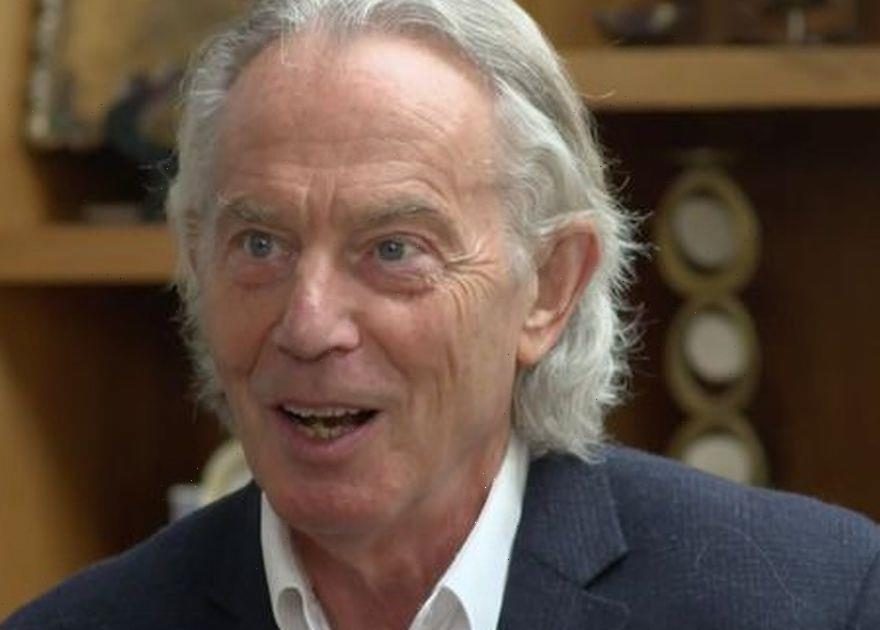 Join the OK! VIP newsletter and receive big exclusives to your inbox before anyone else!

Tony Blair is out to prove that hair transformations aren't reserved for just showbiz circuit, and that even politicians can go a little rock ‘n' roll with their haircuts.

The former prime minister seems to have broken the internet after debuting a brand new silver mullet that Twitter says makes him look a little like Doc from Back to the Future, and like the very first Doctor Who.

Ex-Labour leader Tony recently showed off his new look during a TV interview with ITV about the prospects of Scottish Independence. And while the subject was no doubt serious, in classic Twitter fashion, it was his wavy mane that became the main topic of conversation.

"Reliably informed that Tony Blair is the first Doctor Who," quipped one user.

Another wrote: "Tony Blair is slowly transforming into Doc Brown."

Other users pleaded with him to seek out a haircut, with one saying: “I’m sorry but someone is going to have to stage an intervention over Tony Blair’s hair.”

We can’t quite work out whether Tony has simply not been able to make it to a hair salon, since they’ve only been open a few weeks after shutting due to Covid restrictions, or if this new look is a bit of a statement.

Either way, it’s certainly a change from his usual professional-looking crop.

While it’s not often a politician manages to break the internet for a hair or beauty look, Tony is definitely not the first high-profile person to cause a big stir on social media for a change of looks.

Kim Kardashian memorably had a rockstar transformation of her own in 2017, when she bleached her dark tresses a platinum blonde. The big change caused Twitter to erupt with questions about whether it was a wig or her own hair.

And only last month, Billie Eilish surprised fans when she debuted a shaggy bleach blonde style, in place of her signature black and neon green shade.

Mullets are also (somewhat worryingly) back in fashion this year, with plenty of celebs jumping on the retro trend. Miley Cyrus is probably the most notable mullet pioneer, with the likes of Rihanna and Bella Hadid following suit with Patrick Swayze-era cuts of their own.

We wonder if Tony will go down in mullet history, too.