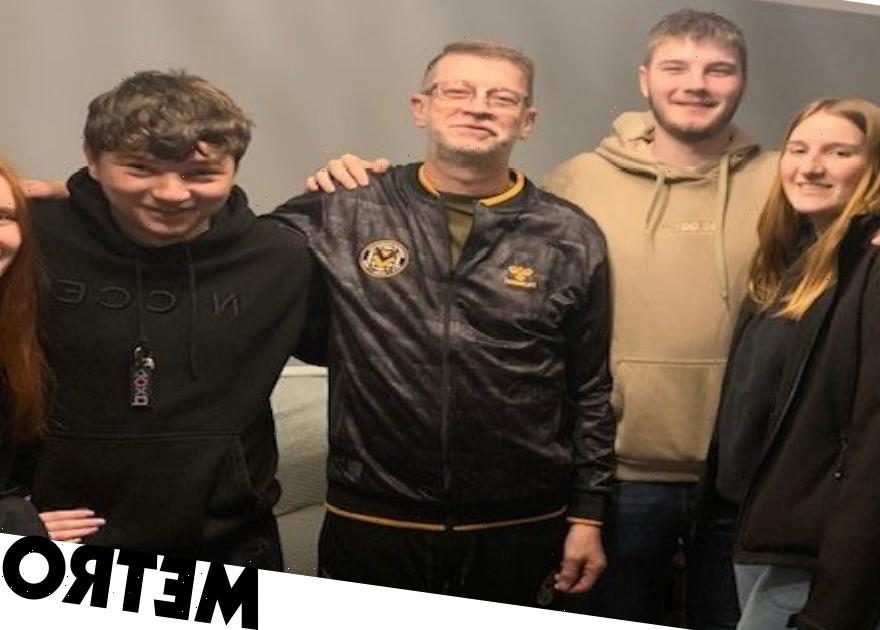 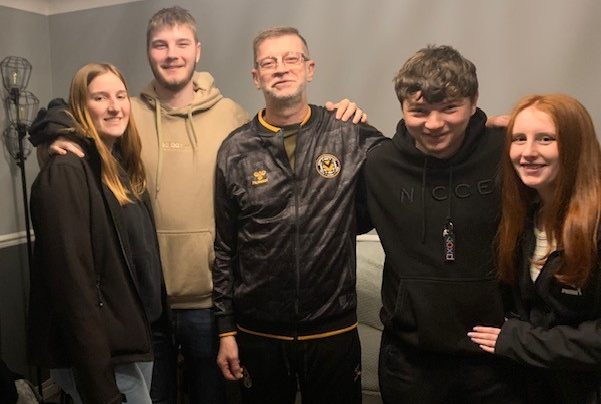 I remember laying eyes on my foster son David for the first time.

A 13-year-old boy, none of his clothes fitted properly and all of his possessions fit onto the back seat of the car.

He must have thought: ‘Here we go again, I’m soon not going to be wanted and moved on again.’ However, he stayed with us for five years, and is very much a part of our family now.

My wife Anita and I have been fostering since 2016. Though we already had three kids, it was something we’d always wanted to do. We knew there were children that had difficult childhoods and we wanted to give them the same stable, caring family life that our own children had benefited from.

So after our youngest daughter got married and moved out, we had a spare room and a loving home to offer. We talked the idea through with our children who were 16, 22 and 26 at the time, two of which still lived at home.

They were not keen on the idea at first, because they thought that young people in care can have challenging and destructive behaviour and they were worried about our safety and it upsetting the family routine.

But I made it clear to them that young people in the care system get an unfair press, and actually the majority of them go into care through no fault of their own, often having experienced neglect or abuse.

Once they understood that, and thus why we wanted to do it, they all became a part of our fostering support network.

After a thorough but professionally handled year-long application process, including a nerve-racking but welcoming panel, we became approved to foster.

We then had two short-term placements with two lovely children – aged 12 and 15. They were each with us only briefly, just a couple of weeks, but even in that time we saw them improve in terms of confidence. That was really encouraging and rewarding.

When we were expecting David – our first long term placement, in 2017, we felt very nervous and kept asking ourselves questions, such as: will he like us? Will he like the house? Will he settle in fine? We also thought about his background and how it might have affected him.

Before he came to us, he’d been in and out of foster homes and we were his last chance before going into a home for boys. All sorts of thoughts went through our minds, but our main concern was if he was going to accept us and settle into our routine with our own children. Our lives changed forever in ways we couldn’t have even imagined.

To be honest, it wasn’t easy when he first came to live with us. Due to his difficult background, he didn’t really trust us and didn’t expect to be with us long. He was shy and very quiet and stayed in his room a lot. We always had dinner at the table as a family, with no mobiles or TV, and we talked and laughed with each other about how our day went.

We may not be his birth parents, but he understands that we will always be here for him

Being a part that routine really helped David to settle in. And I found that taking David to school each day gave us some quality bonding time, a chance for just the two of us to talk and get to know each other better. That contributed to building on our relationship and strengthening his trust.

We made sure he came with us on holidays and out for dinners, cinema and family gatherings, which again strengthened his sense of belonging and being a permanent part of the family. We proved to David that we did not view fostering as just a job.

Once he knew that we were in this for the long term he started to come out of his shell, and we started to see a difference in him. He became much more confident and his school work improved a great deal. David’s school was delighted with his progress and recognised the noticeably positive impact being fostered with me and my family had on him.

And with help from the UK’s largest fostering charity TACT, my social worker Maria and his school, he has managed to turn his life around and is now a completely typical teenager with a positive outlook on life. He is a very polite and practical young man, and is looking to a future career – hopefully gaining an apprenticeship to become a carpenter.

Our three birth children have played a big role as part of a fostering family. They have been behind us all the way since we started. With their help, understanding, encouragement and advice, David has come a long way, and that is credit to them as well as his own self-determination. They have completely accepted him as one of our own.

Since he turned 18, he decided to move into independent living and is now trying to make his own way, but we still support him by taking him shopping, giving advice and buying him clothes. He comes over to our house every Thursday to do football training with myself and my son Jack and then back to ours for dinner.

We may not be his birth parents, but he understands that we will always be here for him. He knows he will be always welcome to come round for dinner – just like our own children do.

For me, fostering has at times been a bit stressful, David would occasionally threaten to leave us and would have his bag packed ready to go. We would arrange for him to talk to his social worker and then he’d say that he didn’t actually want to go.

But overall, fostering has been extremely rewarding, and I feel pride in what my family has achieved. David has learnt a lot from us over the years but he has also taught us a lot as well and we will continue to learn from each other over time.

Words cannot truly describe how being a foster dad feels. But as a foster carer, you are helping children to have a better, happier and more rewarding life in a safe environment, and you can’t put a price on that.

You can find out more about becoming a foster carer here: www.tactcare.org.uk