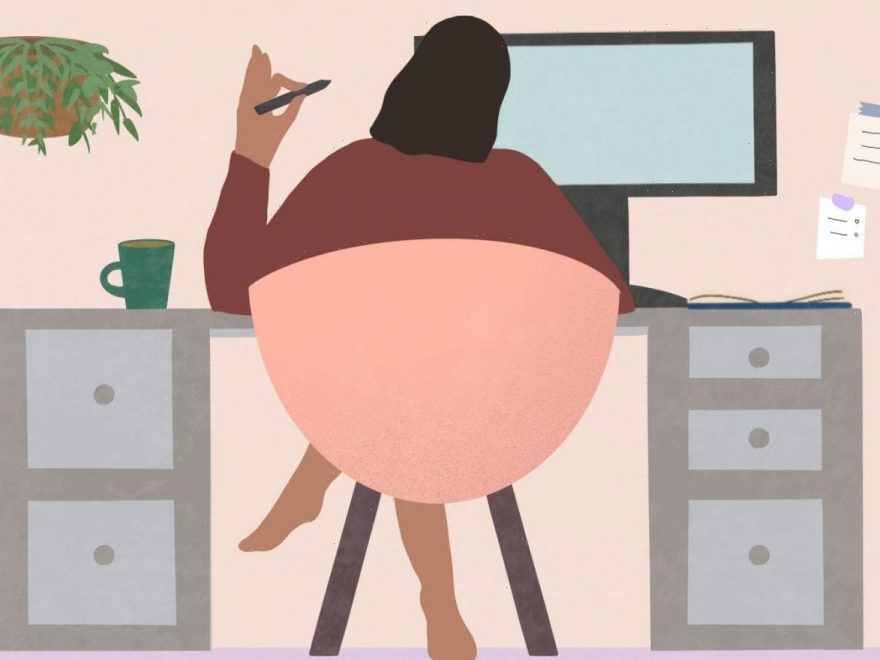 Three women share their experiences of coming face-to-face with millennial burnout, and explain how they eventually tackled their career exhaustion.

You’re likely to have heard about millennial burnout by now.

The “occupational syndrome,” as it is described by the WHO, is the result of chronic workplace stress “that has not been successfully managed,” resulting in extreme exhaustion, feelings of negativity and decreased productivity. All in all, it can also lead sufferers to develop mental health conditions, including anxiety and depression.

And the work culture of toxic overtime and the endless “side hustles” we’re expected to manage may be to blame. Do any of these scenarios sound familiar: calling to cancel dinner with a friend because a deadline is looming? Sitting down at the table on a Sunday night to get ahead with your workload before the week starts? Or what about failing to take all of your holiday entitlement because you simply have too much work to do for your boss? If so, you may be at risk of developing burnout – a situation which Paula Bellostas Muguerza, a principal at a strategy consulting firm, knows all too well.

“I was in a room on a conference call and I felt this kind of tingling sensation on the right-hand side of my face,” Bellostas Muguerza tells Stylist. “I left the room and one of my colleagues asked, ‘What’s wrong with your face?’ It had started to collapse. They thought that I was having a stroke.”

After several trips to the hospital and multiple scans later, in 2016 the doctors diagnosed her with a very rare form of migraine – believed to be caused by changes in your body’s hormones due to stress and anxiety. Now, she carries a medical device that helps with her brain function at all times.

Bellostas Muguerza is by far from the only person whose mental health has greatly suffered due to work demands. Gina Harding, a former marketing assistant from Leeds, found herself struggling when she began her first job role after completing her studies at university.

“I just didn’t have the energy at all to go into work,” Harding tells Stylist. “Even when I was at my desk I’d struggle to hold back tears, I couldn’t function. As days went on it became increasingly difficult, so when I’d get home from work I’d self-harm.”

A new study of almost 44,000 employees, conducted by Mind, found that nearly half (48%) of respondents had struggled with mental health issues such as stress, low mood and anxiety while working at their current job. Due to stigma, though, research has also found that 46% of people lie to their managers about their mental health, with many leaving it too late to admit how they’re truly feeling day-to-day in the workplace.

“I didn’t want my colleague to think any less of me or that I couldn’t cope,” Charlotte Hankin, a strategic projects senior manager, tells Stylist. Not telling her colleague that she was feeling overwhelmed with work led to a breakdown in the office in 2017, and being paralysed with fear.

“I remember I started to shake and I could hear lots of noise, but it was almost like background noise,” Hankin recalls of the moment when her boss asked her about a piece of work. “She carried on talking and I tried to respond to her but I just burst into tears.”

She continued: “I remember thinking: ‘Oh my God, she thinks I’m useless.’ I literally felt completely paralysed. I couldn’t answer her.”

Discussing our mental health with our current employers still feels taboo – with some businesses dealing with it better than others. While some extend help; others fail to understand and recognise it in their employees. As a result, a report commissioned by the government in 2017 found that 300,000 people with mental health issues lose their jobs every year, a figure that costs the UK economy up to £99 billion.

It’s a situation that Harding found herself in after discussing her mental health with her former boss.

“She didn’t believe me at first. She didn’t understand,” Harding explains. Subsequently, Harding believes her employers made it clear she was not to discuss it further in the workplace.

“I came into work one morning and they [my bosses] pulled me aside for a meeting and they said were going to have to put me on medical suspension as they didn’t think I was fit to work anymore,” Harding recalls. “They took my stuff and escorted me out of the building. Then I didn’t hear anything for about two months and that’s when they called me and told me I no longer had a job”.

Thankfully, things are changing. More people than ever are having open discussions in the office about mental health, and this is largely due to the Wellbeing in the City programme. Launched in 2018 by the Samaritans, in partnership with The Lord Mayor’s Appeal and the This Is Me campaign, the online programme aims to give employees the skills they need to manage their own emotional health – and those around them, too.

Unlike Harding, both Bellostas Muguerza and Hankin experienced great support and encouragement from their employers. However, all three women have joined forces to actively help others around them through Wellbeing in the City.

“I’ve been helping a lot of my colleagues, and they now feel they can speak up when they’re feeling stressed, and we’ve ran a couple of wellbeing days, too,” says Bellostas Muguerza.

Of course, all of this remains a work in progress as more people feel safe enough to be able to speak up in the office. “I can definitely say the culture is shifting to more people being more aware,” says Hankin. “Of course, there are people who aren’t perhaps confident to say ‘are you OK?’ to someone but I would say the attitude has definitely changed. I’m now able to say to somebody that I’m having a bad day, and I hear other people do the same.”

As more people start to talk about ‘slowing down’, these scenarios are the ones which should be taking precedence instead: not cancelling a dinner with your friend for work, enjoying Sunday evenings in front of the TV – not surrounded by a laptop and to-do list, and going on plenty of holidays. Your mental health is priority – not your career. Let’s keep talking.

You can find out more information about the Samaritans’ Wellbeing in the City programme here.

This piece was originally published in 2018