Surf’s up! ‘The Ultimate Surfer’ premieres August 23, and HL got EXCLUSIVE scoop from commentator Erin Coscarelli about the high stakes of the competition, the incredible Surf Ranch, and more.

Some of the surf world’s greatest up-and-comers will be vying for the male and female titles of the Ultimate Surfer in the new ABC competition series The Ultimate Surfer. They’ll have the opportunity to compete on the WSL World Tour, but the road to get there will not be easy.

HollywoodLife spoke EXCLUSIVELY with Erin Coscarelli, one of the main commentators, about what to expect from this surfing series. She noted these surfers are “willing to do anything to try to get the ultimate prize.” Buckle up, it’s about to get intense. Read our Q&A below. 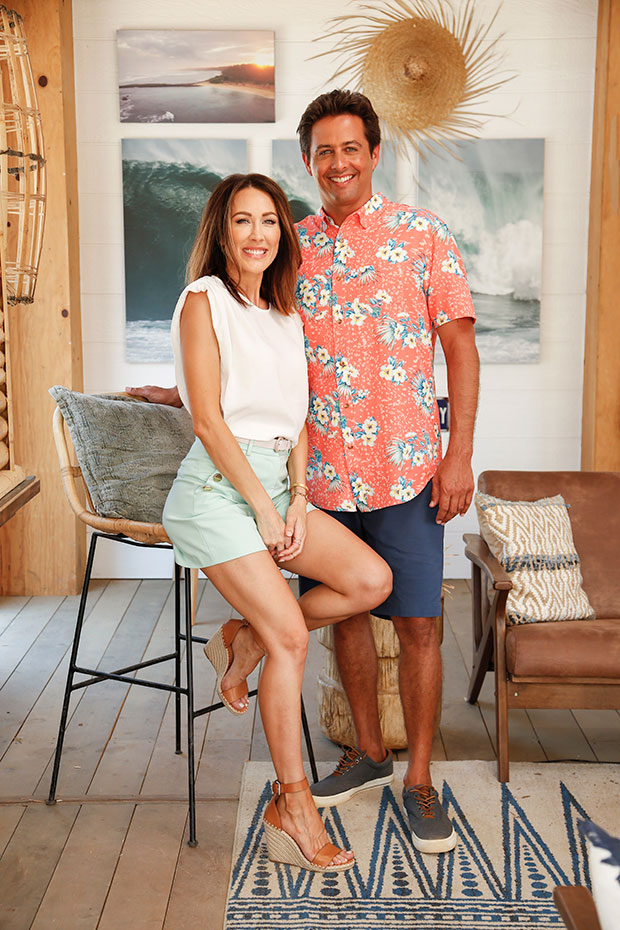 Why was The Ultimate Surfer something that you wanted to be a part of?
Erin Coscarelli: Well, it really appealed to me because I grew up in SoCal. I’m originally from Pasadena but every summer my parents would want a beach house somewhere either in San Clemente, Capo Beach, Newport, and it was the best moments of my childhood just being in the water. This opportunity came about where they needed somebody with not super extensive surf knowledge but someone that could kind of relate to what the fan is watching on TV. Hello, Kelly Slater! You jump at that opportunity. I think I am one of the cooler cousins now because I get to work with Kelly Slater. All of my cousins are big surf fans, and they surf themselves. It was funny because I think a lot of people unless you’re really immersed in the surf world, you don’t even know what the Surf Ranch is. My cousin’s like, “This is the surf Mecca.” If you’re a surfer, you go here and all of your dreams come true. It was a lot of fun, and I was very grateful that they allowed me to be a part of it.

Joe Turpel is a commentator as well. What was it like working alongside him?
Erin Coscarelli: He is the voice of surfing. Everybody who knows surfing knows who Joe is. He took me under his wing. He really helped someone who is not an expert digest surfing. He is so enthusiastic, and he is literally one of my favorite people to work with when you are in his orbit. You are gifted such a beautiful presence of just being around someone who’s a professional. He’s thoughtful and funny, too. I’ve been able to see the first episode because of the premiere that we had last week and that comes through. You really get to see Joe’s goofy nature, and those are things that I love. Don’t get me wrong, I love the storyline and sports element. I’ve been a bit of a broadcaster in sports for a really long time, but what I love more than that is getting to see behind the jersey, behind the surfboard. Who are these people really? That’s something that Joe’s really invested in too is that human element, that storyline that hopefully we see permeate through the TV and warm the hearts of many.

This was your first time at the Surf Ranch. What was your reaction to the Surf Ranch? It’s seven football fields long?!
Erin Coscarelli: It’s insane. I mean, after my jaw got picked up off of the floor and I was able to sort of gather myself, the Surf Ranch is hard to even describe. Pictures don’t do it justice. You just kind of have to be there. I think the show will actually do a good job at giving you a feel of the landscape of what it’s like. What was really interesting about the show was normally we were going to be there, and we were all slated to be in hotels and come in and out of the Surf Ranch. But because of the strict COVID protocols that ABC put into place, once you went through and you were in the Surf Ranch, you could not leave because of the concern of COVID spreading through the production. You don’t want to do something like that because then you have to shut down. It was a really interesting year last year. It literally felt like summer camp because we were living there at the ranch either in trailers, some people had tents. It was really fun.

What was your first impression of these surfers coming to compete?
Erin Coscarelli: The walls came down pretty quickly, and that’s what I hope America will see is each surfer has their own reason for being there. Whether it’s the young guy looking to gain some experience and is maybe a little in over their head, or there was a Puerto Rican who was representing his home country and was on the older side. His name is Alej Moreda. I think America is going to love him because so much of what he represents is what I feel like a lot of us have as just humans is this desire to not give up on yourself and pursue your dreams and believe in yourself. When I first got a chance to meet these surfers, it was like hearts on their sleeves. They were so excited to be there. They were the synergy behind the show. They gave all of us life because the conditions were so hard to be at the Surf Ranch. It was so hot. It was like triple digits. We all were wearing masks unless we were on a camera. Literally, Joe had to have an ice bucket. I think I have pictures of it. The surfers were great about it. I mean, the stakes and what was on the line were so great and so desirable for these amateurs to be able to get a ticket to the pro tour that they were coming in hot, pun intended. They were willing to do anything to try to get the ultimate prize in the end. 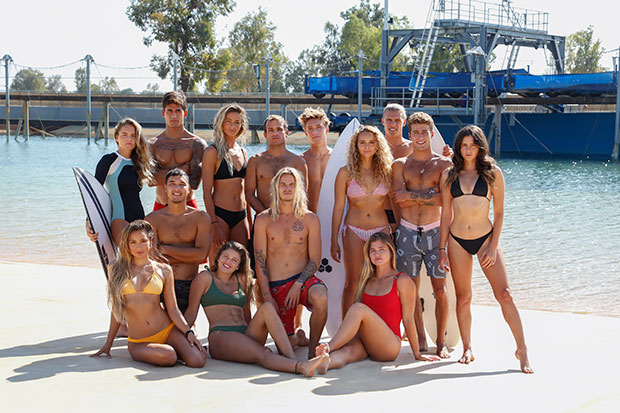 What can you tease about the competition and fans can expect from this show?
Erin Coscarelli: I think what comes with any great competition reality show is there’s really good reality because you’re in the thick of it. We have cameras literally everywhere — in the air stream, in the ocean scene, in the waves. We are capturing every make-or-break moment and because the stakes are so high, you are seeing people feel the need to pit themselves against each other. There are elements of backstabbing, which is human. We get it. You’re going to see a really beautiful aesthetic. The cinematography is amazing. Our director, Ramy Romany, is literally one of the best in the business. Something that was very important to him was to put a GoPro on every angle so you could see what it’s really like to be on a wave because we want to not just cater to the surf expert, we want to cater to someone that doesn’t know anything about surfing. I think you will see a totally immersive experience unlike anything you’ve seen. There is not a reality show rooted in surfing, so it’s one-of-a-kind. You’re going to get really great reality. You’re going to love and maybe hate some of these players, but I think you’ll get sucked in because the drama and the stakes are so freakin’ good.