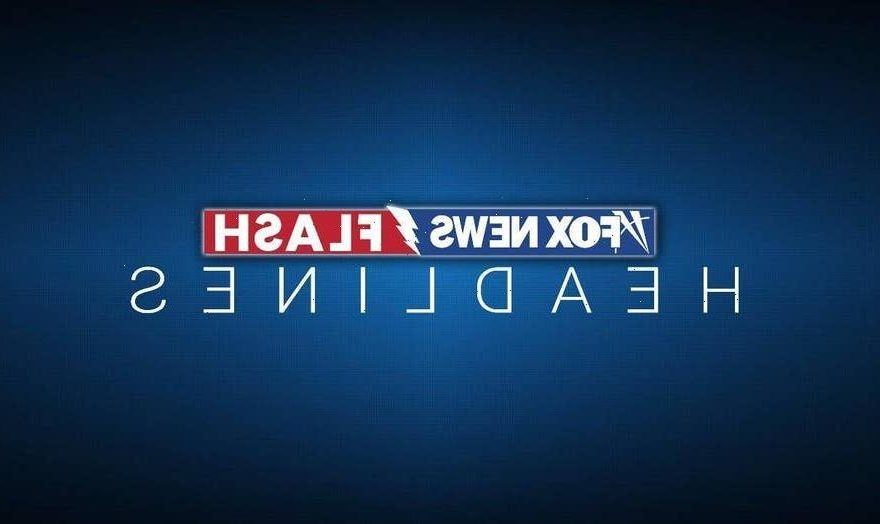 This 10-year-old chess prodigy has dreams of becoming the youngest grandmaster.

Tanitoluwa “Tani” Adewumi, a Nigerian refugee, was homeless living in a New York City shelter when his family came to the U.S. in 2017. He learned how to play his first game of chess in public school. 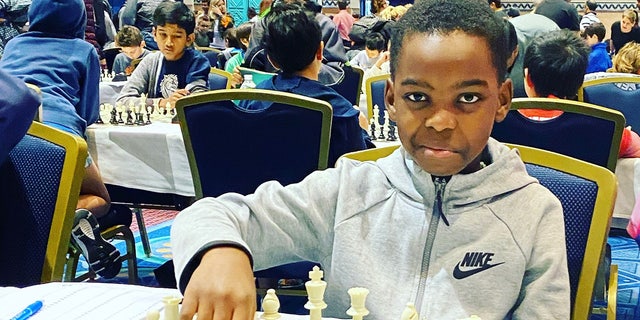 Tani said he learned to play chess from a teacher at his school, Manhattan PS 116. He would practice with his brother and asked his parents if he could join the school’s chess club.

A teacher saw Tani’s potential and waived the club’s fees when Tani’s family was unable to afford them. When Tani was 8, he won the New York State chess championship for his age bracket in 2019. On May 1, he achieved the title of chess master – making him the 28th person in the country to win the ranking, according to the U.S. Chess Federation.

“I was really happy, Tani said. “I really wanted to win a trophy.”

Tani displayed his trophies in the homeless shelter where he and his family lived after leaving Nigeria. Tani’s father, Kayode Adewumi, told Fox News that they fled the West African country amid terrorist attacks.

Tani said he now practices up to 10 hours per day with his chess coach. During the pandemic, he would play chess online on his father’s laptop. 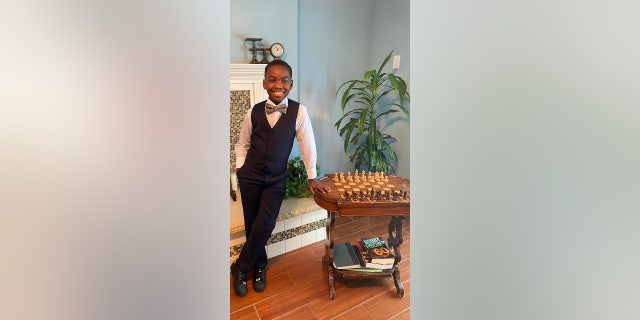 “My goal is to become the youngest grandmaster,” Tani said, explaining that he’s aiming for a 2900 rating to beat the highest rating in the world, 2882 held by Magnus Carlsen.

The soft-spoken, child chess prodigy penned his own book, “My Name Is Tani … and I Believe in Miracles,” which is being adapted for the big screen from Paramount, according to Deadline.

Tani said he and his family have received an outpouring of support from friends and fans cheering him on, and the stardom has only motivated him to keep achieving his goals.

“I always have to stay humble,” he said. 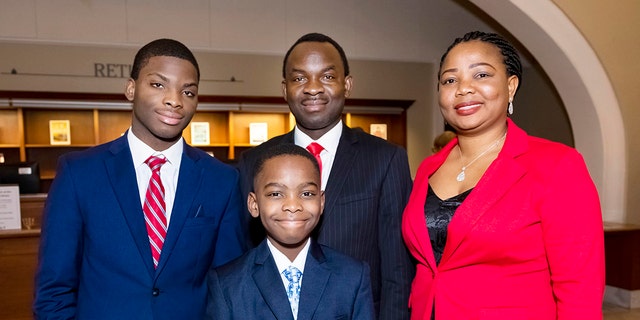 Tani and his family.
(Allison Carter)

Tani became nationally recognized after winning the New York State chess championship. A GoFundMe page was set up in honor of Tani’s family that raised more than $254,000 allowing his family to find a new home.

But some challenges remain. The family’s asylum request is not scheduled until June 2022, Adewumi said, so Tani and his family are unable to travel outside of the country for his upcoming chess competitions.

“That’s the obstacle. We don’t have a green card to travel,” Adewumi said.

Tani will start sixth grade in the fall. In addition to achieving his chess goals, Tani said he also has dreams of becoming a pilot when he’s older.