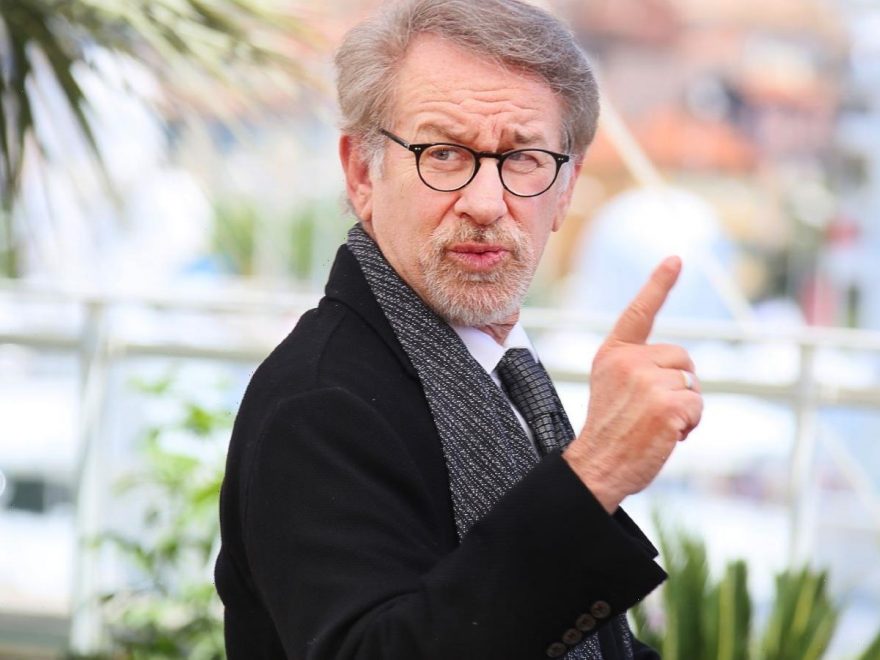 Hailing from Ohio, Steven Spielberg was only a teenager when he began creating short films and would charge children to watch his creations. His first film Firelight was released in a local theater, but it wasn’t until Spielberg worked as an unpaid intern with Universal Studios that he learned about editing and directing. Became the youngest person to sign a directing contract with a studio and made the first ever blockbuster summer movie with the 1975 classic Jaws. His creation of the Indiana Jones series and the release of ET earned him worldwide credibility. He has won 3 Oscars for his work and several notable accolades.

Steven Spielberg earned a fortune from directing/screenwriting, and his production company made back-end profits for each release. The filmmaker has spent much fortune buying lavish homes, traveling the world, and giving to the needy. Let’s look at how Steven Spielberg earns and spends his millions.

Steven Spielberg has an extensive portfolio of movies directed by him. Since his breakthrough with Jaws, he has achieved mainstream success in multiple films, including ET, Twilight Zone: The Movie, The Color Purple, Schindler’s List, Minority Report, Catch Me If You Can, and many more. According to Cheat Sheet, Spielberg commands a $10 million upfront salary to direct a movie apart from the back-end profits as a producer.

The director is always known to fly in style and owns a lavish Gulfstream G650 private aviation for his long-distance travels. The starting price of the Gulfstream plane is $65 million, and Spielberg has customized the jet as per his preference. In 2022, he took more than 16 trips worldwide and consumed fuel worth over $116,159.

Steven Spielberg-produced movies have produced over $10 billion at the box office, making him the top-grossing filmmaker/director in Hollywood. As a co-founder of DreamWorks Pictures, he has collected millions from back-end profits. The 1993 classic Jurassic Park earned him $250 million, and he made $150 million and $75 million from the subsequent sequels. The Indiana Jones series has also earned him millions from box office profits.

Steven Spielberg made his first real estate purchases in Los Angeles by buying a beach house in Malibu and a bachelor pad in Coldwater Canyon, as noted by Architectural Digest. His biggest purchase occurred in 1985 when he bought a Pacific Palisades stucco mansion and an East Hampton home in 2008 for $20 million. His other notable real estate properties include a Quelle Barn guest house, a $35 million Malibu Compound, and a San Remo apartment.

Spielberg runs a successful business empire and has also become a consultant to Universal Pictures International in Japan, Florida, and Hollywood. For offering his ideas and creative strategies, he has a $30 million annual fee. After Comcast Corporation earned an ownership interest in his studio, Spielberg was paid $1 billion for his movie catalog.

Constructed by shipbuilding company Oceanco, Steven Speilberg’s luxury yacht Seven Seas first set sail in 2010. Worth over $160 million, the yacht had a capacity of accommodating 20 guests and 28 crew members on board. Spielberg and his family were often seen cruising the world in his yacht, including arriving in France for the Cannes Film Festival and flitting off to Antigua and Barbuda.

Steven Spielberg’s love for video games dates back to the 1980s when he often spent his free time indulging in a round of Tempest or Ready Player One. As mentioned by Entertainment Tonight, he made a living out of his passion by collaborating with Electronic Arts to design a series of games, including the infamous ET. Spielberg also helped develop the game Medal Of Honor and was deeply involved in the creative process of EA’s Boom Box.

Steven Spielberg has a reasonably modest car collection compared to his real estate and luxury yacht. He owns a classic Chrysler 300C worth $32,000, first launched in 2004. The director went electric and purchased a $129,000 Tesla Model S for his everyday travels. The most expensive car in his collection is an Aston Martin DB9 Volante which cost him $213,000.

While most of his earnings come from movie profits and direction, Steven Spielberg is also a talented writer known for creating scripts and story concepts for various of his iconic movies. Some of his screenwriting projects include Poltergeist, Close Encounters of the Third Kind, The Goonies, and Firelight.

An avid philanthropist, Steven Spielberg co-founded the Righteous Persons Foundation and supported organizations with a $100 million grant. In 2021, he donated $2 million to groups fighting against economic and social justice. The director has also given $1 million to various humanitarian organizations in Ukraine fighting the war against Russia in 2022, as stated by Variety.

Interestingly, Steven Spielberg also made a 2.5% profit from the Star Wars series as he made a friendly bet with George Lucas to trade back-end profits to see which performed well at the box office. The deal became a profitable gamble for the director. After the success of West Side Story in 2021, Steven Spielberg will return with The Fabelmans in November 2022.

READ NEXT: 10 Tweets That Costed Celebrities’ Losses Worth Millions