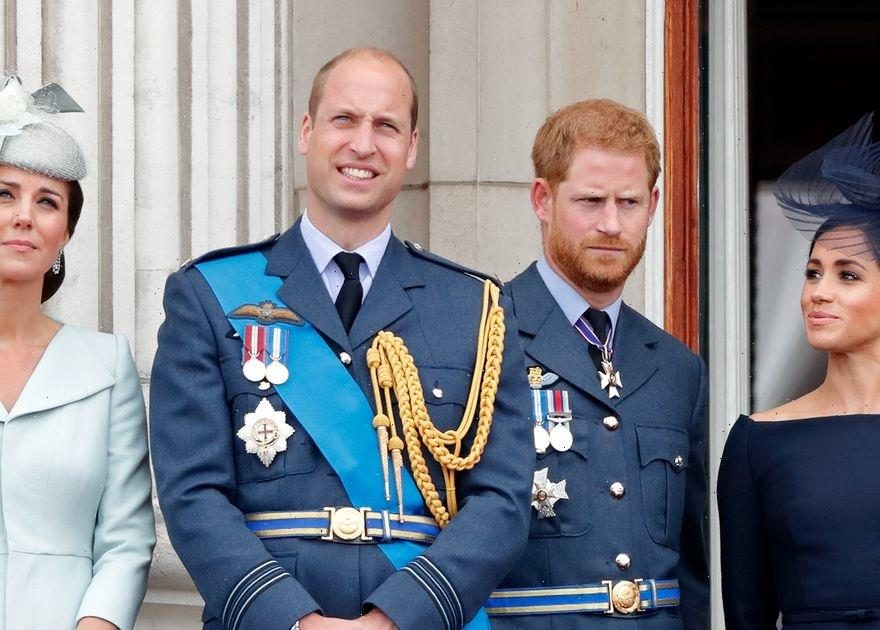 Tattoos and piercings don’t instantly spring to mind when considering the aesthetic of the royal family.

The likes of Kate Middleton and Meghan Markle typically opt for a traditionally chic and elegant style free from body art.

However, you might be surprised to learn that there are some members of the Windsor family who have undergone body modifications while others even have rarely seen tattoos.

The first royal to be inked was King Edward VII in 1862 who had a Jerusalem Cross tattooed on his arm during a visit to the Holy Land.

The Queen’s grandfather then followed suit getting tattooed in Japan.

The Prince was just 16 when he got a tattoo of a dragon and a tiger on each of his arms to remember his time there. Three generations later and Prince William was reportedly keen to get a tattoo similar to David Beckham.

The insider told The Sun: “Lots of the guys onboard sport tattoos [and] it was obvious William was fascinated. He asked how painful it was and wanted to know what they thought of his idea for a tattoo across his shoulders."

The source went on to say that Prince William was inspired by a particular sporting legend. "We didn't think he was serious – but he said he was keen to get a large tattoo like the one David Beckham has," he said. However, it was reported to be Kate Middleton who discouraged her then-boyfriend against his decision to get inked.

While Kate herself adheres to royal protocol and sports just a stud in each ear, other female royals have broken the mould by going a little further.

As a teenager, the Queen’s granddaughter Zara Tindall sported a tongue piercing. The young royal revealed the stud to the royal family at Prince Charles 50th birthday party in 1995 – having reportedly had the piercing put in while at boarding school.

While Lady Amelia Windsor, the granddaughter of the Queen’s cousin, Prince Edward, Duke of Kent has piercings and a tattoo.

The 25-year-old socialite has shown off her tattoos on more than one occasion, revealing an inking on her rib cage, each wrist and a tiger on her shoulder blade.