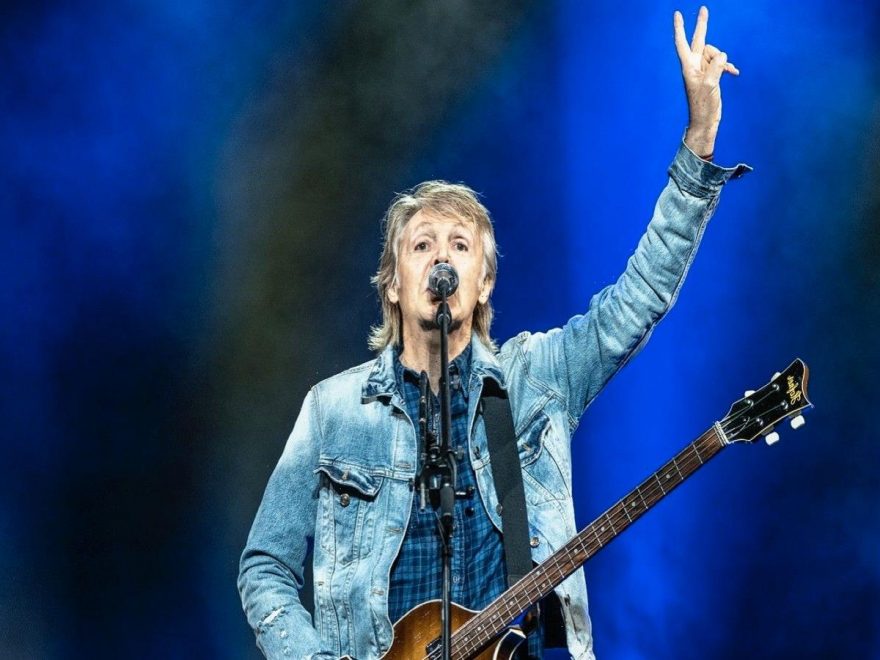 With a net worth of $1.2 billion today, the Yesterday composer is known to be incredibly frugal with his earnings, a surprise to those of us who wish we had a fraction of McCartney’s bank account. However, growing up in Liverpool, England during a time in which no one had a ton of cash, McCartney learned to save, cherish and care for the items he did own.

Despite have a preservation instinct, one thing is for sure, the famous left-handed bass player has no problem separating from the dollar when it comes to helping others, even telling the New York Times, “One of the great things now about money is what you can do with it. Family and friends, if they have a medical problem, I can just say ‘I’ll help’. The nicest thing about having money is you can help people with it.”

Check out the ways in which the 80-year-old superstar spends his billions.

According to Celebrity Net Worth, McCartney owns at least $100 million worth of real estate all over the world. He owns a townhouse in New York City, overlooking the Museum of Modern Art, a mansion in East Hampton, Long Island and another penthouse in Manhattan.

You can find McCartney visiting his Beverly Hills mansion with an estimated worth of $4 million and a 190-acre property just outside Tucson, AZ. A quick jump across the pond and fans will find at least six other properties in the United Kingdom, including a 1,500-acre estate in East Sussex and a country estate in Scotland.

7 Buying Back the Beatles Catalog

Though the Love Me Do star is careful with his money, up until 2018, he didn’t own the Beatles music catalog. The King of Pop, Michael Jackson purchased the catalog in 1985 for $47 million and after a 50-year legal battle, McCartney finally gained ownership of his work less than a decade ago.

RELATED: Becoming A Beatle: Here’s How Ringo Starr Became The Richest Drummer In The World

The musical genius is not afraid to invest in businesses he’s sees worthy. Back in 2014, McCartney invested $27 million in Jaunt, a software developing firm.

5 A Love for Cars

Historically, McCartney has had a love for Aston Martin’s. He’s owned a DB5 and a 1966 DB6, even requesting the car equipped with a reel-to-reel tape recorder versus a record player according to Hot Cars. This change allowed him to record song ideas while driving.

The star has owned a 1966 Austin Healy 3000, the Lamborghini 400GT and a 1955 Land Rover Series I 86 Station Wagon. Today, it’s reported McCartney splits his time between a 2003 convertible Chevrolet C5 Corvette and the Lexus LS 600h, given to him as a gift from Lexus on his 65th birthday.

It makes sense that the one of the greatest musicians of all time would also have a very cool collection of instruments. He plays drums, piano and keyboard, but the famous bass player has an affinity for guitars. Of course, his Hofner Bass is perhaps most well known as the primary instrument we’ve seen in music videos and live performances, but he also owns several Gibson’s, a Framus Zenith Model 17 and an Epiphone Texan FT-79 Acoustic.

The Epiphone Casino is one of his favorites because according to McCartney, the instrument gives him the feedback he’s looking for in songs like Taxman and Paperback Writer. The Casino had to be modified and restrung for a left-handed player when he bought it back in the 60’s.

McCartney married animal rights activist Linda Eastman in 1969 and the pair had four children. Linda passed in 1998 and McCartney remarried to Heather Mills in 2002, resulting in a fifth child for the Beatle’s member. While the youngest is just 19, McCartney has watched his four older children achieve much in their careers, including fashion designer, Stella McCartney. All of those tuition bills, first cars, art and music lessons certainly cost a pretty penny.

In 2020, McCartney reportedly supported 45 charities with his large bank, including Adopt-A-Minefield, Cruelty-Free International, Greenpeace, Red Cross and to a variety of children’s charities. PETA received more than $1 million from donations from McCartney alone.

The long-time vegetarian and staunch supporter for PETA has also raised funds through benefit concerts from year to year. For example, McCartney played at a fundraiser for Teenage Cancer Trust and raised $382 million for the organization. In addition, he performed at the One World: Together at Home Benefit Concert as the pandemic began effecting the world.