The one lesson I’ve learned from life: Strictly’s Aljaz Skorjanec says the shortcut is the longest way

Aljaz Skorjanec, 30, is a dancer from Slovenia, best known in the UK for his appearances on Strictly, which he joined in 2013, the year he won the famous glitterball with model Abbey Clancy. He is married to fellow professional, Janette Manrara.

I’ve been dancing since I was five. I can’t remember a time when I didn’t want to be a dancer. I grew up in a small town in Slovenia an hour-and-a-half’s drive from the capital, Ljubljana. As soon as my parents saw that I was serious about my ambition, my father, Srecko, would drive me there after school to dancing lessons every other day and then wait hours before driving me home again. It’s a sacrifice that I’ve never forgotten.

My mother, Natasa, was equally supportive of my ambition. She was a great believer in discipline and dedication. Her favourite saying was: ‘The shortcut is the longest way.’ What she meant by that is that there’s no substitute for doing things properly and thoroughly. It’s something I took to my heart. In fact, I had her maxim tattooed onto my left upper forearm. 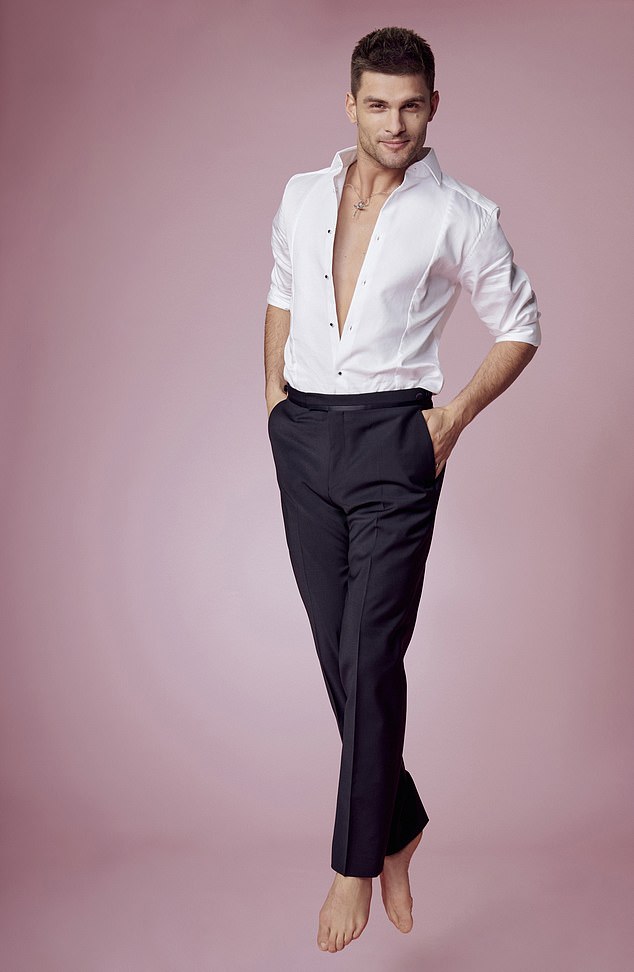 Aljaz Skorjanec, 30, (pictured) from Slovenia, reveals how his mother’s favourite saying has impacted his life

My wife, Janette, and I love to perform, but we’re just as keen on rehearsing because that’s when you perfect a routine. She’s good with concepts and ideas; I’m good at making the steps work.

One of the things I love about Strictly is that it’s always evolving. This year we saw ex-boxer Nicola Adams dancing with another woman. I regard that as real progress.

The first time I appeared in the Blackpool Junior Dance Festival — I was about 11 — there were two girls who won every award going. They were incredible.

Janette and I both realise that dancing at this level will come to an end one day. Eventually, our faces may not fit anymore or our bodies will start objecting to the demands we make on them. But it’s great while it lasts.

Until then, we’ll give it our best with discipline and dedication, as my mother drilled into me.

Aljaz, along with Pasha Kovalev, Graziano Di Prima, Robin Windsor and Karim Zeroual, plus Janette Manrara and Nadiya Bychkova, plan to appear in Here Come The Boys for a ten-week season at London’s Garrick Theatre from the beginning of March.

UK lockdown IS working as new graphs show Covid cases are dropping rapidly
We and our partners use cookies on this site to improve our service, perform analytics, personalize advertising, measure advertising performance, and remember website preferences.Ok