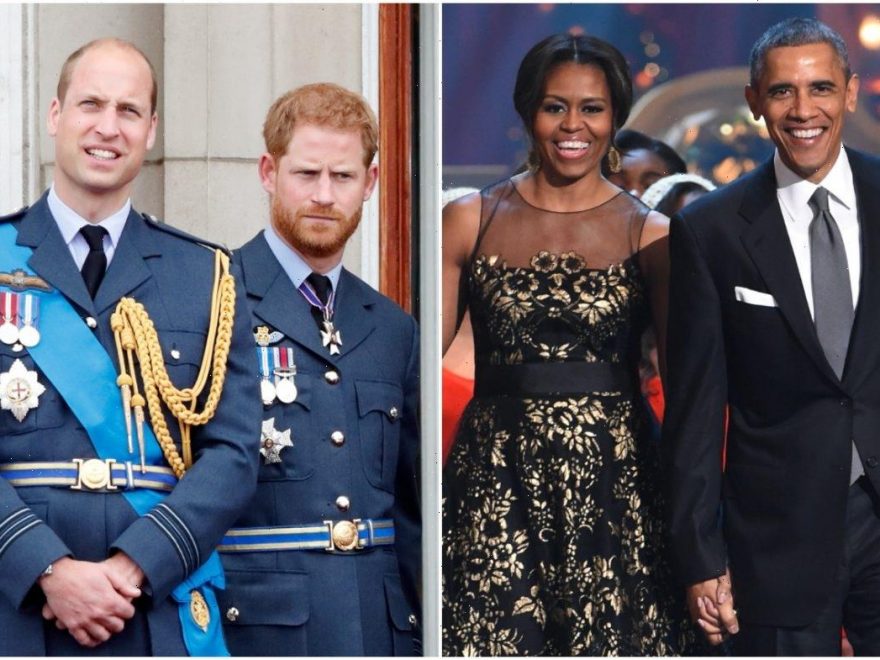 Prince Harry and his brother, Prince William, have been growing apart these past few years. The two of them are reportedly not on good terms at the moment.

This leads many fans to wonder which side their celebrity pals might choose. Barack and Michelle Obama are one couple who would allegedly side with William, according to a royal expert.

The Obamas’ history with the royal family

Ever since Barack Obama became president, the Obamas have had a good relationship with the royal family.

For example, in 2009, the Obamas visited Queen Elizabeth and Prince Philip at Buckingham Palace. The royal and presidential couples seemed to get along very well. Barack even said Her Majesty was “one of my favorite people.”

The Obamas also became chummy with William and Harry. In 2016, Barack and Michelle visited Kensington Palace and met with William, Harry, Catherine, Duchess of Cambridge, and Prince George.

Michelle has also worked with Harry to promote the Invictus Games for military veterans. Additionally, in 2017, Harry interviewed Barack for BBC Radio 4.

The Obamas would side with Prince William over Prince Harry, royal expert says

The Obamas have not publicly declared support for anyone amid the royal rift, but royal expert Angela Levin believes Barack and Michelle would choose William over Harry. This is because, according to Levin, “the Obamas are also close to Prince William and his family.”

“Who can forget that night in 2016 when they went to dinner with William and Catherine at their home and met Prince George, then three, who was in his dressing gown?” Levin wrote for The Sun. “I’m sure that if they say we can only deal with one brother and his wife — you cannot have both because they are so far apart now — they will go towards William.”

Levin also clarified that the Obamas allegedly do not dislike Harry, saying, “The Obamas clearly always regarded Harry highly, but I am sure they can see through Meghan. They may stay around, but they won’t be as pally as they once were.”

Michelle Obama may have shaded Prince Harry and Meghan Markle

In March 2021, CBS aired an explosive interview Harry and Meghan did with Oprah Winfrey. During the interview, the couple publicly criticized the royal family and said they were mistreated in various ways.

Afterward, Michelle shared her thoughts with Today. When host Jenna Bush Hager asked the former First Lady what went through her mind as she watched the interview, Michelle said, “Public service it’s a bright, sharp, hot spotlight and most people don’t understand it nor should they. The thing that I always keep in mind is that none of this is about us, in public service, it’s about the people that we serve. I always try to push the light back out and focus it on the folks that we’re actually here to serve.”

According to the Daily Mail, this was a “thinly-veiled swipe” at the Sussexes. Before the interview aired, Harry and Meghan released a statement saying, “We can all live a life of service. Service is universal.”