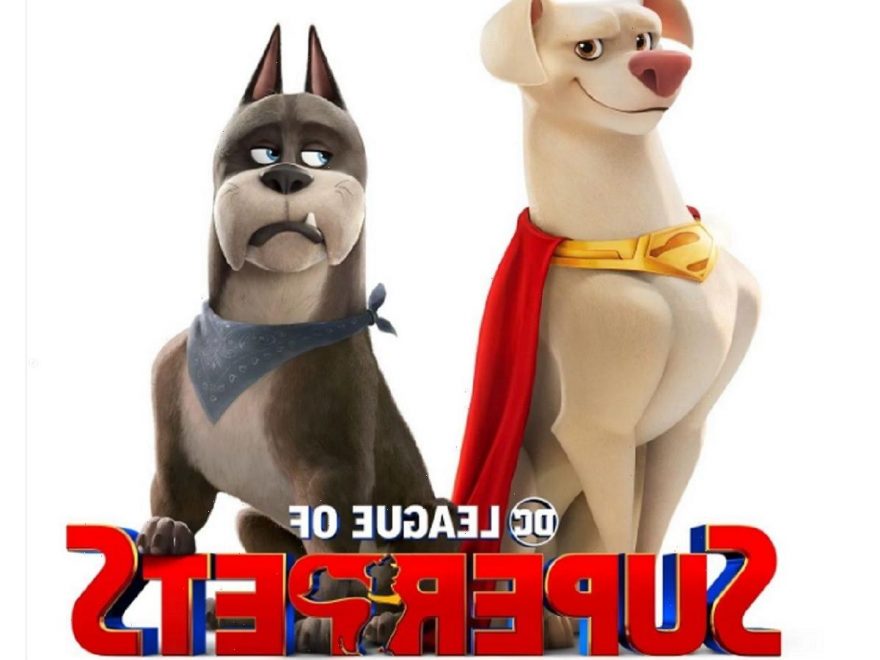 Based on the DC Comics superhero team Legion of Super-Pets, DC League of Super-Pets is a 2022 American 3D computer-animated superhero comedy film made by Warner Animation Group. The plot centers on Krypto the Super Dog and Superman as inseparable best friends who combat crime together in Metropolis while using their shared talents. When the Man of Steel and the other members of the Justice League are taken hostage, Krypto must convince a motley crew of animals to harness their newly discovered abilities to carry out a rescue operation.

Jared Stern co-wrote the script with John Whittington and made his theatrical directorial debut with this movie.The movie had its Los Angeles premiere on July 27, 2022, and Warner Bros. Pictures planned to distribute it theatrically in the US on July 29, 2022. Critics gave it largely favorable reviews. Not that the intended audience will be familiar with all the major stars lined up for this all-out effort. The voice casts are listed in order of their net worth.

RELATED: The Net Worth Of The Cast Of ‘Only Murders In The Building’, Ranked

Jameela Jamil portrays the role of Diana Prince / Wonder Woman. She is a warrior princess from Themyscira who later on became the owner of PB. Jamil currently has a net worth of $3 million and has an estimated salary of $100,000 per year. The English comedian, actress, presenter, and activist Jameela Alia Jamil began her career in the industry on Channel 4. She began as a host of the culture series culture series which lasted from 2009 until 2012.

American actress, comedian, and writer Vanessa Bayer has a $4 million fortune. Her voice is utilized to play PB, a potbellied pig with scale-altering abilities. Later, she is adopted as Wonder Woman’s pet. She has been a Saturday Night Live member from 2010 to 2017. Bayer is best recognized for her Emmy-nominated work. From 2013 to 2015, she also wrote and performed in the online series Sound Advice. In addition to the television series Portlandia (2014–2017), Will & Grace (2018–2020), and Brooklyn Nine-Nine.Vanessa has more than 40 acting careers to her name.

Natasha Lyonne plays Merton McSnurtle, a Red-eared slider with incredible speed, in the movie Terrific Whatzit. Later on, she becomes Flash’s pet. This $5 million-wealthy American director, writer, producer, and actress. First-grader Lyonne started modeling before making her acting debut in 1986 with a part in Pee-wee’s Playhouse. She later went on to appear in more than 100 films and television shows, including Slums of Beverly Hills (1998), American Pie (1999), But I’m a Cheerleader (1999), Scary Movie 2 (2002), New Girl (2011), and Weeds (2012).

In the film, Kate McKinnon plays Lulu’s nasty, hairless guinea pig. She is an American comedian and actress who rose to fame at SNL  has a $9 million net worth. McKinnon has gained notoriety over the years for her appearances on numerous sketch shows, where the American actress frequently makes funny impressions of well-known personalities. Kate came to Saturday Night Live after becoming well-known on The Big Gay Sketch Show, where she is still performing as of 2020. At SNL, McKinnon rapidly won over the audience’s favor.

Superman, a Kryptonian superhero who defends Metropolis and Krypto’s owner, is played by John Krasinski as Kal-El/Clark Kent/Superman. An American actor, writer, and director named John Krasinski are worth $80 million. His wife, the actress Emily Blunt, and he have a joint net worth. Their combined wealth is roughly equally attributed, with John having a marginally more significant part.

Ace/Bat-Hound, a boxer with tremendous strength and invulnerability, was played by Kevin Darnell Hart. Later on, he becomes Batman’s dog. The actor and comedian who made numerous films in Hollywood has made his fortune from his successful stand-up comedy career. He is worth $120 million in total. One of the tops paid comedians in the world right now is Kevin. For instance, Kevin made $90 million between August 2015 and August 2016 through touring, movie roles, merchandising, sponsorships, and other activities.

Canadian actor, director, producer, and musician Keanu Charles Reeves has a $360 million fortune. Reeves was identified as providing the voice of Batman in the film. His more than three-decades-long acting career, which began in 1985, is what most people remember him for. He became very famous for his starring role performances in several blockbuster films. With the triumph of the 1994 action movie Speed, which won two Academy Awards and made a combined $350.5 million at the domestic and international box office, Reeves was catapulted into A-list stardom.

The Rock, also known as Dwayne Johnson, is an American actor, businessman, and former professional wrestler with a net worth of $800 million. Krypto, Bark Kent, and Superdog, a Kryptonian Labrador Retriever and Superman’s dog, are voiced by Dwayne Johnson who had secured the most lucrative brand endorsements. His net worth includes what we estimate to be The Rock’s 30–40% ownership stake in Teremana Tequila, which is currently valued at a cautious $2 billion. The Rock could theoretically earn more than $1 billion from the tequila company. The Rock is among the world’s highest-paid entertainers outside of tequila. He generates at least $100 million annually from several film and endorsement projects.

READ NEXT: The Net Worth Of The Cast Of ‘The Gray Man’, Ranked