EXCLUSIVE: London’s Blackbox Media and Latin American firm EO Media have paired up to develop a drama series based on a novel about the origins of famed Spanish video game company Dinamic Software.

Del Vas wrote the novel in association with the Ruiz brothers, who as teenagers created a video game empire from their parents’ home in the early 1980s as Spanish tech companies began to boom internationally, before it crashed into bankruptcy. Del Vas spent ten years researching his book and interviewing those involved with creating Dinamic.

The 1980s became known as ‘the Golden Era of Spanish Software,’ with Dinamic’s rise occurred alongside Spain’s colourful ‘Movida Madrileña’ counter-cultural movement that began following the death of dictator Francisco Franco in 1975.

The series, which Blackbox and EO describe as “greater than fiction,” will show how the Ruiz brothers opened the door for the era of video game and software innovation in the country. It will explore brotherhood and rivalry, love and treason and is billed as “a combination of We Crashed meets The Wolf of Wall Street meets Silicon Valley meets the family melodrama of Luis Miguel La Series,” according to the producers.

Olivares will work closely with co-writers Pablo Lara and Bruno Teixidor (The Cosmonaut: Transmedia Experience) to develop the show. Lara worked as a writer on El Ministerio del Tiempo, while co-producers Blackbox and EO previously worked together to develop Luis Sepulveda’s novel Diary of a Sentimental Killer into a series. 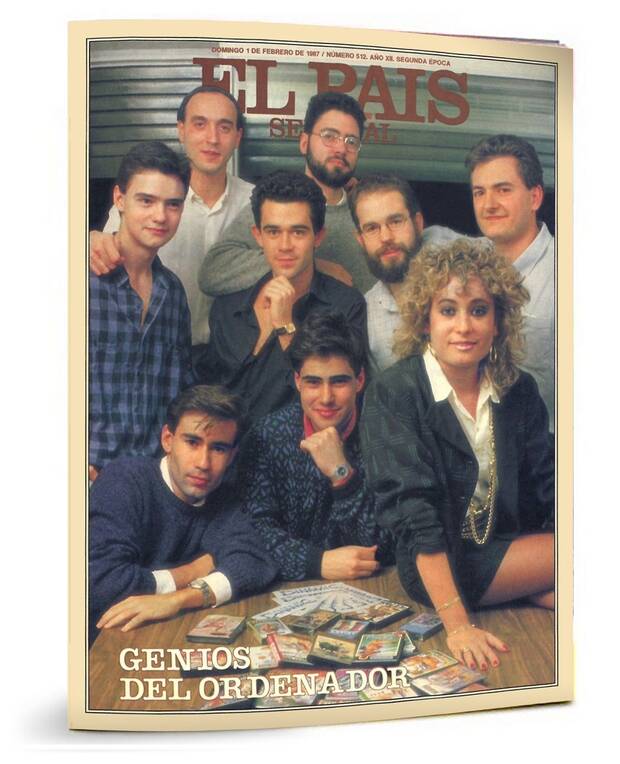 Ezequiel Olzanski, CEO of EO Media said: “We found a story that appears to be out of a movie, out of Hollywood, or of Silicon Valley, but it isn’t. It is real and happened right here, in Spain, in the 80s, in the middle of the crazy ‘Movida Madrileña.’”

Argentina-based Olzanski, a former Gaumont and Endemol exec for Latin America, told Deadline the writers and producers were working with the three Ruiz brothers on mapping the series and added the story could stretch to multiple seasons, following the siblings lives at different stages.

Javier Olivares, Showrunner and Executive Producer said: “Dinamic means talking about the Spain of the 80s, when I was young. When many of us refused to accept that Madrid was a black and white city, while London and New York were pure technicolour. It is to show the creativity that spoke and speaks Spanish to the whole world. Without complexes and with pride.”

Giuliano Papadia, CEO and Creative Director of BlackBox said: “We could not wish for anyone other than Javier, Pablo, and Bruno, to be bringing to life a story we know will fascinate generations of TV audiences and video-game fans. We are confident this will be a Spanish and global hit.”