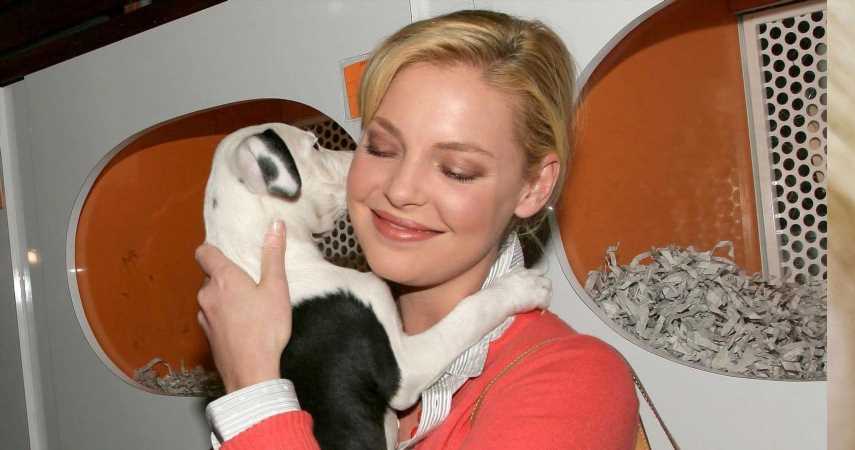 Katherine Heigl is one of those celebrities that has experienced stardom since she was a child. The story of how she started and grew her millions is indeed noteworthy.

Katherine Marie Heigl started in show business as a child. One of the main works she is remembered for is her role as Dr. Izzie Stevens in the television show ‘Grey’s Anatomy.’ Alongside which she has also had some big-screen hits and has tried out different film genres. Moreover, Heigl has not just charmed the audiences with her acting skills, and she is also a producer.

How Katherine Heigl rose to fame and built her million-dollar empire is genuinely inspiring.

Katherine Marie Heigl was born in Washington DC in 1978, but she mostly grew up in New Canaan, Connecticut. Katherine grew up a Mormon because of a tragic event that occurred in her early life. One of her siblings, Jason, passed away in 1986 in a devastating car accident which caused Paul, Heigl’s father, to find solace in Mormonism instead of Catholicism. As a result, Katherine grew up in the same faith.

Katherine began her career as a model at the age of 9. According to IMDB, she started with Wilhelmina Models after her aunt sent them her photo for a hair product advertisement. Soon after, she began appearing in magazines and on Sears and Lord & Taylor catalogs. This paved the way for her to take a step further and foray into her acting career.

She got accustomed to shooting in films while missing days of school. Soon after her parents split up, Katherine’s mother was diagnosed with cancer. After having battled cancer through chemotherapy, Nancy Heigl recovered and eventually became her daughter’s manager. She moved to Los Angeles with her mother and continued with high school there.

The Beginning Her Acting Career

The first-ever movie that Katherine Heigl acted in was ‘That Night’ in 1992. Her next performance came in 1993 with the movie ‘King of the Hill.’ After that, Katherine started bagging movie deals consecutively – in 1994, and she co-starred with Gérard Depardieu in ‘My Father the Hero.’ This was one of her first breakthroughs in acting as it earned her a nomination for the Young Artist Award. Even as a young actress, Heigl performed flawlessly in her roles on the big screen.

Her next success was when she acted in a blockbuster movie titled Under Siege 2: Dark Territory in 1995, which grossed over $105 million at the box office, as stated by Celebrity Net Worth. Amidst television movies, she has acted in ‘Wish Upon a Star’ that came out in 1996 and ‘The Tempest’ released in 1998. Furthermore, she experimented with the horror genre with the 1998 television movie ‘Bride of Chucky.’

Her performance in the science fiction genre was when she starred in the television vision show ‘Roswell.’ This performance was particularly crucial to Heigl’s celebrity star status as she played the role of an alien-human hybrid and her extraordinary performance earned her nominations for the Teen Choice Awards and the Saturn Awards. After which, she also acted in movies like ‘100 Girls’ and ‘Valentine.’ In 2003, Katherine became part of several cinematic projects like ‘Critical Assembly,’ ‘Love Comes Softly,’ ‘Evil Never Dies,’ ‘Descendant,’ and ‘Wuthering Heights.’

In 2005, the actress bagged a role that she would be remembered for in the future – the part of Dr. Isobel Stevens on the well-known medical drama series titled ‘Grey’s Anatomy.’ It was received quite well by viewers and critics, but ‘Grey’s Anatomy’ was not the only thing helping Heigl earn some fancy bucks back in 2005. She also acted in movies like ‘Knocked Up’ and rom coms such as ‘27 Dresses’ and ‘The Ugly Truth.’

Heigl’s Earnings and Achievements In Life

Katherine started earning awards, accolades, and nominations when she stepped into the Hollywood industry at a tender age. But the year 2005 was particularly eventful in her life. It landed her the most memorable role of her life in the show ‘Grey’s Anatomy,’ which also won her an Emmy award for the best supporting role in 2007, as stated by Britannica. Moreover, the movies she acted in were all significant hits at the box office, helping her achieve millionaire status.

The movie ‘Knocked Up’ grossed over $219.9 million, whereas the rom coms ‘27 Dresses’ and ‘The Ugly Truth’ grossed over $162 million and $205.3 million, respectively. In the latter stages of her career, the actress was in a thriller called ‘Unforgettable’ released in 2017. Again, she played an intense role of a woman terrorizing her ex’s fiancée.

Katherine has had her career graph rising with every performance. For movies like ‘27 Dresses’ and ‘The Ugly Truth,’ she has earned about $6 million. After which, her earnings doubled to $12 million for ‘Killers’ and ‘Life as we know It,’ and she got more success with every release. Moreover, ‘One for the Money’ earned her a handsome amount of $15 million.

Heigl has an approximate net worth of about $30 million, and as is evident, she has worked exceptionally hard to build her empire. With such impressive net worth, the award-winning actress now leads a lavish life in her luxury mansion in Los Angeles.

READ NEXT: They’re All Gonna Laugh At You: How Adam Sandler Amassed $420 Million